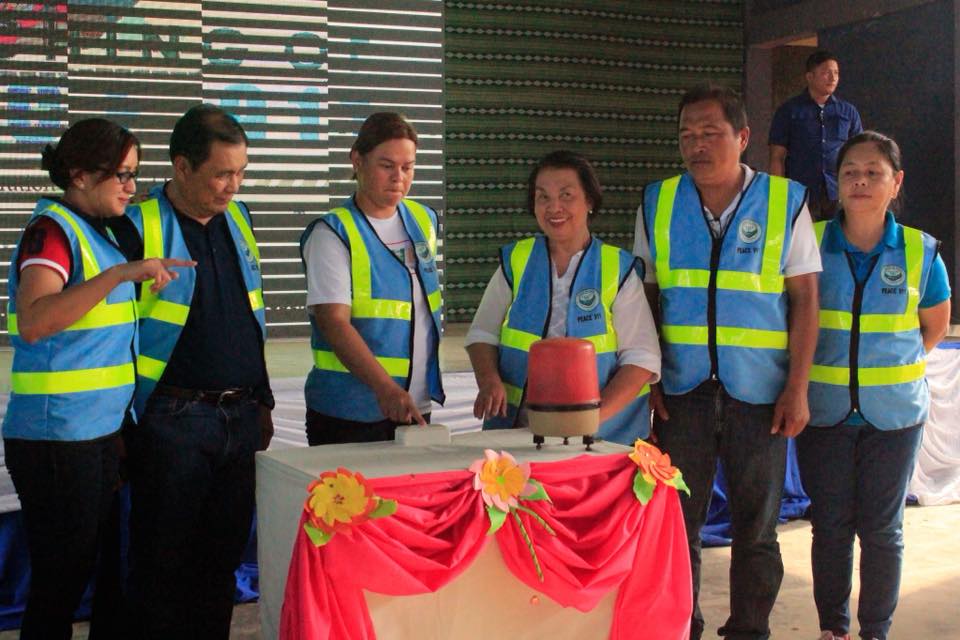 ​DAVAO CITY, Philippines – ​The ​city government ​launch​ed​ ​its peace and development initiative to the troubled northern part of the city, as the mayor appealed for public support to economic projects aimed at bringing livelihood to local residents.

Called Peace 911, in reference to the city’s Emergency Response Center 911, Mayor Sara Duterte-Carpio said the development initiative was given to Paquibato District where she said the economic situation has also reached the emergency level.

​”​Your situation here in Paquibato reached emergency level, I’m 40 years old and 40 years you have this situation until now,” she said.

​She said the ​Peace 911 “is an initiative to change the pattern of development by using a human-centered approach taking in account cultural diversity social justice and participatory decision making​”​.

​”It’s ​t​he answer to the needs of people in Paquibato,” she added.

​She said the Peace 911 would “make sure the project that is needed according to you is the solution, will be seen and implemented in your barangay”.

​The Smart and Globe telecommunication companies would be putting up communication towers to put mobile signal in the area and to build chocolate factory for the growth of the agriculture in Paquibato as residents requested.

​”​Hangyo lang nako sa inyoha kung pwede lang suportahan ninyo ang mga proyekto nga gi-ingon ninyo na mao’y inyong kinahanglan (I would ask you to support and protect the project that according to you is the help that you need),” she said.

Many barangay residents have also asked the mayor to rebuild the bridge.

“What we need here is for them to repair the broken bridge that connects barangay Panalum to Panabo that has broken a year ago,” said Edgar Manlios resident of Barangay Panyalong.

(The discussion is a big help to the people here and also getting the grievance of the residents in Paqiubato and in this contain good response to the people in regards of the program that has been discuss by mayor earlier.)

On the end part City Mayor Sara asked for the participation and commitment of the people in protecting the project coming in Paquibato district. (davaotoday.com)