COTABATO CITY, Philippines — They were born in different circumstances yet they both longed for everlasting peace in a place where the decade-long conflict has been the creator of their fate.

On the day of the plebiscite here, two young Maguindanaons have cast their votes, one supports the inclusion of Cotabato City under the soon to be Bangsamoro Autonomous Region of Muslim Mindanao or BARMM, and the other one wanted Cotabato to remain a charter city.

Two residents of Cotabato City who asked to hide their identity shared their thoughts on peace.

Fatima(not her real name), 21-year-old, is a fresh graduate of BS Accountancy. She voted YES. She came from a Maguindanaoan tribe from Datu Piang, Maguindanao.

She was 11-year-old when her family was forced to left their hometown and transfer in a small compound in Cotabato City because of the never-ending conflict in their community. 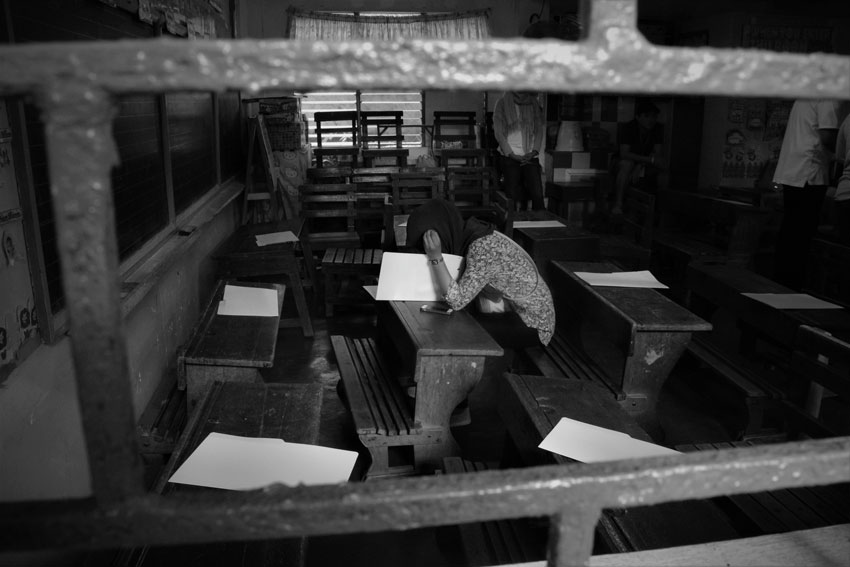 Fatima (not her real name) votes early during the plebiscite on the ratification of Bangsamoro Organic Law (BOL) on Monday, Jan.21 at Lugay Lugay Central Elementary School in Cotabato City. Fatima said she hopes that voting Yes to the BOL would bring peace in the Bangsamoro. (Kath M. Cortez/davaotoday.com)

“We always hide and the running is never-ending. Life in a conflict area like ours is tiring and petty,” Fatima said.

She lined up early morning to vote for the plebiscite in Lugay Lugay Central Elementary School as she, among others, remained hopeful for the Bangsamoro Organic Law as the only solution to the unstoppable war and conflict in Central Mindanao.

“I think my vote will matter to everyone’s effort in bringing peace. Even if it’s too early, this is all I can do as a Bangsamoro,” she added.

He is still in jail up to present. Fatima’s childhood is a mixture of fear and hopelessness. Back then, when she was still young, gunshots heard in their community, or even in school became a normal sound and soon after a stay in an evacuation camp is an absolute “normal” scenario.

“During class hours or just on a normal day where we are doing chores, we can hear gunfights. We can see helicopters flying, dropping bombs” she said.

She hoped for peace and justice for her brothers.

But Kareem(not his real name) voted NO. His childhood was similar to Fatima as he grew up in the marshland of Maguindanao before he was arranged by his family to marry a girl she never met from Cotabato City.

He became a small entrepreneur, managing their copra business in Cotabato City. Kareem witnessed the darkness of war.

In his younger years, they often evacuate to save their lives in the crossfire between armed rebels and soldiers. Their belongings including farm animals were always the casualty of war.

“Often times our animals die when we evacuate, our house is burned or ruined in war,” Kareem recalled.

In those times of fear, poverty, and uncertainty, Kareem thought their situation is hopeless and the only escape is to marry someone living in the city. 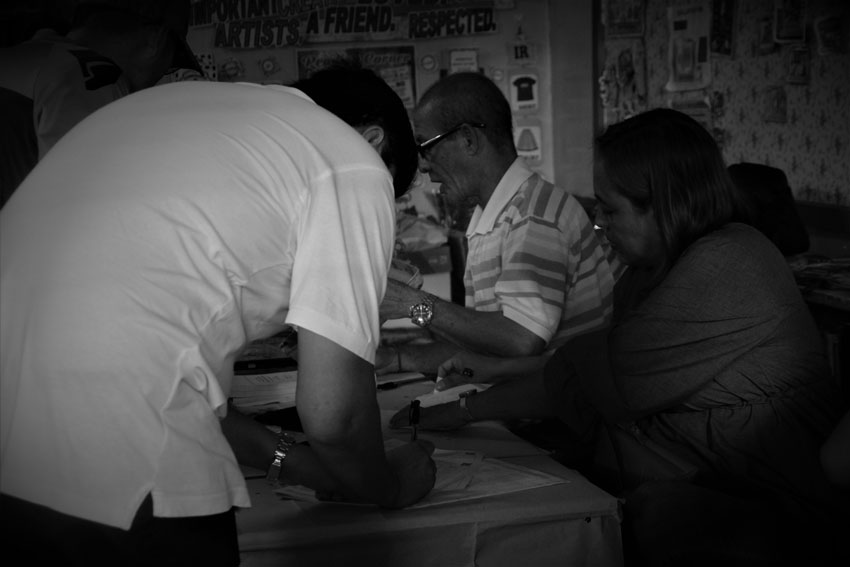 Kareem (not his real name) said he believes that change of governance is only a sort of band-aid solution, and attaining peace in the Bangsamoro will only need will in good governance. Kareem is one of the Moro people who voted No during Monday’s Bangsamoro Organic Law plebiscite. (Kath M. Cortez/davaotoday.com)

He believed that peace can be attained by a will in good governance anchored by a democratic leadership. Though many of the Bangsamoro people are hopeful, Kareem firmly believed that the change of governance is “not the answer but a sort of band-aid solution to ease the people’s suffering.”

“I have witnessed how the Bangsamoro celebrated when the government gave us the Autonomous Region. Though there are some benefits, the majority of our people remained poor, uneducated,” said Kareem.

Both Fatima and Kareem longed for peace. But to attain peace, they have different perspectives.

One believes that peace can be gained through the Bangsamoro Organic Law that presents the ending of a more than four-decade conflict in Central Mindanao with more venues not just for social empowerment but also for economic empowerment. It is not just a step towards peace but it also allows the laying of arms and focuses on the creation of the new Bangsamoro.

The other one believes that giving a chance to the current leadership of the city to push forward in governance as it proves that it can do better if given a chance.

Cotabato City is the regional center of the current Autonomous Region of Muslim Mindanao though it is administratively part of the Soccsksargen region, which is composed of the provinces of South Cotabato, (North) Cotabato, Sultan Kudarat, and Sarangani, as well as the highly urbanized city of General Santos. Cotabato City is an independent component city, not subject to regulation from the Provincial Government of Maguindanao where it is geographically located.

On Monday’s plebiscite, tensions between BOL supporters and non-supporters erupted to several confrontations and resulted in various commotions in different polling precincts. These incidents have caused additional fear among voters. Cotabato is the only city in Central Mindanao that signifies opposition to the inclusion under the BARMM.

At the end of the day, both Fatima and Kareem said: “Whatever the result may be, let’s hope it will bring the true peace to the Bangsamoro and justice to victims of war.” (davaotoday.com)