‘President is key for the peace talks to succeed’ 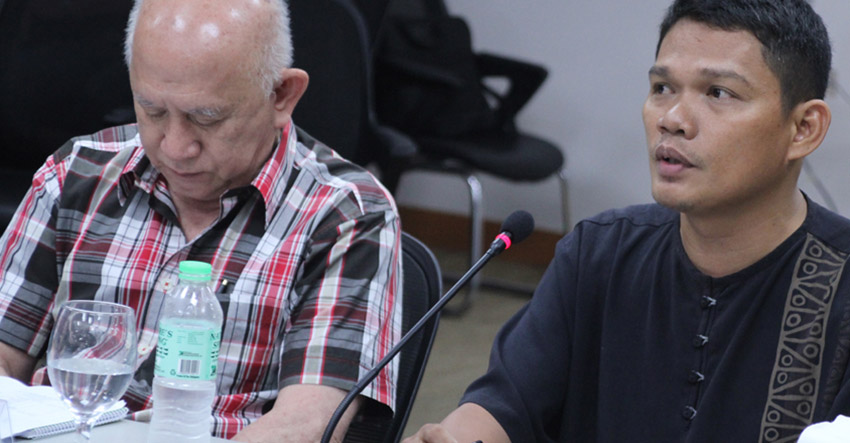 DAVAO CITY – A leader of a church alliance said three factors must be present to ensure the progress of the resumption of the peace process between the government and the National Democratic Front.

Fr. Christopher Ablon from the Philippine Ecumenical Peace Platform said the three factors are: the President and his willingness to push through the peace negotiations, trust between the two parties, and unwavering negotiators.

“Principal is key, the President is the key. So we believe that if the President is willing and has the political will, it will push through,” Ablon said during a multisectoral dialogue organized by the Ateneo De Davao University last Wednesday, June 8.

Ablon cited the experience with the peace process during the time of former President Fidel Ramos, who pushed through with the talks.

“His attitude was to go on with the talks, whatever happens,” he said, adding that they see the same character with President-elect Rodrigo Duterte.

“His said if you can’t shoot the ball, you just keep on dribbling. So that talk didn’t stop,” Ablon said.

The government-NDF peace talks began under the Ramos administration in 1992.

Under his presidency, the two parties were able to sign the Joint Declaration which was signed on September 1, 1992, in The Hague, The Netherlands.

Ablon said there should also be respect for the previous agreements to build trust.

“Most of the downfall of the peace talks was on the issue of trust,” he said.

He said if the panel, themselves, proclaimed or pronounce that they don’t believe in the process anymore, it will affect the continuity of the peace talks.

Ablon also said the panel member’s belief in the peace process is important. He said they are optimistic with the composition of the peace panel of the incoming administration.

He said these three factors were missing during the previous administrations.

Ablon also underscored the need for the “vibrant participation of the people in the actual process of the negotiations.”

Ablon said that they are very happy with the positive developments of the peace process, especially with President-elect Rodrigo Duterte’s interest to resume peace talks. He said they are preparing for the resumption of the preliminary talks next week.

Meanwhile, Fr. Joel Tabora, University President of the Ateneo de Davao University said they are also supportive of the resumption of peace talks, saying there is much room for dialogue between Christians and NDF representatives who are committed to social justice.

Ablon also said encouraged Duterte to “push through and overcome whatever hindrances spoilers might throw in his administration,” he said. (davaotoday.com)