DAVAO CITY, Philippines – In President Rodrigo Duterte’s hometown, groups staged a protest rally as he delivered his third State of the Nation Address on Monday, July 23.

Led by Bagong Alyansang Makabayan-Sothern Mindanao, protesters denounced what they call as “anti-people policies” of the Duterte administration: Martial Law in Mindanao, Tax Reform for Acceleration and Inclusion or the TRAIN law, Charter Change, “bloody” war against illegal drugs, and the stalled peace talks with the communists among others.

Around 500 activists from different parts of Davao region converged at the Freedom Park along Roxas Avenue here for a program they dubbed as the “People’s SONA”, where leaders from different sectorsdiscussed the “real state” of the Filipino people under the two years of the Duterte administration.

The program is part of the nationwide protest in time for Duterte’s SONA. Protest rallies were also held in different key cities in Mindanao.

Carlo Olalo, secretary-general of Kilusang Mayo Uno-Southern Mindanao, said Duterte failed to deliver his campaign promises of genuine change as it continues to favor the interests of the oligarchs and foreign countries like US and China.

He also condemned the military and local government’s attempt to muddle the protest rally.

“Participants from outside the city were being held and harassed at the army’s checkpoints to delay our program,” Olalo said.

A brief commotion between activists and police forces marred the protest after authorities prohibited the activists from burning the effigy of President Rodrigo Duterte. Firefighters immediately stopped the fire with extinguishers.

Sta. Ana Police Station Chief Michael Uyanguren said the activists violated the Republic Act No. 8749 or the Clean Air Act of 1999 for burning the effigy.

Uyanguren said they are planning to file charges against the leaders of the group.

But, Olalo said, they were just practicing their right to express dissent against the government.

Here are some photos during Monday’s protest in time for Duterte’s third Sona: 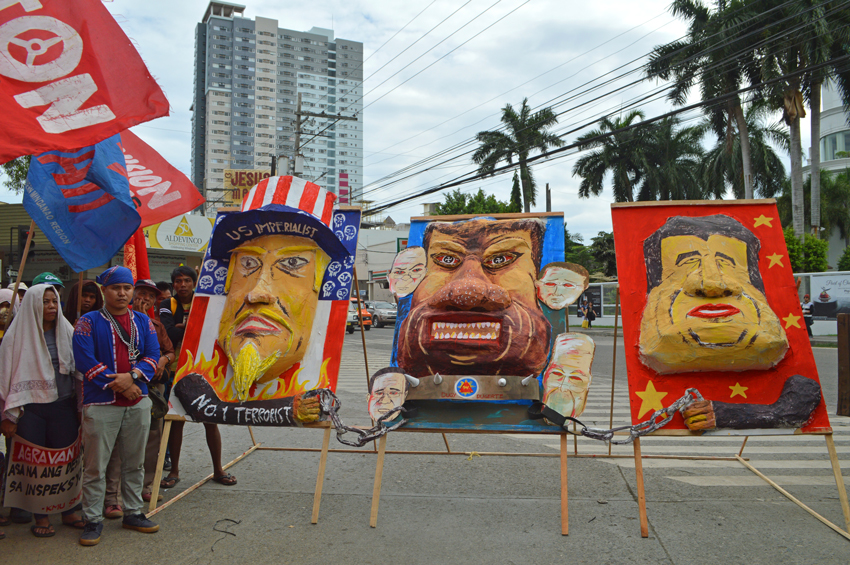 An effigy of President Rodrigo Duterte with a chain held by America’s icon Uncle Sam and China’s Xi Jinping is brought by activists to portray what they call as a “puppet government” of the two foreign countries. (Medel V. Hernani/davaotoday.com) 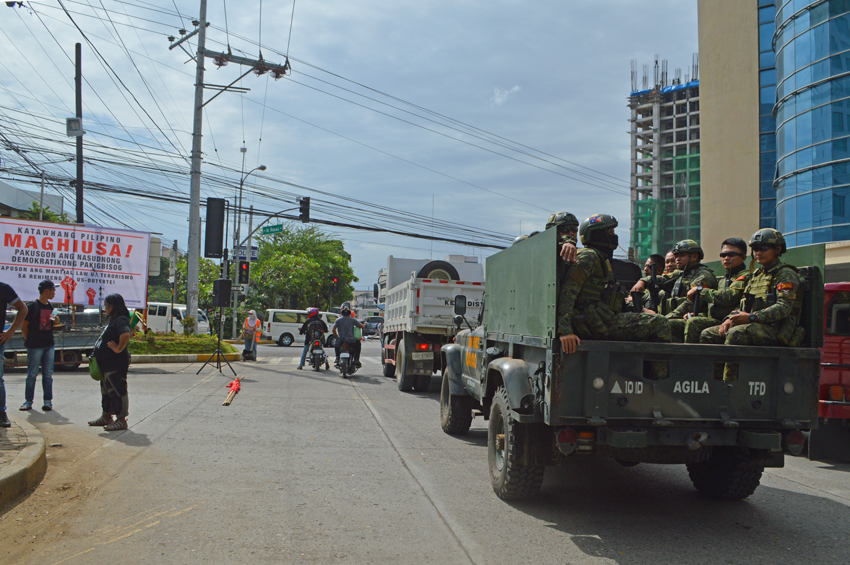 Troops under the Task Force Davao were deployed ahead of the protester’s program as the city and whole Mindanao is under martial rule. (Medel V. Hernani/davaotoday.com) 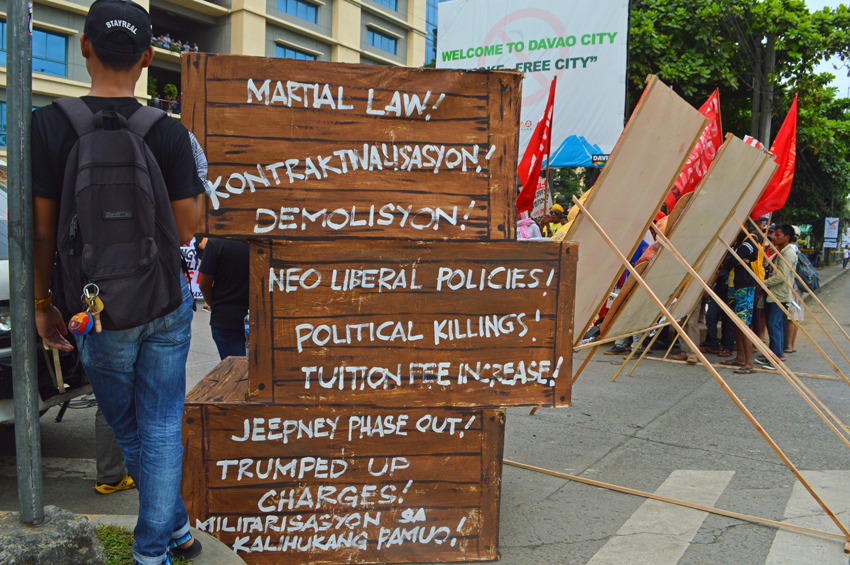 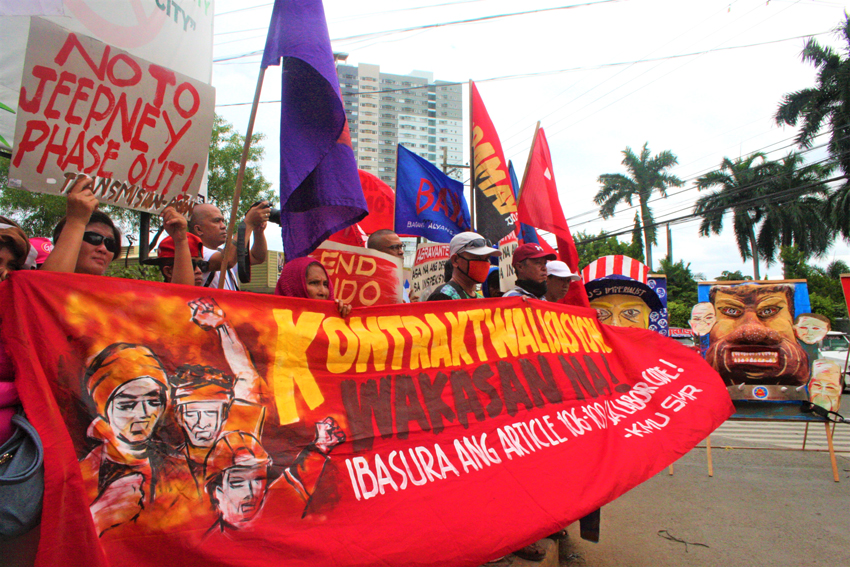 Workers under Kilusang Mayo Uno join the protest calling for the end of labor-only contracting in the country, one of Duterte’s campaign promises. (Kath M. Cortez/davaotoday.com) 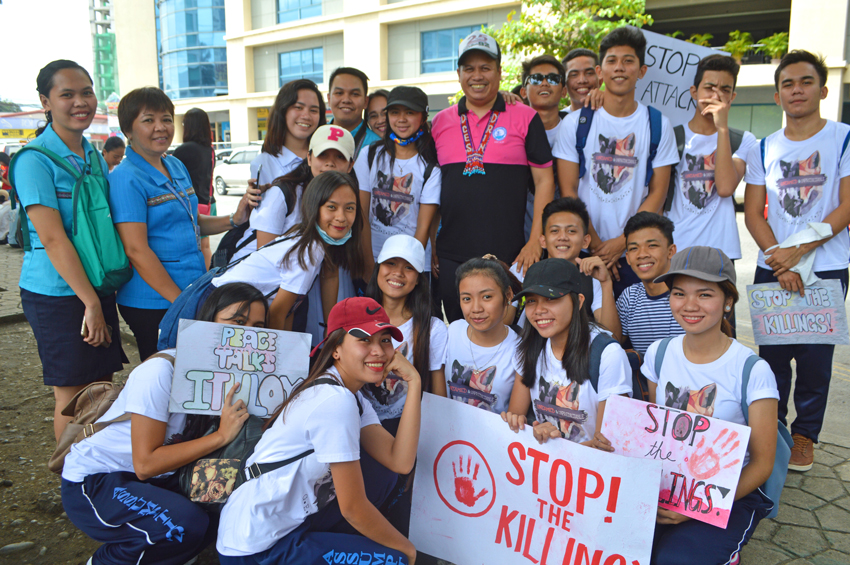 Faculty and students of the Assumption College of Davao pose for a photo during Monday’s protest. (Medel V. Hernani/davaotoday.com) 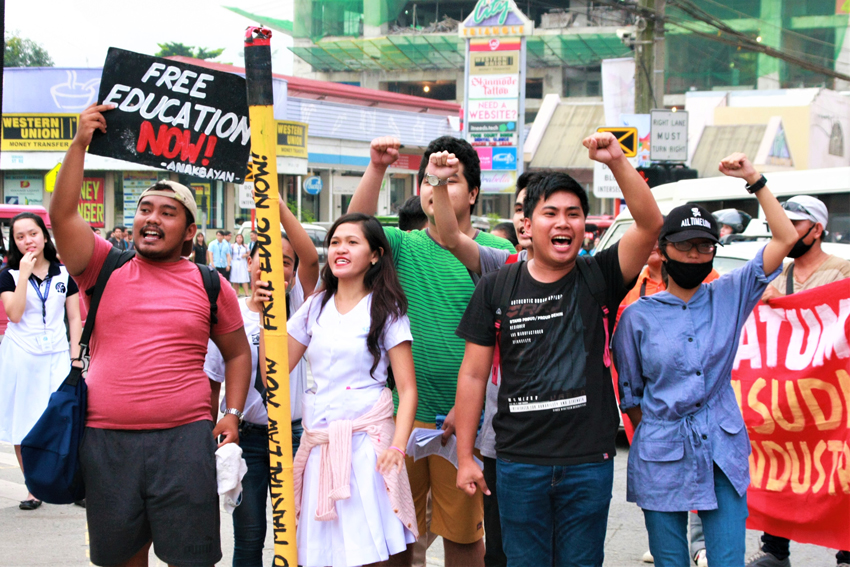 Youth and students were also among the participants during Monday’s protest. (Kath M. Cortez/davaotoday.com) 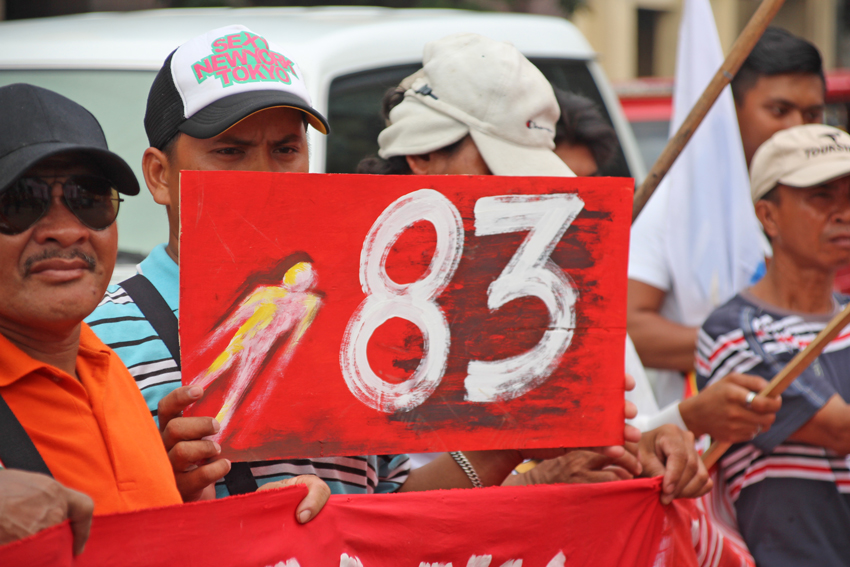 A protester holds a placard with number 83 representing the number of victims of extrajudicial killings in Southern Mindanao region under the Duterte administration. (Mara S. Genotiva/davaotoday.com) 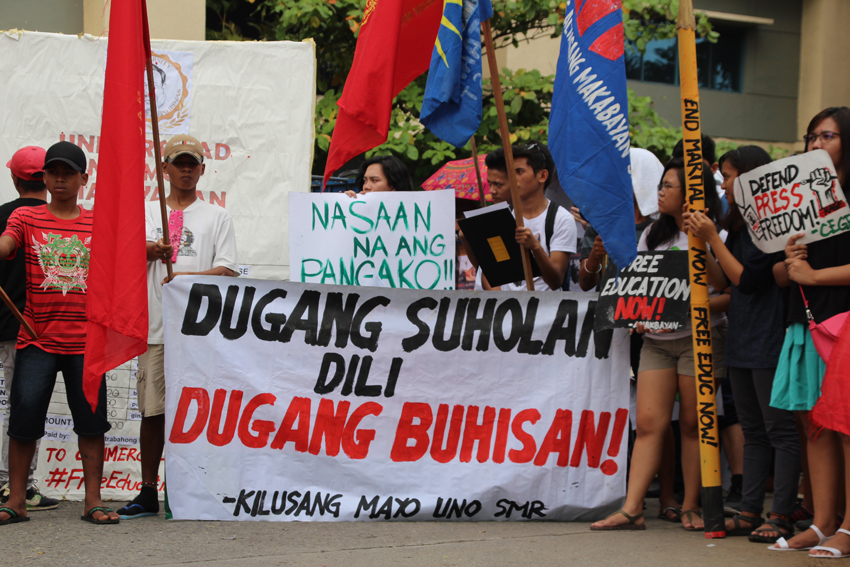 Activists criticize Duterte’s Tax Reform for Acceleration and Inclusion or the TRAIN law as an added burden to poor Filipino families. They call for minimum wage increase instead of additional taxes. (Mara S. Genotiva/davaotoday.com) 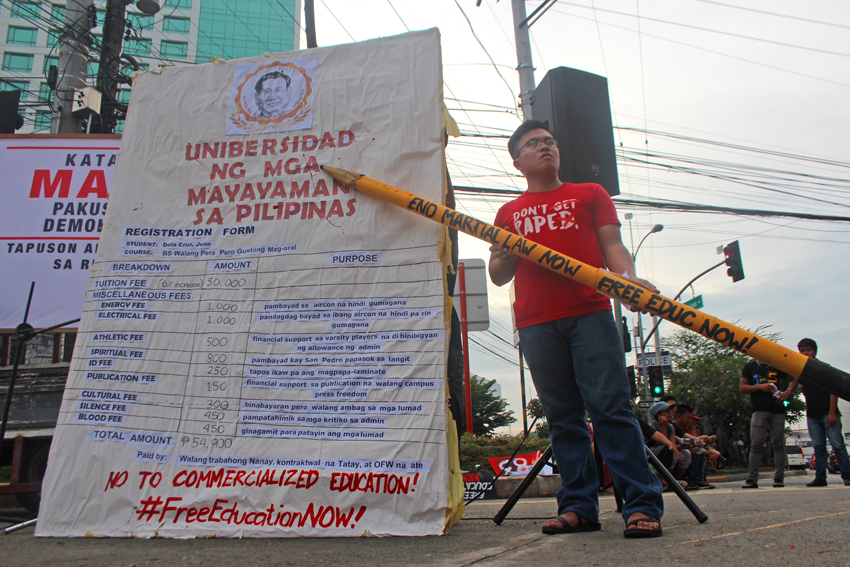 Youth activist presents a mock school assessment form with breakdown of the cost of education in the country. The group said tuition and other school fees continue to rise under Duterte’s administration. (Mara S. Genotiva/davaotoday.com) 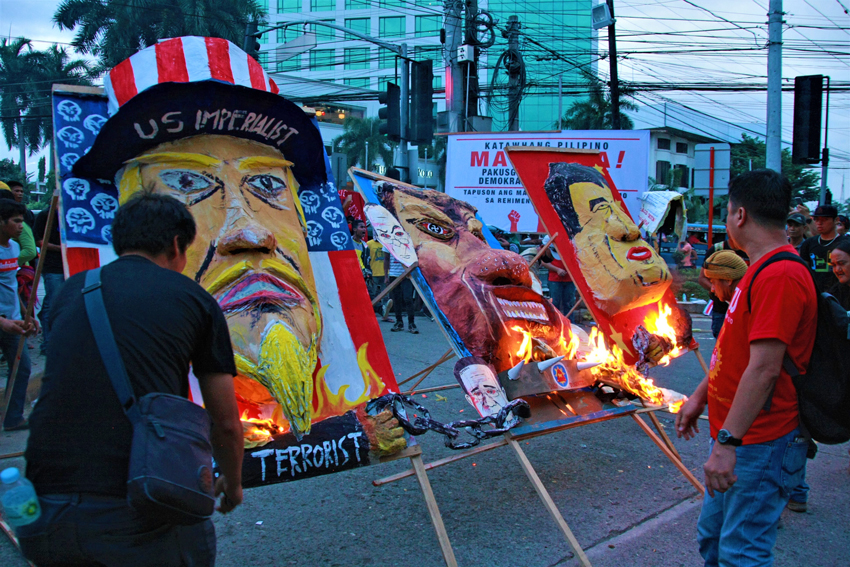