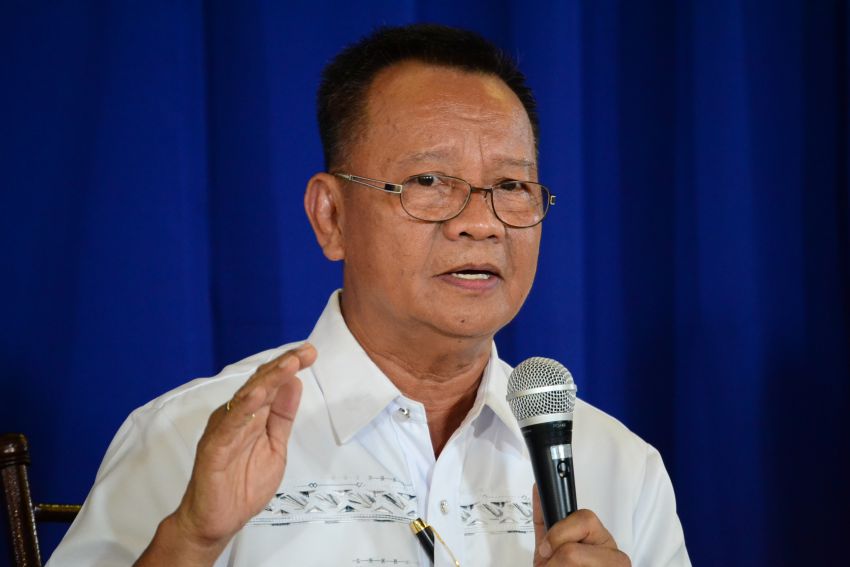 DAVAO CITY, Philippines – Despite criticisms on the anti-drug war, the Philippine Drug Enforcement Agency said the present administration’s war on drugs is successful a year after President Rodrigo Duterte has taken the seat of presidency.

“I would say that we are successful,” said PDEA Director General Isidro Lapeña said during the Mindanao Hour press briefing held at the C-Tree Hotel, Ecoland, here on Friday.

According to the report, figures have doubled and tripled compared to the previous administration.

“As you will know, our President during his inaugural speech, he said that the drug problem must be stopped by all means allowed by law. It will be relentless and sustained. And then during his SONA, he said that to double, triple your effort in the campaign against drugs,” Lapeña said.

The increase of percentage was also justified by the number of government workers arrested having 302 personalities compared to last year’s 97 that means 211 percent more and the 283 percent rise on the value of drugs seized in billion pesos reached a total of P82.52 billion compared to the P4.8 billion the previous year.

Shabu seized in kilograms also tripled and corresponded to a 198 percent increase from 820 kilograms to 2,446 kilograms.

In addition to the accomplishment, Lapeña said that about 3,677 barangays have already been cleared or declared as drug free barangays.

“But of course, these are the figures. But what we wanted to be able to accomplish is this figure will be translated into something that our people will feel, especially on the grassroots,” Lapeña said.

“While we have done so much, well so much more has to be done,” Lapeña said.

However, the Human Rights Watch (HRW) said in a statement that President Duterte’s first year “unleashed a human rights calamity” in the country mainly because of the anti-drugs campaign.

The HRW said that the war on drugs resulted to “drug-related overcrowding of jails, and harassment and prosecution of drug war critics” and caused a “steep decline in respect for human rights” since President Duterte took office on June 30 last year.

The group said that by January this year, over 7,000 deaths were recorded because of the government’s war on drugs.

However, according to a report by the agencies involved in the anti-drug campaign, the #RealNumbersPH show that from July 1, 2016 toMarch 31 this year, only 19.6 percent or 1,847 out of the 9,432 homicide cases were recorded as drug operations-related while 1,894 or 20.1 percent were not drug-related and 5,691 or 60.3 percent are still under investigation.

In response to HRW’s statement, Presidential Communications Operations Office Assistant Secretary Ana Marie Banaag said in a press conference that the group seemed to have brushed aside the gains and accomplishment of the war on drugs.

“We don’t feel good about the comments of the Human Rights Watch… We have to realize that the president stood and won on a platform of genuine change,” Banaag said.

“Human Rights Watch should not brush aside all the programs especially on the enforcement side,” Banaag said. (davaotoday.com)