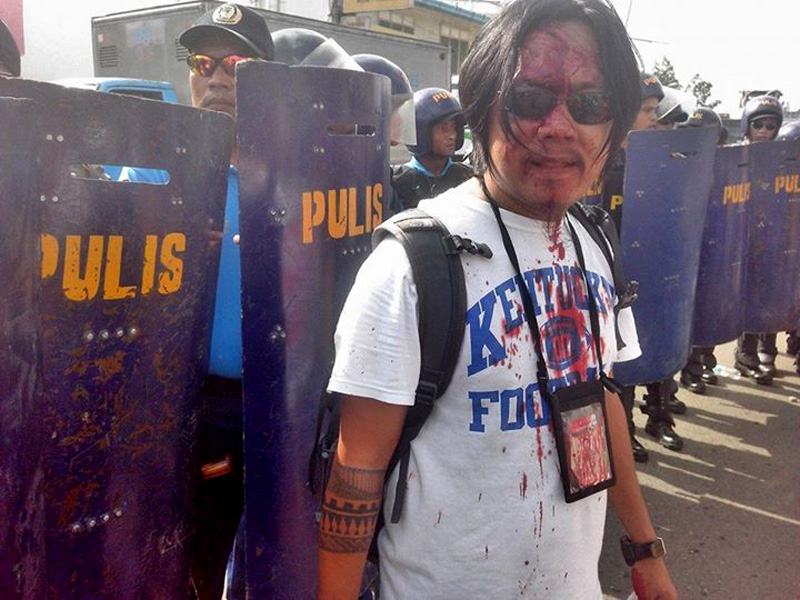 The farmers staged rally at the Armed Forces of the Philippines’ Eastern Mindanao Command in Panacan Thursday afternoon condemning the military’s continued encampment in communities in the past months which they said had sown fear among residents especially on children.

They also condemned the killings of farmer leaders in the areas which they blame on the military.

The farmers came from the municipalities of Compostela, Pantukan, Maco and others in Compostela Valley Province.

The injured were brought to the Southern Philippine Medical Center for treatment.

The city is known to tolerate rallies by activists. But this is the second rally in a row to be dispersed by the Davao City Police headed
by Vicente Danao. (John Rizle Saligumba/davaotoday.com)