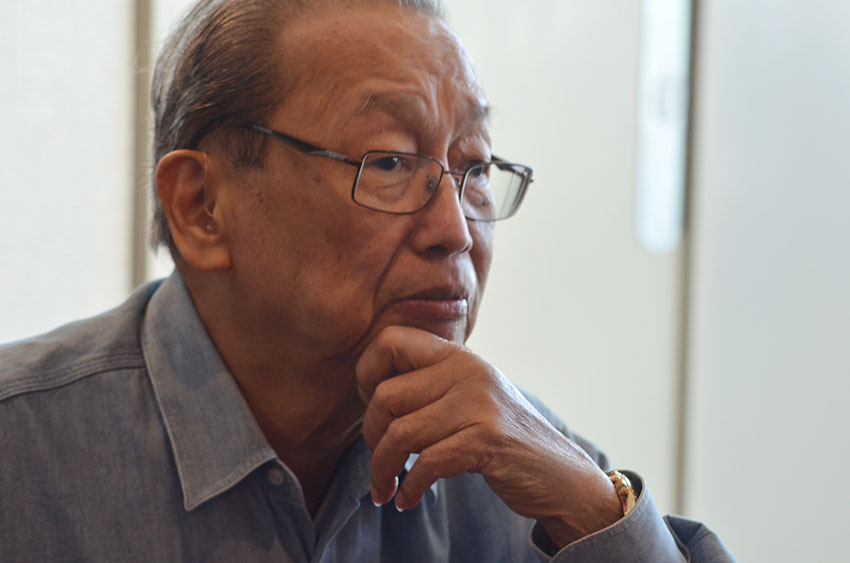 DAVAO CITY, Philippines – For the human rights group Karapatan, the plot to assassinate National Democratic Front of the Philippines chief political consultant Jose Maria Sison is an affront to the continuing efforts to bring just and lasting peace in the country.

In a statement to the media on Thursday, Karapatan secretary-general Cristina Palabay said: “This is an affront to the efforts for just and lasting peace. Attacking NDFP’s chief political consultant further jeopardizes and constricts the window for the continuation of the peace process. Indeed, when the peace process is stalled, only peace spoilers such as the AFP (Armed Forces of the Philippines) and the US (United States) have much to gain.”

Significant analyses on the impacts of imperialist aggression of people’s rights and the existing global and national situation have been written by Sison over the years, Palabay said.

Earlier this week, NDFP released a statement exposing a plot to assassinate Sison and overthrow the administration of President Rodrigo Duterte.

Though the plan to kill Sison has the blessing of Duterte and AFP chief of staff Gen. Eduardo Año, the NDFP said the overthrow of the present administration will be carried out by the military through a coup d’etat.

The NDFP added the information need further verification but has identified the Central Intelligence Agency as the main instigator of the plan.

“If there is a grain of truth behind these reports, this further exposes the AFP’s complete disrespect and disregard for previously signed agreements such as the Joint Agreement on Safety and Immunity Guarantees (JASIG) and the Comprehensive Agreement on Respect for Human Rights and International Humanitarian Law (CARHRIHL). It reveals that the US government, Pres. Duterte and ranking officials of the AFP are not interested in peace beyond the shallow definition of a truce, and it is indicative of how they disregard international laws and signed agreements,” Palabay said.

She also expressed belief on the involvement of Año to the plan, labeling him as “a psychopath and mercenary of the US government” and having blood stains in various human rights violations, enforced disappearances, and extrajudicial killings.

But the plot, particularly the coup d’etat against the Duterte administration was dismissed by Malacañang as rumors that exist for months.

“Yun pong mga rumors of attempts to overthrow the President has been around from ​D​ay ​One, okay,” presidential spokesperson Ernesto Abella said in a press conference in Malacañang on Thursday.

Abella emphasized,​ “​h​owever, ​​​latest twist where they include themselves (the NDFP) is an insertion of themselves into the plot. It’s rather pathetic, okay.”

He also pointed out the report has no basis.