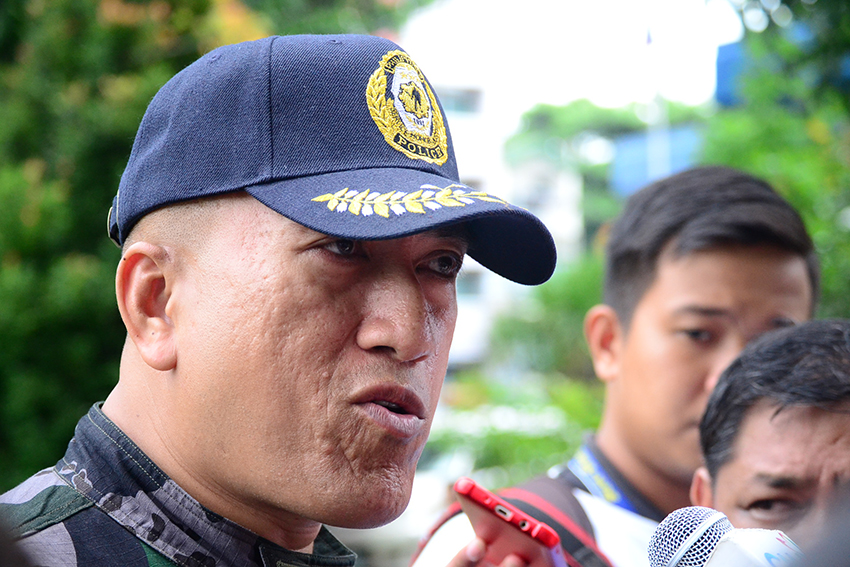 DAVAO CITY, Philippines – Police here have gathered information that the passenger that allegedly brought firearms into the city on August 21 could be a member of the New People’s Army (NPA).

“Obviously with the appearance of the firearms, those were dug out from the ground,” Alexander Tagum, Davao City Police Officer (DCPO) director, told reporters on Monday, August 28.

Tagum pointed out that bomb-sniffing dogs are only capable of detecting firearms when they are not new, apart from inspecting the seized items appearing to bear rusts.

“They have been used before, so obviously this is intended for a New People’s Army hit squad,” he added.

Authorities have filed the suspect a violation of Republic Act 10591, or the anti-illegal possession of firearms law.

Tagum, basing on intelligence report, said the suspect’s background is clearly affiliated with the NPA.

The suspect’s bag was detected positive for containing seven .45 pistols and a UZI submachine gun with three magazines and a silencer at a checkpoint in Sitio Licanan, Barangay Lasang, Bunawan District at around 9 am on August 21, a day after the Kadayawan festival.

Testimony from the Bachelor bus conductor reveal that the suspect is estimated to be between 20 to 30 years of age, and was said to depart from Lipata, Surigao City. The conductor said he did not return after they were disembarked for profiling at the Task Force Davao checkpoint.

“We have received information as to where these firearms are heading to that’s why we, the DCPO, continue to keep an eye on whatever they’re planning to do,” Tagum said.

Davao has heightened its security measures since President Rodrigo Duterte declared martial law in May this year. Police here increased its personnel manning the checkpoints and mobile checkpoints to foil operations carried out by terrorist groups in Mindanao. (davaotoday.com)