Pulong lashes out at protesting workers in Davao City 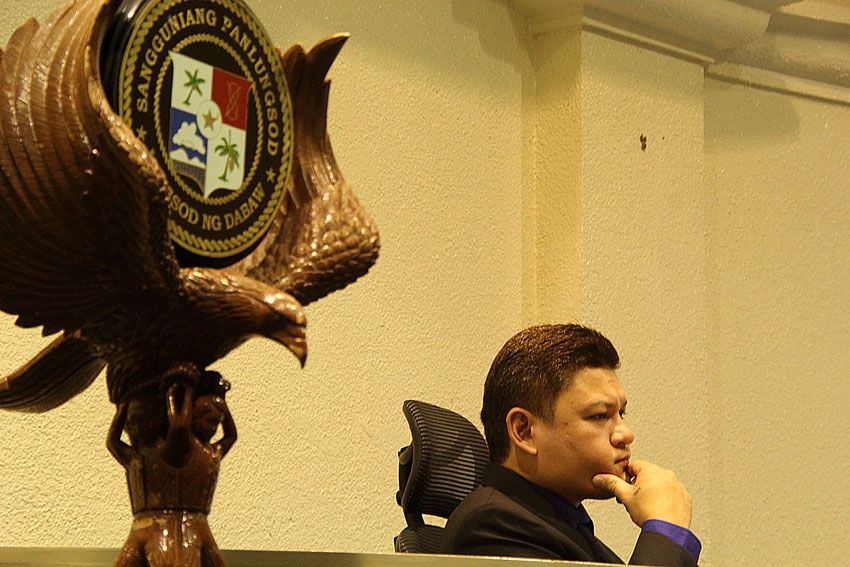 Duterte on Tuesday, May 31 said the Japanese owner of the Nakashin company might shut down the company due to the failed deliveries of the product caused by the strike made by the protesters.

The protesting workers put up a barricade outside the company premises on Wednesday, May 25 to condemn what they call as the illegal dismissal of 75 employees.

Duterte said that yesterday, Monday May 30, he called for a meeting together with the protesters and the owner of the company to settle the issue.

“The owner said that the company is losing and they are asked to pay P60 million to their international investors since they have a breach of contract so they might shutdown the company, so what will be the agreement then when the company is already closing?” Duterte said.

He added that the owner will still have to dismiss 280 workers.

The vice mayor has questioned if the KMU studied this possibility “since they are asserting their calls on bringing back the dismissed workers despite the company’s shut down statement.”

“I am angry, Davao City was humiliated, you (protesters) put the city in a bad light,” Duterte said.

He even added that KMU failed to protect the investments here in the city and advised them to help instead.

Meanwhile, Carlo Olalo, spokesperson of the Kilusang Mayo Uno Southern Mindanao Region said that it is impossible for a multi-million company to shut down just because of the barricade made by the dismissed employees.

“The company operates for a long time; it generates millions in just a week since there are three shipments being done per week so if we compare it with the protest made by the dismissed employees, we don’t believe it,” Olalo said.

He said that the employees can testify that the statement of Vice mayor Duterte on the shutdown of the company “is just a lie”.

“We just knew the information on the shutdown of the Nakashin when we were inside the office of the Vice Mayor,” he said citing the negotiations between Nakashin and the protesting employees last Monday.

Olalo said that the workers do not believe Duterte and the company’s statement “because the company just hired new workers”.

Before they decided to barricade the entrance of the company on May 25,  the protesting workers had put up camps outside the company premises for 34 days.

“During the camp out,  no negotiation happened. We waited for the management for 34 days to answer the problem of the dismissed workers but there was no answer from them,” he said.

Olalo said that the KMU followed the mediation process set by the vice mayor.

Before the meeting in the office of the vice mayor, Olalo said that the vice mayor assured them to settle the problem and help the workers by crafting a Memorandum of Agreement (MOA).

“He said that we will just wait, 6:00 pm Saturday May 28.  We waited until Sunday but there was no MOA sent to us by the Vice Mayor,” he said.

Olalo said that when Duterte came to the picket on Monday, May 30, they were surprised because the Vice Mayor was already angry. He said Duterte nagged against KMU and even the dismissed protesters accusing them not following the agreement.

“The workers together with KMU are dismayed by the behavior of the vice mayor in handling the mediation in both from the company and to the 75 illegally dismissed employees,” he said.

Olalo said they will continue the barricade until the company address the calls of the dismissed workers. (davaotoday.com)