Remains of Hapilon, Omar to be buried in secret – military 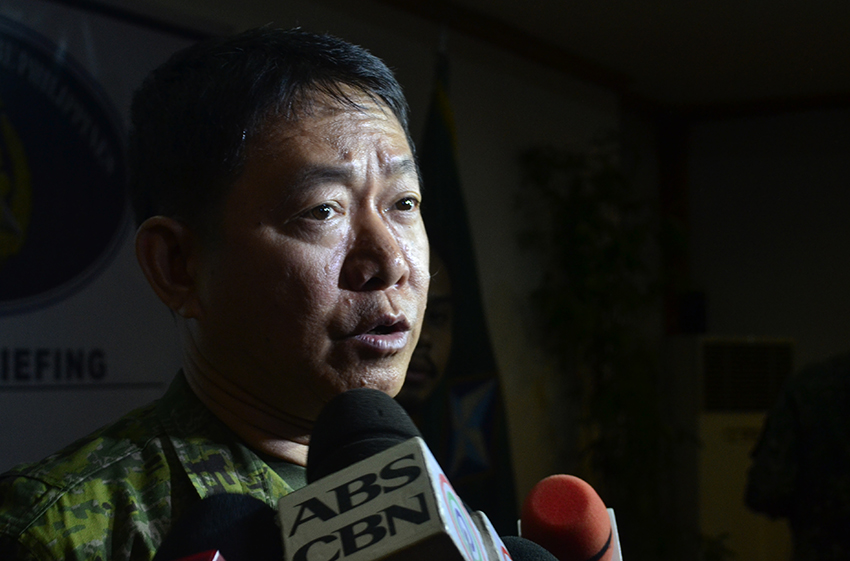 MARAWI CITY, Philippines –The remains of slain Abu Sayyaf sub-leader Isnilon Hapilon and Maute Group leader Omar Maute will receive an Islamic burial but the military says it will not disclose where the ceremony will take place.

“We will not announce where they will be buried so that their followers will not make them symbols of martyrdom,” General Eduardo Año, Chief of Staff of the Armed Forces of the Philippines (AFP), said on Monday, October 16.

Hapilon and Maute were killed on the same day when troops assaulted the Islamic State-inspired Maute group’s stronghold in Marawi City.

IN PHOTOS: A war that turned Marawi into rubble

In a press conference, Año said the dead bodies of two leaders were positively identified by the troops on the ground.

Año said they tried to get the two alive but since they were armed, the troops ended up firing at them.

“They were killed during an encounter. The situation is fluid. We are very careful in our rescue operation. We do not fire on anybody who do not carry firearms. We make sure he is not (a) hostage,” Aṅo said.

During the encounter, Isnilon carried with him a R4 assault rifle while Omar was armed with M4 carbine, and was hit by a sniper tank of the Philippine Army, said Año.

Hapilon had a $5-million bounty for his head while Omar had P5 million.

Año said these bounties will be given to the qualified and deserving recipients. “This will undergo a process of the US reward system. We have informants who will receive the reward,” he added.

Despite of the recent development, Año clarified that the AFP is not declaring Marawi City clear and that there will be no movement yet of troops and assets from the main battle area.

“The Maute brothers and Isnilon are the ‘centers of gravity’ or the strength of the group who pull the whole organization for support,” Año said. (davaotoday.com)