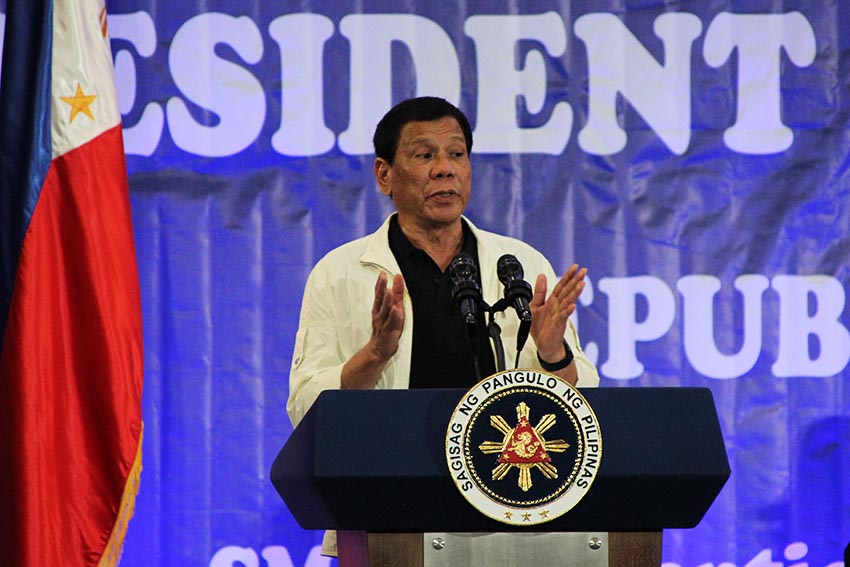 DAVAO CITY, Philippines –– Research group IBON, in a recent statement, welcomed the recent move by the administration of President Rodrigo Duterte in rejecting the official development aid from the European Union.

The rejection was anchored on the fact that ODA from EU is being used to intervene in the internal affairs of the country.

But IBON also told the Duterte administration of clearer basis to reject aids from the United States.

“There is, however, a much clearer and stronger basis to reject ‘aid’ from the United States (US), which has used its aid programs to become the most interventionist foreign power in the country,” the research group said.

IBON also took note that aid from EU contributed to a very small share from the total ODA the country received in past years.

“The US$227 million from the EU in 2015 was just 1.5 percent of total ODA for the year. Even if aid from multilateral agencies is not counted, EU aid to the Philippines is still less than 3 percent of total bilateral aid from individual donor countries,” IBON said.

The group also pointed out that Japan is considered the leading ODA donor to the Philippines with 65 percent share of total bilateral aid.

Japan is followed by the US at 15 percent, Australia at 7 percent, and Korea at 6 percent.

“The US is the most interventionist foreign power in the country and aggressively interferes in the country’s economic and political affairs far beyond what the aid figures might indicate,” IBON said.

The group also cited former United States Agency for International Development Administrator Andrew Natsios who candidly said that development aid is the most important tool of American influence in the developing world.

“The US is the single-biggest foreign influence on Philippine economic policy-making. Taking just the period since 2011, the US government had been using the US$739 million Partnership for Growth (PFG) initiative to bring the Philippines into its flagship Asia-Pacific economic integration scheme – the Trans-Pacific Partnership (TPP) agreement. Though the new US Trump administration has junked the TPP, the PFG will certainly still be used to push pro-US economic policies, said the group.”

IBON also noted of the US$1 million USAID-funded The Arangkada Philippines project (TAPP) that was administered by the American Chamber of Commerce from 2010 to 2016 that lobbied policymakers on 471 policy recommendations of which some 80% have been started or already completed.

“In addition to this, there are four other USAID economic policy intervention projects cumulatively worth some US$50 million (P2.4 billion): Trade-Related Assistance for Development (TRADE), Facilitating Public Investment (FPI), Investment Enabling Environment (INVEST), and Advancing Philippine Competitiveness (COMPETE) Project. These are multi-year projects but it is still striking that their combined budgets rival the personnel expenses of the government’s entire economic planning agency National Economic and Development Authority (NEDA),” IBON said.

The group added that the US wants policies that benefit American corporate export and commercial interests as well as create the kind of free market-driven trade and investment system in the Asia-Pacific that allows it to maintain its hegemony and dominant economic position.

“US intervention in Philippine economic policy-making has always been to serve its own economic interests and not to develop the country,” IBON said.

International development cooperation, IBON emphasized, “should be about development and improving the lives of people.”

The group added that “rejecting US aid will send the strongest possible signal that the Duterte administration indeed upholds independent foreign policy including in the vital economic realm.” (davaotoday.com)