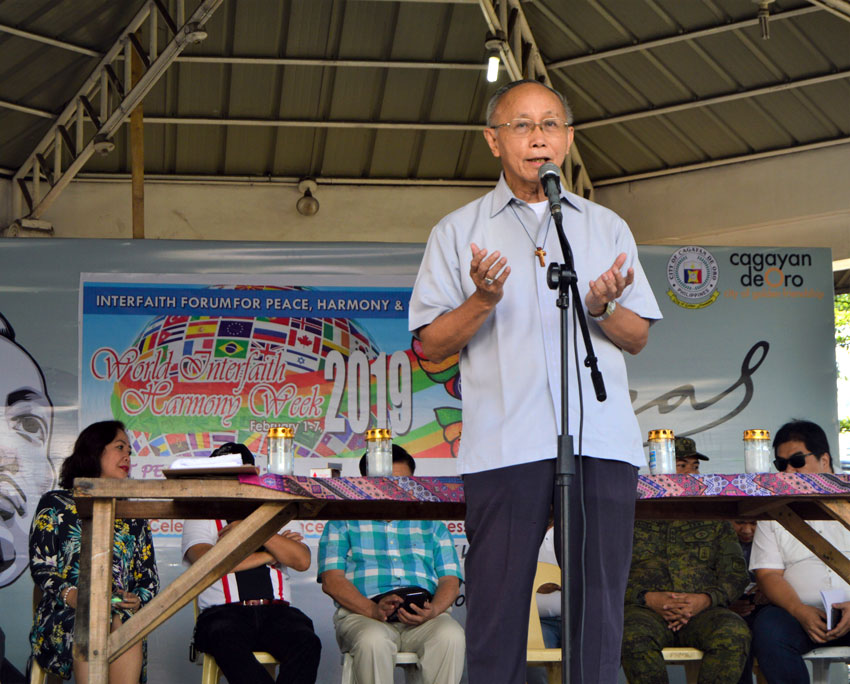 CAGAYAN DE ORO CITY, Philippines – A Roman Catholic Church leader has reminded the Filipino electorate of the criteria in choosing their political leaders and how to make a wise decision ahead of the midterm elections on May 13.

Before heading out to cast their ballots next month, Archbishop Antonio Ledesma said voters, most especially the Roman Catholic constituency, must first deliberate and seek God’s guidance so they can elect deserving candidates in the local and national positions.

Ledesma said voters must use the criteria set by the Catholic Bishops Conference of the Philippines (CBCP) in electing public officials.

The CBPC has called on the people to form “circles of discernment,” where the faithful can openly discuss the election-related issues and options in choosing their leaders with the other members of the community they are in.

“Group discernment should be more enriching and enlightening instead of relying on one’s solitary perceptions,” Ledesma said.

The bishops group has also encouraged the Catholics to engage in what they called as “principled partisan politics” since being neutral is no longer relevant given the country’s present political landscape where honesty is being taken for granted and politicians who were convicted or are facing corruption charges are given the chance to run for public office again despite these cases.

Ledesma said it is the voters who must have the power to elect those who they see fit, particularly those possessing moral values.

“The entire community is a stakeholder in the choice of its leaders,” he added.

The prelate has echoed the CBCP’s call of voting the candidates who work for the common good.

“Candidates should be elected not on the basis of personal favors given to the voter, but on their record of public service and commitment to work for the common good,” Ledesma said.

Ledesma has summed up the criteria in choosing candidates for public offices as the five Cs: conscience, competence, compassion, companions, and commitment.

The archbishop said he would in his personal capacity endorse the 10 senatorial candidates who were shortlisted by a group of Catholic lay and protestant church leaders called the People’s Choice Movement (PCM).

Most of the senatorial hopefuls the PCM has hand-picked come from the opposition party.

Ledesma said he would also require candidates to be honest. “In fact, if they say they don’t mind being dishonest, I think you should scratch them away from your voter’s list, because without honesty, how can you trust people to serve well for the common good?”

The prelate said he would also discourage political aspirants from engaging in smear campaign calling it “counter-productive.”

“The more you smear people, the more it will go back to you. What is important is to really focus on the positive achievements and let the people decide on that,” he added.

Ledesma said he and other bishops and priests are not affected by the very attacks hurled at them by Pres. Rodrigo Duterte who, during his speeches, has been very vocal against the Roman Catholic officials.

“We continue on with the mission of the church. The church will outlast any president, and the mission of our Lord is much more important than the criticisms of public officials,” he said. (davaotoday.com)