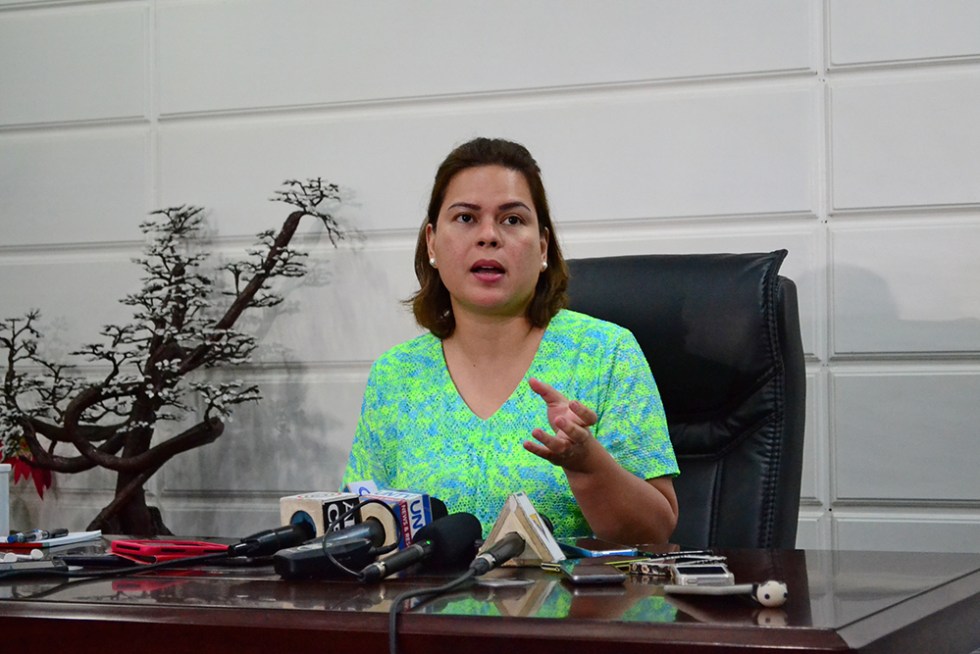 DAVAO CITY, Philippines — The local peace committee created to pursue negotiations with members of the New People’s Army (NPA) here will not be speaking to the communist commanders anymore after President Rodrigo Duterte signed Proclamation No. 374 declaring the NPA a terrorist organization.

The mayor said the city government will come up with a new executive order to turn the Davao City Peace Committee (DC PEACE) into an advisory council called, Davao City Advisory Committee for Peace and Development (DC PEACE-DEV) that will continue to engage with the community.

The first area mentioned by the mayor was in Paquibato district where the presence of NPA fighters was noted.

“We acknowledged that the communities have issues with regards to government services so what we want to do is ask the community themselves what their needs and problems are,” Duterte-Carpio said.

Irene Santiago, DC Peace technical consultant said they will hold a strategic planning on Friday, December 8 to lay down the timeline for the conduct of “peace tables” in communities within six months to one year.

Lawyer Eliza Lapeña of the City Legal Office, who sits as a member of the DC-PEACE said the team will be going to a community on December 20.

President Duterte signed the proclamation declaring the Communist Party of the Philippines (CPP) and the NPA as identified terrorist organizations pursuant to Republic Act No. 10168, or the Terrorism Financing Prevention and Suppression Act of 2002.

To push for localized talks with NPA commanders, Duterte-Carpio signed on September 12, Executive Order No. 34 to create the Davao City Local Peace Committee or the DC-Peace to pursue peace negotiations with the National Democratic Front of the Philippines (NDFP).

According to the EO, the DC-Peace will serve the following functions: 1) serve as the negotiating arm of the peace promotion in the city; 2) formulation and/or review of all terms, provisions, and political solutions or settlements proposed by the parties; 3) recommend and establish negotiated political settlement with armed groups; and 4) perform acts and duties related to the intents of the Committee.

However, prior to the termination of talks, the CPP has already rejected the idea of conducting localized peace talks. The CPP said the government only wants to push for the surrender of the NPA fighters promising them with housing and livelihood.

It said the move to conduct peace negotiations in the locality only wants to “divide” revolutionary forces.

“The Duterte regime is wasting time and the people’s money in setting-up these useless local peace committees which will go nowhere and achieve nothing,” it said in a statement on November 2.

Bishop Felixberto Calang, convener of the Sowing the Seeds of Peace Mindanao said the creation of the DC PEACE shows the sincerity of Mayor Duterte-Carpio in achieving peace in Davao City.

But Calang, who was among the independent observers during the previous rounds of formal talks between the NDFP and the Philippine government, said localized peace talks in the community “do not resolve the bigger picture.”

“I would like to sincerely ask the president to reconsider the resumption of the talks because there is no other viable means to do it than the continuation of the peace negotiations,” he said. (davaotoday.com)