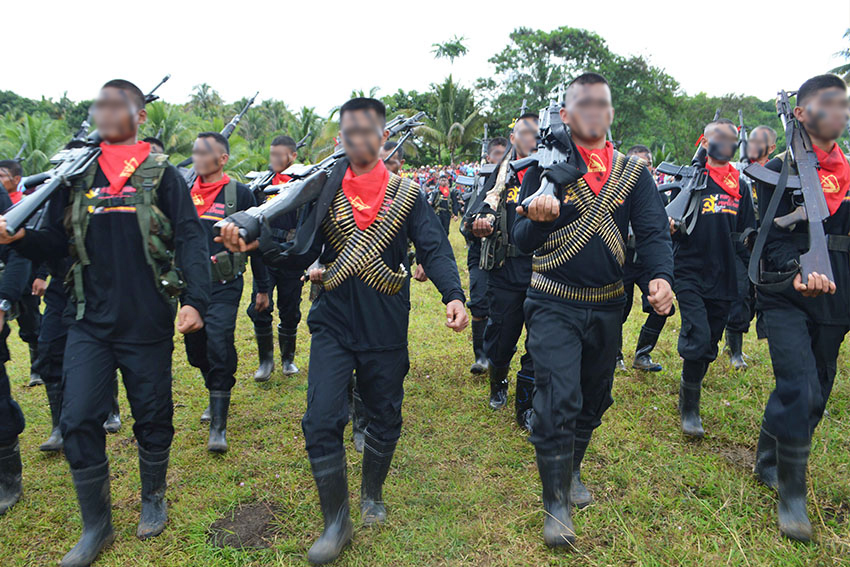 DAVAO CITY, Philippines – Davao City Mayor Sara Duterte-Carpio on Thursday, November 23, announced that Davao City Peace Committee (DC-PEACE) will ​​push through with ​initiating localized peace talks with New People’s Army​, or​ until ​it would receive the official document from the Office of the President ​cancelling all forms of negotiations.

In an interview during the First Women’s Peace Table here, Duterte-Carpio told reporters that there will be no “suspension or cancellation” on the efforts of the DC-PEACE, a body created by the Mayor to negotiate with the communists operating in the city.

She maintained that as of the moment, the Office of the President has not yet released an official document declaring the communist group as a terrorist organization.

The Mayor added that “the pronouncements of the President were only verbal.”

“So legally, we can still continue to negotiate and talk if the NPA still want to talk through our DC-PEACE,” Duterte-Carpio said.

She also insisted that the cancellation of the peace talks between the national government and the National Democratic Front of the Philippines (NDFP) will not affect the work of the local peace body.

“The basis of the work of the DC-PEACE is the general welfare clause under the local government code. Our work and the work of the National Government is not incompatible, all the more now that they will not pursue the peace talks,” the Mayor said.

Meanwhile, earlier this month, the Communist Party of the Philippines (CPP) and NDFP said in a statement that they are rejecting the idea of the localized peace talks, pointing that these are “mere rehashes of worn-out psywar surrender programs.”

CPP, instead, insisted to resume the fifth round of peace negotiations.

However, President Duterte during his visit to the headquarters of special operations command on November 22, announced he will terminate the talks and categorized the NPA as a terrorist group, adding it is “not an entity worth talking to.”

The President stressed that he does not want to talk with the communists anymore citing the NPA’s killing of a police officer in Davao and the ambush incident in Bukidnon where a four-month old baby was killed. (davaotoday.com)