Sara warns Alvarez: Stop attacking me or else I’ll campaign against you 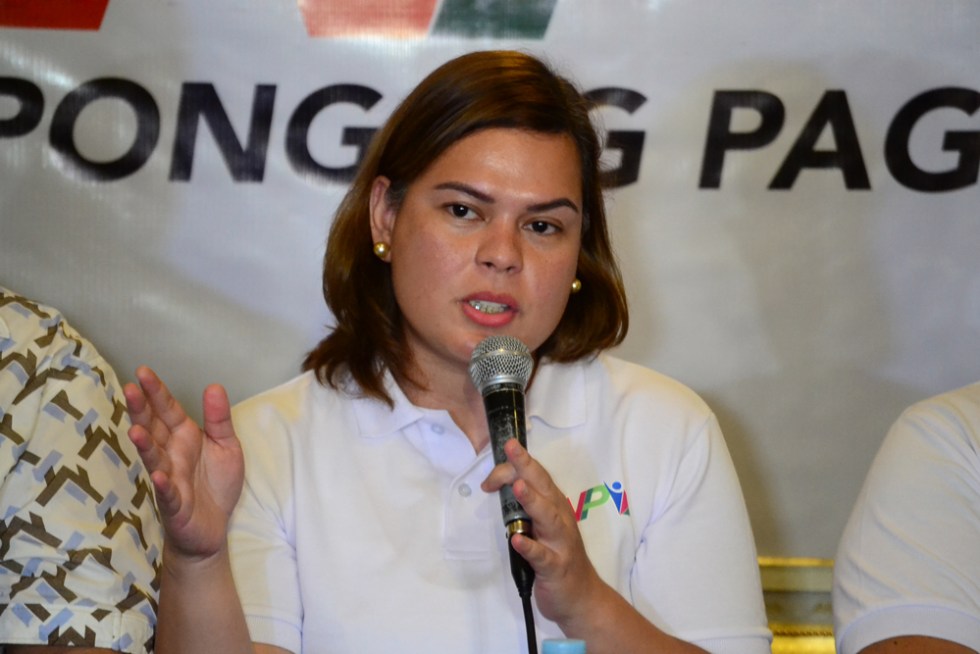 DAVAO CITY, Philippines – Davao City Mayor Sara Duterte warned House Speaker Pantaleon Alvarez that if he does not stop “attacking” her, she’ll personally campaign against him.

“The best maybe that Speaker Alvarez can do is not to mention my name, do not speak about me, do not even think about me, even a whisper of my name in your lips, don’t you dare. ” the irate Presidential daughter said.

The mayor also reminded the House Speaker, a known ally of her father, that her grandfather was a governor of an “undivided Davao.”

“In case you forget, my grandfather made lots of friends in Davao region and friends do not leave friends behind,” she said during the general assembly of the newly-launched regional party, Hugpong ng Pagbabago (HNP), a regional political party spearheaded by Mayor Sara and governors of Davao region.

She explained before hundreds of local executives who signified interest to join HNP that the regional party is established not only for political reasons but for the progress of the whole Davao region.

In a series of social media post, Duterte aired out her sentiments against the House Speaker saying he “messed up with the wrong girl” after a mayor from Davao del Norte reported to her that Alvarez tagged her “as part of the opposition” for initiating the HNP.

The Mayor pointed out that the Speaker told two mayors that the move to establish HNP is a product of political dynasties, that she’s acting alone and without the approval of the President, and that everyone who’s joining the party is part of the opposition.

“Those are the things that ignited me. I understand that they have a problem in Davao del Norte but I don’t understand why he is attacking me,” she said referring to the heated controversy between Alvarez and Davao del Norte 2nd District Representative Antonio Floirendo Jr.

But Alvarez has denied calling Sara a member of the opposition.

“Honestly I haven’t said it. I don’t know where that story came from, I did not say that she’s part of the opposition,” Alvarez said.

When asked if she’s willing to reconcile, the mayor insisted that “there’s no need” because they are “not friends” in the first place.

Meanwhile, hours after the controversy popped out, the Mayor said her father sent a message telling her to calm down.

But she shrugged it off and said, “the one they should tell to calm down is Speaker Alvarez, not me.”

Apart from Alvarez’s text sent to the mayors, Duterte also disclosed that House Speaker called her husband Mans Carpio and President Duterte saying that he will be running a full slate in the province of Davao del Norte.

Mayor Duterte added that Alvarez told President Duterte to tell her “not to field a candidate” in his district.

“That is not a problem because we have democracy, therefore election is a facet of democracy and our politics remained where we are registered voters,” Duterte said and maintained that she does not care about the politics in Davao del Norte since she’s not from the said province. (davaotoday.com)