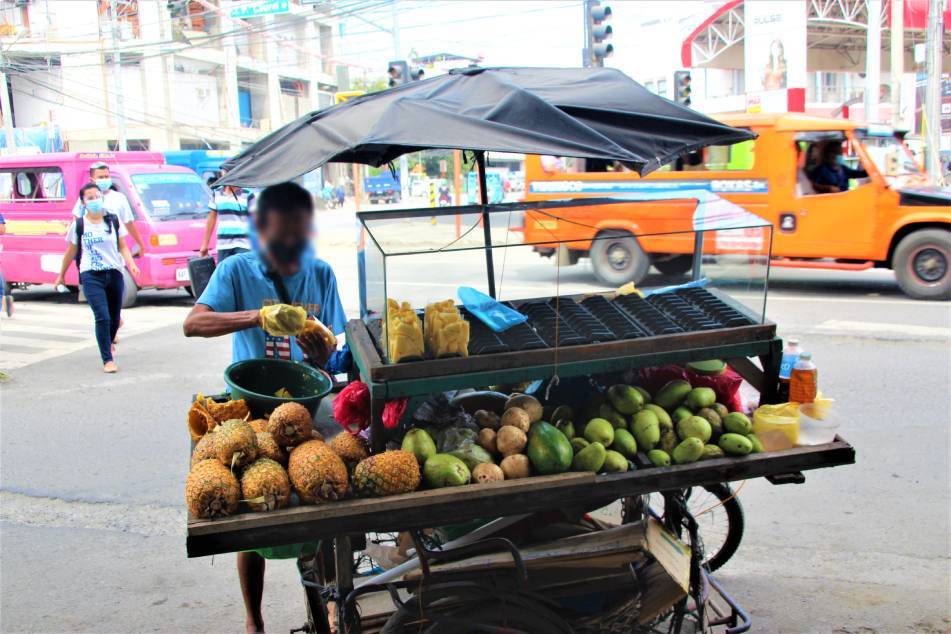 STILL POOR. Mar Argo, a fruit vendor plying his trade for for over a decade, believed in President Rodrigo Duterte’s promise to champion the poor. However, five years later, Argo said he is even poorer than before as his trade is affected by the pandemic.

They confess to be avid supporters of President Rodrigo Duterte whom they admire when he was city mayor. But as Duterte’s last State of the Nation Address (SONA) unfurl on Monday, they said the change they hope for in the past five years has never come to them.

“Ako suporta gyud ko sa president kay kabalo ko unsa siya sa mayor pa nya taga davao. Ang ako lang wala man gihapon oy, naglisod pa man gani hinuon (I truly support the president because I know who he was as mayor and he is from Davao.  But nothing happened, we are still poor),” said Mar Argo, who has been selling fruits for almost 11 years.

On early Monday morning, the day Duterte was set to deliver his last SONA, Argo was setting up his goods on his bicycle along Acacia Street when scores of activists staged a short rally on the other side of the road. While occupied with his work, he listens to a couple of activists shouting their complaints and reads their placards.

Calling himself a “low key supporter”’ of the president, he sees activists have always criticize President “Digong’s” way of governance.  But he admits “these calls are also necessary”, as many like him struggle to make a living every day.

With a daily capital of 1,200 pesos, Argo takes home at least P400 or less in a day’s sales of fruits, depending on the number of customers. His earnings are “not enough” to feed his family of six.

To lessen their burden of daily expenses in the pandemic, his wife started selling barbecue outside their home.

(Everyone is struggling nowadays, you can ask the other vendors here.  It seems to be like this for the past year or two, we could hardly recoup our capital). 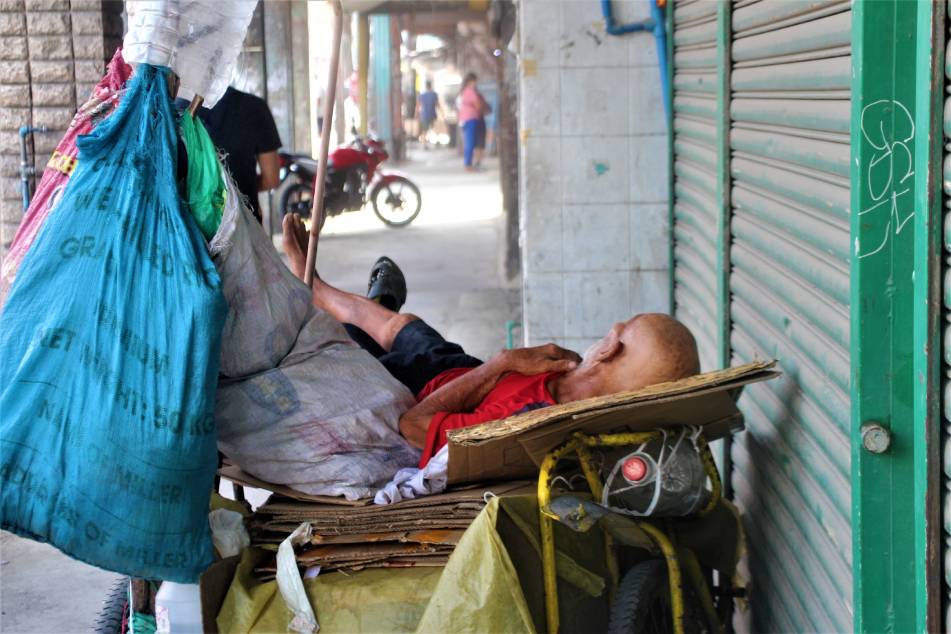 FRUSTRATED. Max, a garbage collector takes a few minutes to rest after collecting recyclable litter around the city. Like many Dabawenyos, Max once hoped President Rodrigo Duterte would uplift their lives, but he said nowadays people like him are struggling as they feel neglected by the administration.

Duterte’s last SONA, which rambled for two hours and 45 minutes, had him claim that the economy was growing faster but the COVID-19 pandemic steered the economy into crisis.

“Our economy, with investor confidence, was poised to leapfrog into the company of the world’s fastest-growing economies until [the] COVID-19 pandemic stole everything,” he said.

But Argo is not the only person in Davao to say that they have been suffering long before the pandemic strike.

Another Duterte supporter, who prefers to call himself “Max”, said he has been struggling to find a living even before Duterte became president.   He granted an interview while taking a rest from collecting garbage for recycling in the downtown area along CM Recto Street hours before the SONA.

When asked why he supported the president in 2016, he looked at an old sticker of Duterte in his sidecar and thought of the president’s promise during his campaign.

(Who wouldn’t support our mayor, and when he was mayor, he handled things well here.  But I tell you, I do support him, but he could have prioritized the poor who supported him.  He said he would help us. But look at Davao, there are so many buildings now, but many still remain poor, like me and I’m struggling.)

On a good day, Max can earn up to P 800 collecting going around the city from 7 am to 9 pm scouring for recyclable wastes.

But even P800 is still not enough, and he still needs to call his wife who works as a housekeeper in Manila and earning P6, 000 a month to pay for their monthly bills and daily needs.

(Things haven’t changed. It got worse because of COVID.  Before, I can count in one hand the number of people who go into this line of work collecting garbage.  But now many people are battling to get to these places first, even children too.  I hope the president sees this because he takes pride of Davao.)

On the day of the SONA, Pulse Asia released its survey where 40% of Filipinos they polled said they are more interested to listen to the president to discuss jobs creation or livelihood.

Next to jobs, survey respondents said they are more concerned about improving the national economy (35%) and how the president will control the inflation (33%).

But Duterte’s SONA highlighted more of his programs and achievements in counter-insurgency and fight against illegal drugs.   In the Pulse Asia survey, only 17% wanted to hear about the president’s illegal drugs campaign.   Duterte’s favorite topic on communism was out of the picture for the people.

This showed that while the president constantly attacks his critics, the president’s final SONA is “a manifestation” of how the administration failed to address the people’s concerns, says Paul John Dizon, a former plantation worker and now spokesperson of the labor center Kilusang Mayo Uno – Southern Mindanao.

(Even if your are a simple supporter of the president, there’s no excuse for you to experience poverty.  Truth is, majority of those who voted for him in 2016 are still suffering from poverty made worse in the pandemic.  What is clear in his SONA is that he has no concrete plans for the people while he is in power, we can only anticipate our struggles to remain.)

KMU and other groups across the nation staged protest actions during Monday’s SONA calling Duterte’s legacy a failed one littered with repression, corruption, sexism, attacks on the poor, the Lumad and Moro people.