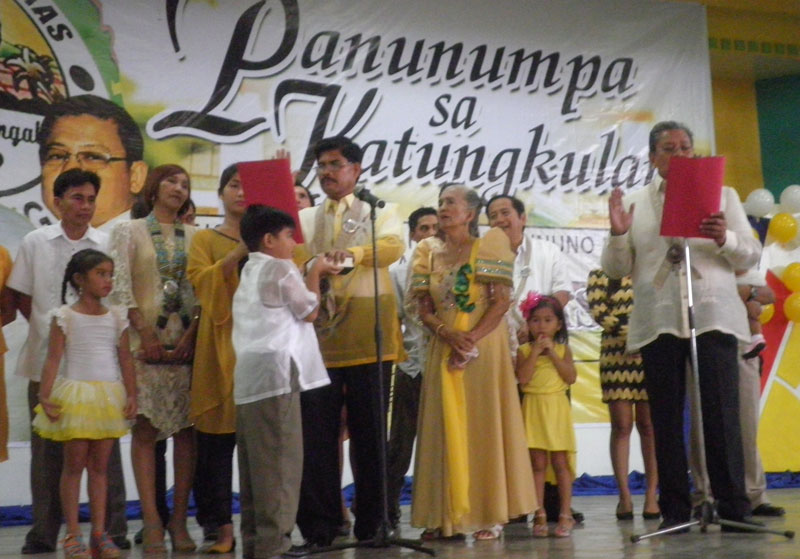 He appealed to his fellow elected officials to set aside political issues and differences for the progress of the municipality and urged members of the Sangguniang Bayan to rally behind with the various programs and services that he will implement for the people of Sto. Tomas.

Meanwhile, Del Rosario asked the support of the people of Sto. Tomas for the new mayor so that the town will develop.  He also challenged the elected leaders to “stay loyal, true, committed and dedicated” in their duties and responsibilities.

Del Rosario also gave his assurance that the provincial government “will continue to open its doors for Sto. Tomas and seal a partnership for the implementation of its infrastructure projects.”