Suara Bangsamoro to Enrile: Moro blood spilled in Mindanao because of Martial law 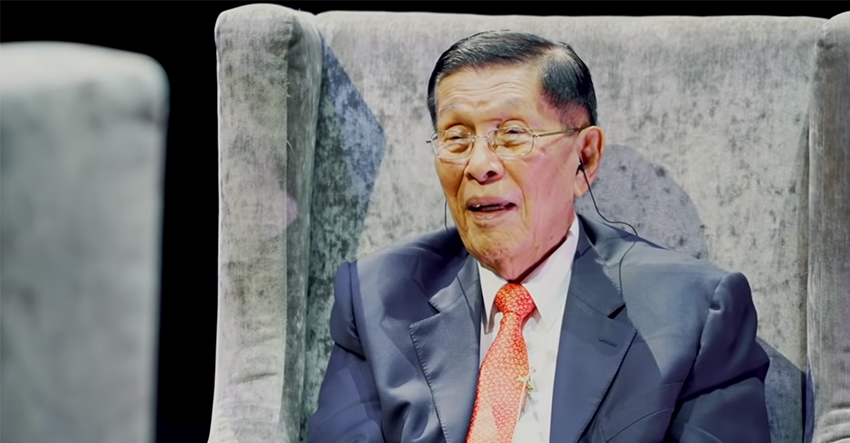 DAVAO CITY, Philippines — A militant Moro group on Monday belied the claim of former Senator Juan Ponce Enrile that the Jabidah massacre was a hoax, saying there were several Moro massacres which happened during the Martial law under the regime of the late dictator Ferdinand Marcos.

“The two-decade long Martial Law ravaged Moro communities, claimed 200,000 Moro lives and caused a diaspora of Moros out of Mindanao that even forced half a million to flee to Sabah, Malaysia,” Jerome Succor Aba, speaking for Suara Bangsamoro, said in a statement.

Aba said that Enrile was wrong on his claim because blood spilled on March 18, 1986 when the Marcos regime massacred 27 Moro youth who were recruited by the military for a covert operation to instigate an insurrection in Sabah.

“We will never forget the Jabidah massacre. These Moro youth were executed because they were defiant to carry on with their mission upon discovering that it involved killing Muslims in Sabah,” he said.

Enrile, the former Senate president, shared his musings on martial law with former Senator Ferdinand “Bongbong” Marcos Jr., last September 21 in time for its 46th years anniversary during the tête-à-tête titled “JPE: A Witness to History.” In the said segment, Enrile defended the Marcos regime and that there was no massacre carried out by the late dictator Ferdinand Marcos.

But Aba said both Enrile and Marcos showed no remorse over the “unspeakable tragedy brought by Martial Law on our people”.

“The whitewashing of the dark history under Marcos dictatorship is a vile propaganda that fuels the Marcoses’ bid to return to Malacañang. But we will not be deceived. We will never forget,” he added.

Aba added: “Enrile’s delusional claim that no massacres, not even the Jabidah massacre, happened was a treacherous lie intended to erase from our memory the murderous ways of Marcos’ martial law, and in a way, absolve him of his crimes as the architect of martial law.”

Apart from the Jabidah massacre, Suara also cited the series of massacres committed against the Bangsamoro: the Manili massacre, Tacub massacre, Palimbang massacre, among others.

A survivor of the Manlili massacre in 1971 will never forget how the soldiers shot his wife along with more than 70 Moros inside their own mosque. Also in 1971, at least 40 Moros were murdered by the military at a military checkpoint in Tacub in Lanao del Norte while they were returning home after a failed attempt to vote in a special election, according to the Moro group.

Suara added that the Palimbang massacre in 1974 was a carnage by the soldiers who rounded up residents of the several villages in Palimbang and shot several inside the Tacbil mosque. More than 1,500 Moros were killed in Palimbang.

“These atrocities against us sparked Moro resistance against the Philippine government and led to the formation of organizations striving for independence and self- determination such as the Muslim Independent Mindanao, Moro National Liberation Front and the Bangsa Moro Army,” the group said.

“We have long clamored for justice for our relatives who were brutally killed by state forces and paramilitaries spawned by the Marcos Martial law. Yet, Enrile and Bong-Bong’s denial of massacres committed by the Philippine government during Marcos’ Martial Law is another deplorable act of injustice against the memories of slained innocents and martyrs.”

For Aba, the Muslims in Mindanao are still experiencing Marcosian rule under President Duterte who was quick to declare martial law in Mindanao.

He said more than 1000 civilians were killed and at least 27,000 Meranaw families were forbidden by the government to return to Marawi to rebuild their homes. Just this month, the military killed seven Tausug youth in Patikul, Sulu. (davaotoday.com)