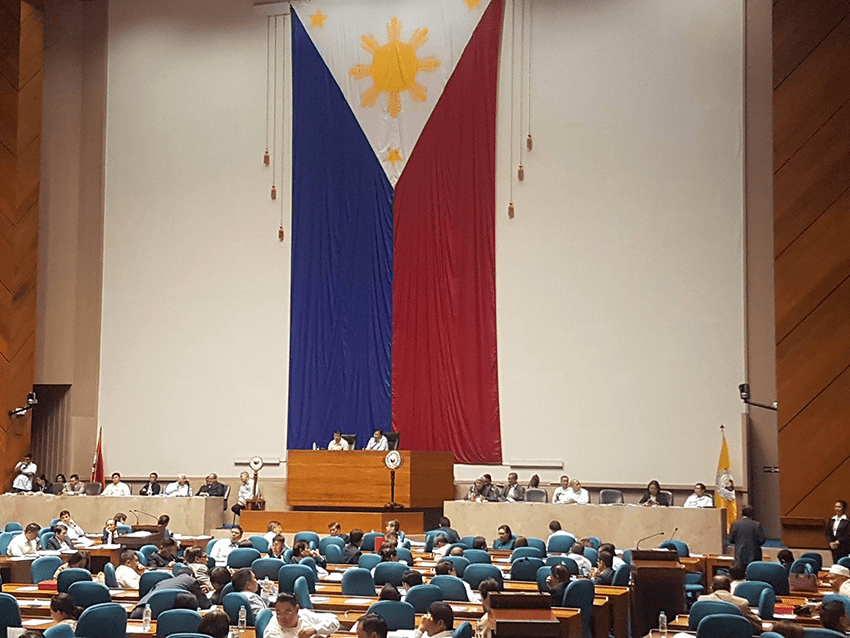 17th Congress votes in favor of extending Martial Law until December 31, 2017 during the Congress Joint Session at the House of Representatives, Quezon City on Saturday, July 22, 2017. (davaotoday.com)

MANILA, Philippines – Filipinos stand “neutral” on the possible effects of the declaration of martial law in Mindanao to the economy of the country, the Social Weather Station said in its recent survey.

The survey was conducted involving 1,200 respondents in National Capital Region, Balance Luzon, Visayas and Mindanao between June 23 to 26, or more than a month after the martial law declaration in Mindanao.

President Rodrigo Duterte issued Proclamation No. 216 declaring martial law and the suspension of the privilege of the writ of habeas corpus in Mindanao after the IS-linked Maute Group seized Marawi City last May 23.

The survey showed that 24 percent of Filipino adults are expecting the Philippine economy to get better with the declaration of martial law in Mindanao; 33 percent are expecting it to get worse; while the rest, or 43 percent said they are expecting no effect on it, SWS said.

“The resulting net -9 national balance of opinion (% better minus % worse) is on the lower borderline of what SWS classifies as “Neutral” (from +9 to -9),” SWS said, adding that the “unfavorable opinions in Balance Luzon and the Visayas are countered by neutral opinions in Mindanao and Metro Manila.”

SWS said the balance of opinion in Balance Luzon area is net -14 or 22 percent of the respondents said the economy will get better with the martial law while 36 percent said it will not.

The lower balance of opinion came out in the Visayas survey was net -13 or 24 percent said martial will help improve the economy while 37 percent replied in the negative.

The survey also showed a different perception in Mindanao and NCR, the survey added, saying that the balance of opinion in Mindanao is zero, meaning, 27 percent of those asked said martial law will help the country’s economy get better while 27 percent said it will not.

Luzon recorded a net -7 balance of opinion with 23 perce t responded on the positive, 29 percent on the negative.

“Pessimism dominates among the 40 percent opposed to Martial Law in all of Mindanao,” the SWS said.

The balance of opinion also hit at net -23, or 17 percent believes it will get better and 40 percent said no, to the 29 percent of respondents who said martial law should have been declared only in Marawi City and Lanao del Sur.

“On the other hand, the balance of opinion is a neutral +1 (28 percent better versus 27 percent worse) among the small majority 57 percent saying it was right that Martial Law was declared for all of Mindanao,” SWS said.

But the country is still facing serious socio-economic problems, the other research group IBON said in a statement after Duterte delivered his second State of the Nation Address on Monday.

The President, the group added, “tended to oversimplify the economic situation to justify authoritarianism, said the group.”

“There was no acknowledgment that the economy actually shed almost 400,000 jobs since last year and that poverty remains deep and widespread among tens of millions of Filipinos,” said IBON executive director Sonny Africa in a statement posted on its website on Monday.

The Duterte administration, Africa added, appeared to have no grasp as to the effect of the neoliberal policies implemented by previous administrations that resulted in the profits and growth of the few but left poverty and joblessness to many Filipinos.

“Landlords and rural elites take the most of the landless peasants and farm workers’ produce; capitalists exploit workers through low wages and scant benefits, and charge consumers monopolistic prices; and domestic agriculture and industry are stifled to preserve foreign big business’ markets and sources of raw materials,” the IBON director emphasized.

It was only oversimplification with the aim to bolster the drive towards dictatorial rule when Duterte talked about the surge of the country’s economy when there is peace and order, Africa added.

The current administration is keen to impress the “growing authoritarianism as the political framework to push the neoliberal economic agenda against the growing protest and opposition,” he said.

Workers’ group Kilusang Mayo Uno also hit Duterte’s SONA for its failure to discuss the pressing issues of the marginalized sectors, including the workers.

“Workers’ wages remain below living standards and fragmented in over a thousand wage levels. The lowest wage level, P235 in Region IV-B, does not even meet a quarter of the estimated Family Living Wage which is now pegged at P1,130 as of June 2017,” KMU said in a statement on Monday.

The group also decried the administration’s push for the Philippine Development Plan 2017-2022 that continue to adopt the “wage-cut and wage-freeze policy through the Two-tiered Wage System”, a measure implemented by the previous administration.

The said labor policy, KMU added, will further press down wages and freeze it to poverty levels. (davaotoday.com)