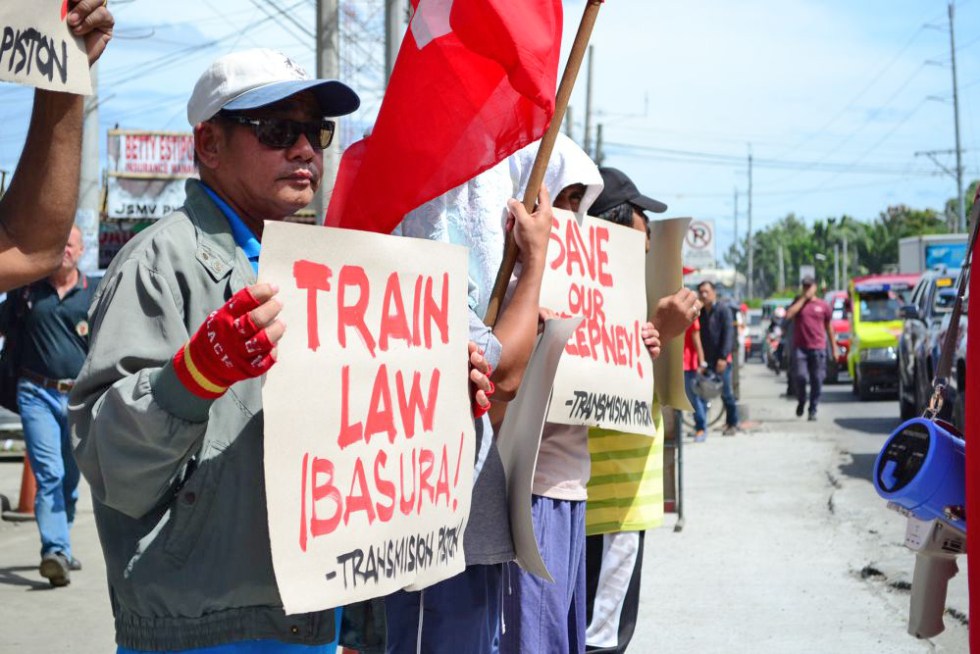 DAVAO CITY, Philippines — The transport group Transmission Piston here has criticized the Duterte administration on its Tax Reform for Acceleration and Inclusion (TRAIN) law and public utility vehicle (PUV) modernization scheme, pointing ​out ​that the new laws ​would be a heavy burden for the transport sector.

​The group protested​ in front of the Land Transportation Office 11 here on Wednesday, January 24, ​and ​Ricardo Baron, ​the group’s spokesperson said ​”​the on-going implementation of these programs are under neo-liberal policies that would greatly affect the marginalized sectors​”​.

“This is a national coalition, our first protest of this year to inform the public that a greater battle awaits in the next coming months,” Baron said, pointing that a possibility of having more transport strikes might happen to oppose the PUV modernization scheme which is set to be on full swing implementation by this year.

Davao City Mayor Sara Duterte has earlier requested ​last year ​the Land Transportation and Franchise Regulatory Board (LTFRB) to excuse Davao City from the modernization plan to pave way for the implementation of the city’s high priority bus system (HPBS), of which LTFRB said is ​also ​‘consistent​ with​’ ​the plan​.

Duterte said jeepney drivers may ​become the partners of the government in modernizing the transport system here by investing in the business or become bus drivers instead.

But, Baron maintained that the local government’s initiative ​”​is just ​a ​disguise that ​it would eventually lead to jeepneys being phased out​”​ where drivers and operators are expected to lose their livelihood​​.

Apart from the jeepney phase out, the transport sector also ​expressed its ​fear ​of ​the effects of the TRAIN law.

The Republic Act 10963 or the TRAIN law reduces the personal income taxes of workers in order for them to have higher take-home pay. Those who have an annual income of not more than P250,000 would no longer pay taxes. With this, the Department of Finance said 99% of households will benefit from the tax reform.

However, in order to compensate the loss of revenue, the taxes on fuel, sugar-sweetened drinks, tobacco, and cars were raised. 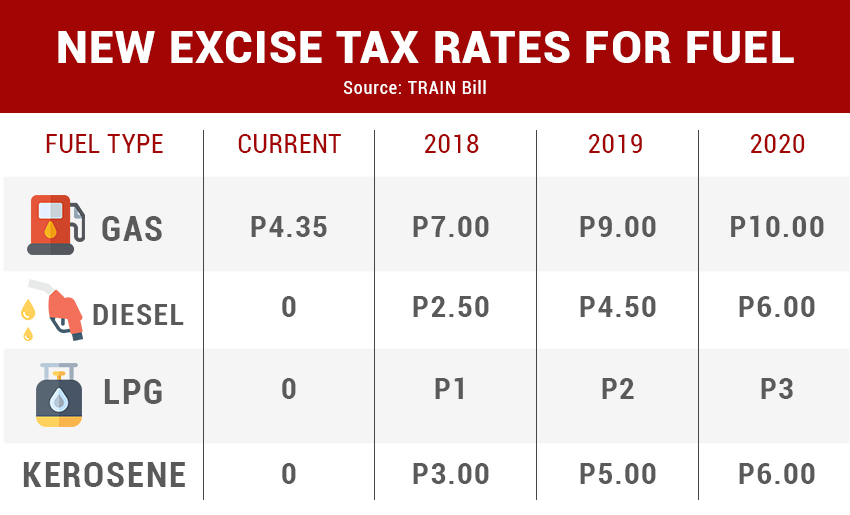 With this, Baron said drivers and operators including their families would take a heavy toll as prices of fuel here in the city are already starting to spike.

“Instead of having a take-home pay of about P500 or more, with the new law, we don’t,” Baron said.

He also noted that before, five rounds of travelling their respective routes would already earn them an income but with the expected higher prices on fuel and other basic commodities, this would not be enough.

“We call on the operators and drivers to fight and condemn these laws and let us show them that these are neo-liberal policies that will not do us any good,” he said.

The group also called on the public to be keen on their analysis of the laws formulated by the government.