Army suspends offensives vs NPA, but 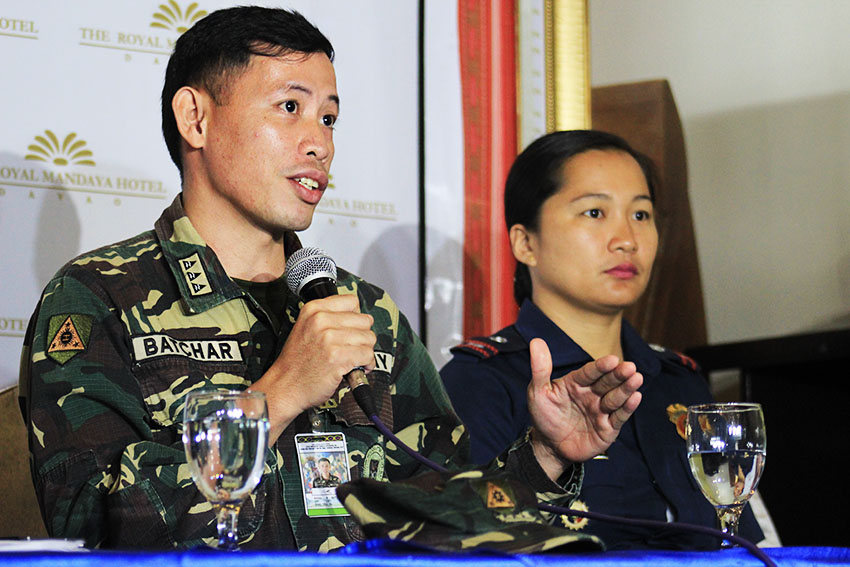 DAVAO CITY— The Armed Forces of the Philippines (AFP) announced that they already stopped their military operations against the New People’s Army (NPA) but “will continue to support law enforcement in communities” following the declaration of President Rodrigo Duterte of a unilateral ceasefire with the Communist Party of the Philippines (CPP).

He said Armed Forces chief, General Ricardo Visaya, has ordered the suspension of any military operation. but added that the Army will continue their support in law enforcement operations in the communities.

“We will continue to protect the communities and its people. We will also secure the vital installations of the government projects or flagship projects,” he said.

Batchar said that they will “re-focus” their directions particularly in the delivery of services.

“We have conducted the peace security briefing with the Local Government Unit’s particularly in Compostela Valley province, we told them we will re-focus our directions on helping the communities in providing the deliveries of the basic services,” he said.

The Army also monitors their areas, “specifically, where there are still concentrations sighting of NPAs,” said Batchar.

Also, Batchar said that the Lumad evacuees should heed the assurance of President that Lumad “that is already adequate for them to go back to their lands”.

“The people in Haran can go back and live normally again in their communities,” Batchar said.

He reminded that “there are vital installations and project that are being implement in the inner areas and part of our mandate is to secure those vital projects that is why there are still presence of the military in the areas.”

These Lumad evacuees who are occupying an area inside the United Church of Christ in the Philippines (UCCP) wished to end the alleged militarization before they go back to their lands. (davaotoday.com)