‘We will be in control,’ TF Davao commander says 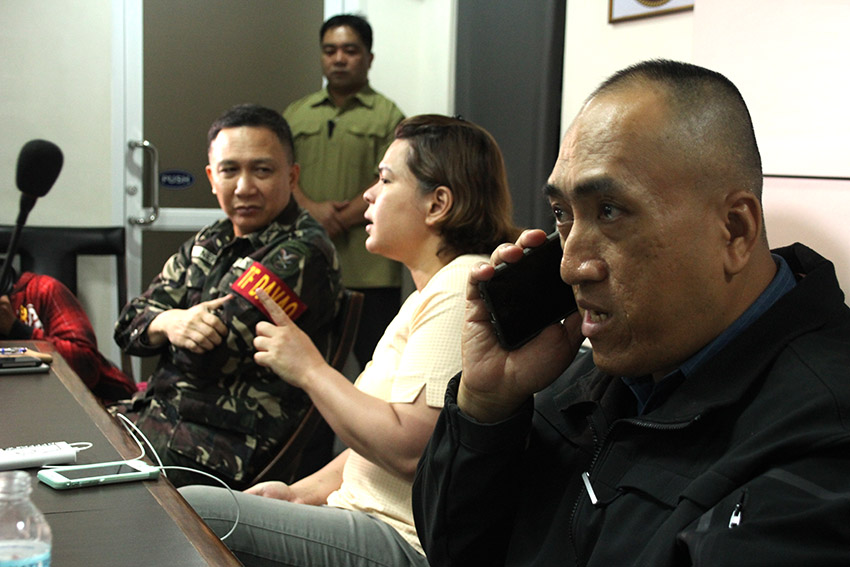 DAVAO CITY, Philippines — Task Force Davao Commander Col. Erwin Bernard Neri said the military will be “in control” once the president officially releases the official guidelines regarding the declaration of Martial Law in Mindanao.

“We will really be in control. We know that if the president declares martial law, we have the suspension of the writ of habeas corpus, meaning to say the military can arrest anybody that we have suspected as a terrorist,” Neri said in press conference at the Public Safety and Security Command Center in Ecoland on Wednesday dawn.

Neri said they will be beefing up existing security checkpoints, and conducting random, mobile checkpoints as well.

Neri called on the public to stay vigilant, and report unusual activities in their communities to the proper authorities. He clarified that the security situation in the city is generally peaceful, but encouraged the public to watch out for possible retaliatory attacks.

The president’s martial law declaration is based on the clashes between government troops and the Maute group — the same group believed to be behind the deadly Roxas Night Market blast that killed 15 residents in September of last year.

Despite declining to reveal numbers, Neri said he has enough personnel to fulfill his mandate of protecting the downtown area of Davao City.

“They will be able to help keep the peace because they will be deployed in almost all corners of Davao City,” he said.

When pressed about specifics of changes in security once martial law is fully in place, Tagum said one such change will be that authorities may now check the trunk and interior of vehicles in checkpoints.

Previously, security personnel were only able to conduct inspection “in plain view,” which meant that they could not command motorists to reveal contents of their trunks or glove compartments.

Tagum however, clarified that he has yet to check in with official guidelines, which are yet to be released.

Tagum also assured that human rights will be protected. Tagum said he will be taking full responsibility of the actions of his personnel during the implementation of martial law.

“We ensure that we will not abuse whatever power that will be given us by virtue of the declaration of martial law,” he said.

The DCPO chief also called on the public to use the hotline 0916-659-2576 to report any unusual activity or persons, or even cases of abuse in the part of police personnel during Martial Law.

Presidential Spokesperson Ernesto Abella announced President Rodrigo Duterte’s decision to declare the whole island of Mindanao in a state of Martial law 10 pm on Tuesday following the series of clashes between government troops and the Maute in Marawi City.

Duterte is expected to arrive in Manila from his shortened state visit to Russia at 4 pm on Thursday. (davaotoday.com)