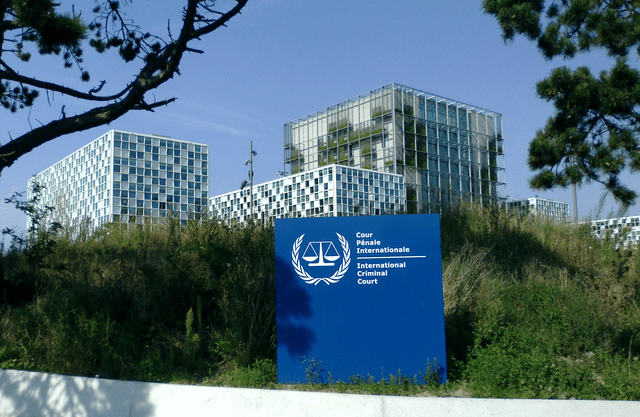 nternational Criminal Court building in The Hague in the Netherands. (Photo courtesy of OSeveno/Wikimedia Commons)

DAVAO CITY, Philippines – Various groups have expressed deep apprehensions as the withdrawal of the country from the International Criminal Court (ICC) became final on Sunday, March 17.

The withdrawal came amidst the uncertainties and qualms raised by different sectors due to the growing cases of human rights violations, extra-judicial killings and various forms of threats and intimidations against human rights defenders and to those who openly display their dissent against the administration of President Rodrigo Duterte.

“The country’s withdrawal from the Rome Statute, which becomes effective this year, may indeed signal another wave of intensified attacks targeted against human rights defenders,” said Romeo Clamor, deputy secretary-general of human rights group Karapatan in a press statement on Saturday, March 16.

Among the concerns that Clamor raised is on Duterte’s resolve to continue his war on illegal drugs, a policy that Karapatan dubbed as a sham that paved the way for the slaughter of poor Filipinos sans due process.

Reprisals due to Duterte’s vindictiveness is another factor that Clamor said will pose a real danger on the lives of those who advocate for human rights and the dissenters that continue to bring up criticisms on the programs and policies of the present government.

The present administration is being run by pathological liars and militarists who are corrupt to the core, able to subvert laws and mechanisms to evade accountability,” Karapatan added.

Gabriela Women’s Party-list (GWP) on the other hand, warned of the escalation of human rights abuses now that the country is already out of the ICC.

“The country’s ICC withdrawal cowardly shields the Duterte regime from prosecution by the ICC over the numerous human rights violations related to the war on drugs. This alarmingly sounds off a nastier wave of human rights abuses, the reason why women and advocates need to raise the ante of the campaign for human rights,” said GWP representative Arlene Brosas.

Malacañang, in a statement, said the country never became a party to the Rome Statute that established the ICC.

ICC, the statement added, has no basis to investigate the war on drugs of the Duterte administration.

“The Philippines cannot leave that which it has never joined in the first place. Our position on the matter remains clear, unequivocal and inflexible: The Philippines never became a State Party to the Rome Statute, which created the ICC. As far as we are concerned, this tribunal is non-existent and its actions a futile exercise,” presidential spokesperson Salvador Panelo said.

GWP emphasized that the ICC has not yet conducted a formal investigation on the war on drugs in the country.

(No formal investigation was conducted yet but the Duterte government already felt afraid it will answer to the bloody drug war, the reason why it immediately moved to withdraw from the ICC.)

Another GWP representative, Emmi de Jesus said that state forces will bank on the ICC withdrawal to intensify the crackdown and red-tagging of democratic organizations and individuals who oppose the policies of the Duterte regime.

(We need to remind the dictator in Malacañang that he will be judged by history despite the country’s withdrawal from ICC. The women and the people will make Duterte accountable.)

GWP also called on the Filipino people to be more vigilant and to thwart Duterte’s naked use of authoritarian power to quell dissent and opposition especially as the country is facing an unprecedented political and economic crisis. (davaotoday.com)