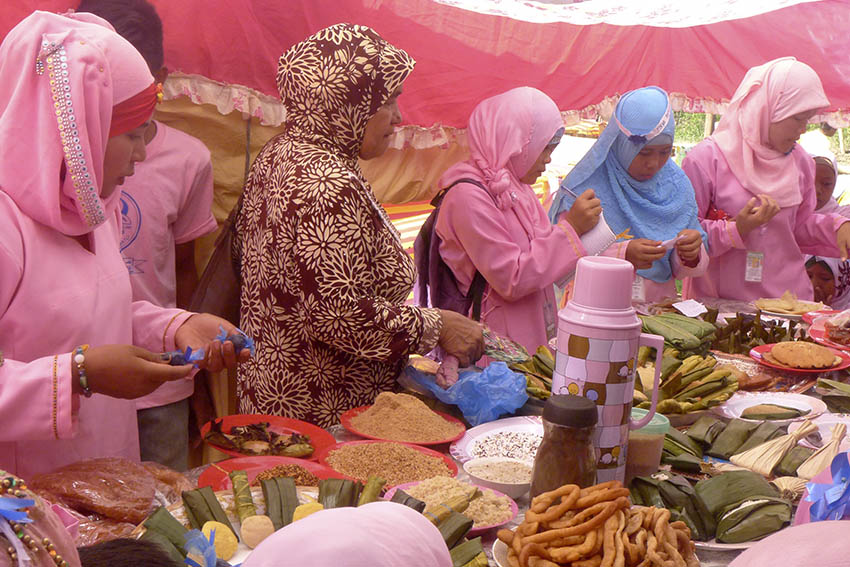 Mothers of students at the local Ma’ahad (Islamic high school) arrange a number of Maguindanawon delicacies in their bid to win a competition organized by the parents-teachers association and local leaders. The activity is part of the kanduli between Barangays Dunguan in the municipality of Aleosan and Langayen in the municipality of Pikit, province of Cotabato. The kanduli is the culmination of a series of activities in the last five years to strengthen peace mechanisms between the two barangays who are in rido for 30 years. The Ma’ahad, jointly built and being developed by both barangays May this year became their peace marker. (Contributed photo by Mariline Cantomayor)