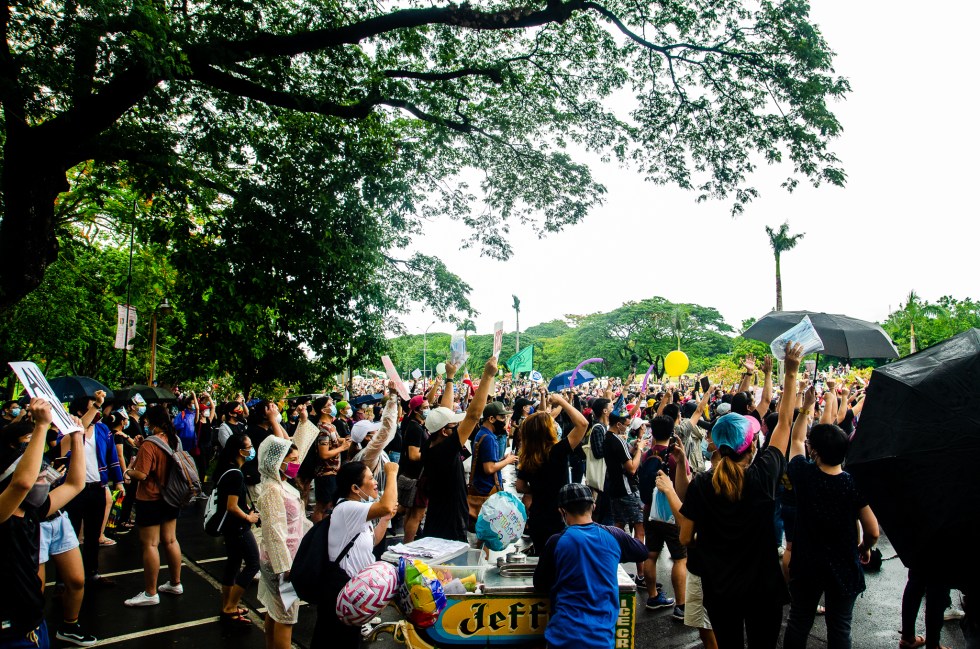 GRAND MAÑANIITA. Members of progressive groups and various organizations troop to the University of the Philippines-Diliman campus on June 12, the Philippines’ 122nd Independence Day, to hold the ‘grand mañanita’ where they called for the junking of the Anti-Terrorism Bill despite a government ban on mass gatherings. The birthday-themed protest was also a criticism against the National Capital Region Police Office for holding an early morning “extravagant” party for its chief, Brigadier General Debold Sinas, last May 8 where partygoers violated physical distancing and liquor ban during the enhanced community quarantine. (Maro Enriquez/davaotoday.com)