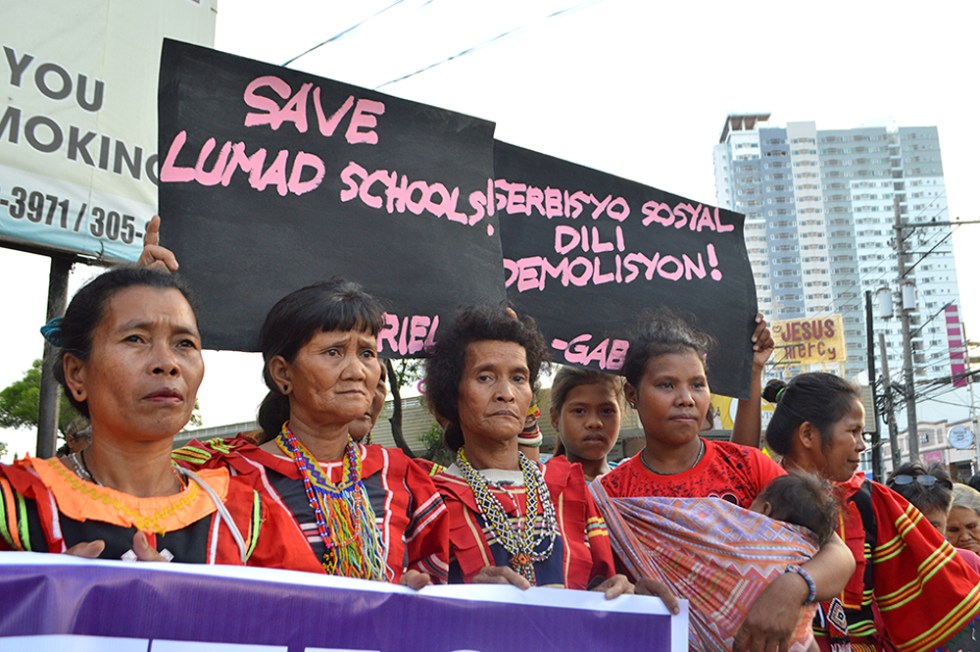 WOMEN’S PROTEST. Lumad women join the call to lift Martial Law in Mindanao following the end of the Marawi crisis in a protest held at the Freedom Park in Davao City on Friday October 27. Organizers said the protest is in line with their commemoration of the National Women’s Day of Protest today, October 28 which started in 1983 as an anti-Marcos protest. (Medel V. Hernani / davaotoday.com)