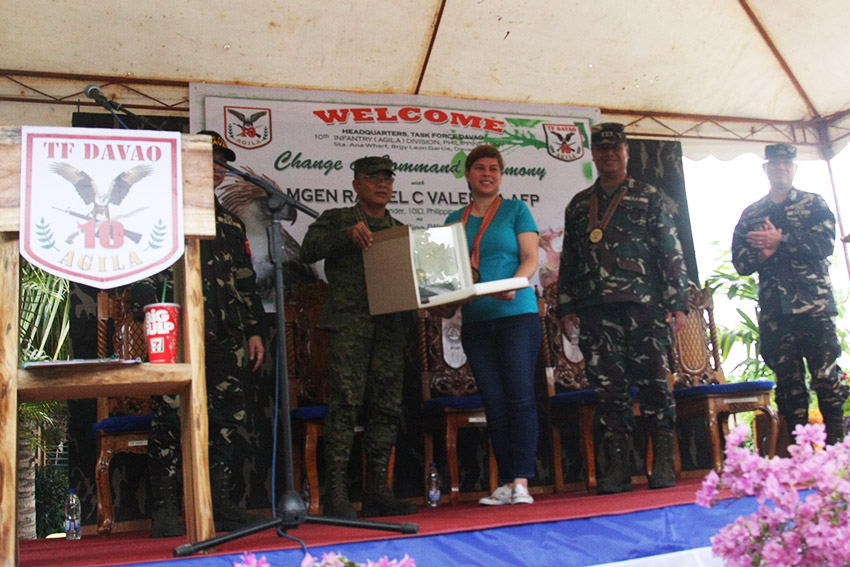 During the turnover ceremony at the Task Force Davao headquarters, Mayor Duterte asked the new TF commander Neri to give peace to the City within 9 months not even in “three years”.

Duterte said that she understood that there is no perfect place in the world, where terrorist attacks also hit First World countries like France, Germany, and Great Britain.

“Wherever you go there is always the threat of terrorism, even first world countries are affected by it with their sophisticated equipment and sophisticated intelligence sources, but they were still attacked so I understand,” Duterte said.

She added that during her term as mayor last July 2010 to July 2013, she experienced zero case of bombing incident “that’s why it’s difficult for me because it is my first time.”

Meanwhile, the mayor said she already saw the digital and artist sketch of a suspect in the bombing incident.

The sketch shown by the police Wednesday, September 7 was that of a man wearing a bonnet and a face mask.

Duterte announced that she wants both the DCPO and TFD chiefs replaced after the deadly bombing at the Roxas night market here last September 2 killed at least 14 people and wounded 70 others. (davaotoday.com)