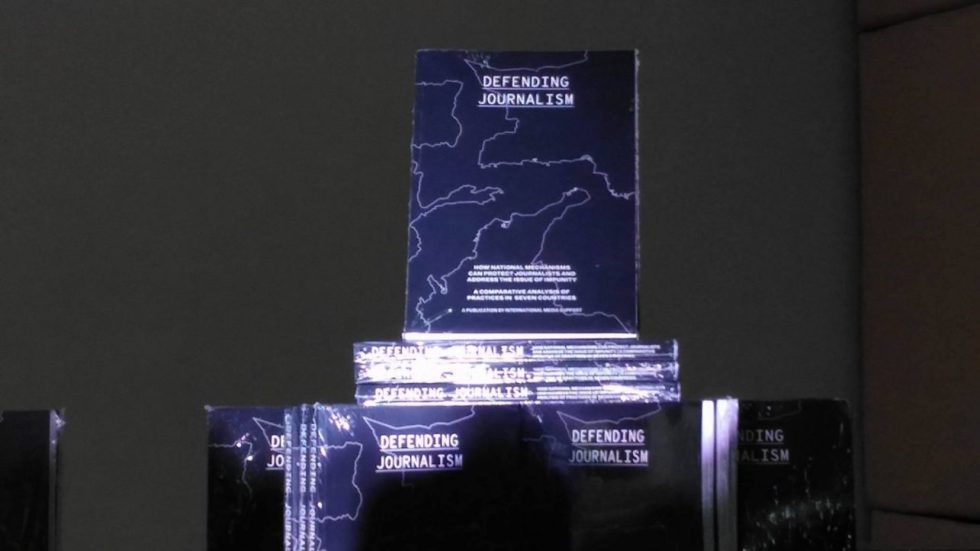 *This message of Ramon R. Tuazon, president of the Asian Institute of Journalism and Communication (AIJC), was read by AIJC Vice President, Imelda Samson during the launching of the publication titled, Defending Journalism. The book was launched at the Pinnacle Hotel in Davao City on November 18, 2017.

The launch of Defending Journalism comes at an auspicious time. Within the next few days, on 23 November, we will commemorate the 8th anniversary of the Maguindanao/Ampatuan Massacre.

Defending Journalism is not just a title. It is constant reminder that we have to continuously protect the freedom of the press as the dark forces lurking to destroy this inviolable freedom are relentlessly at work.

At a recent forum in Oslo that coincided with the commemoration of the International Day to End Impunity for Crimes against Journalists, I raised the question, ” What is it that perpetuates the ‘practice of impunity’ in the killing of journalists and media workers worldwide?”

In Defending Journalism, the Philippine case study partly answers this question by pointing to our dysfunctional justice system as manifested in the breakdown of the rule of law, one of the factors that breed impunity.

In the Oslo conference, I also presented my theory that the prevailing political economic system has preserved the power of ruling elites (in business and in politics), which has bestowed on them a sense of entitlement — those who deny or threaten these entitlements are expendable or should be excluded at all costs. Perhaps this is the untold story of the Magindanao/Ampatuan Massacre.

Defending Journalism, I study by and a publication of global non-profit organization International Media Support (IMS), presents actual experiences from seven countries on how national mechanisms can protect journalists and address the issue of impunity. Where else can we gain lessons but from countries that are also notorious for challenging press freedom?

We often encounter publications that examine ad infinitum the root causes of impunity in the killing of journalists. Defending Journalism presents a fresh approach by choosing to highlight what various stakeholders have successfully done (and can do) to address the issue and not be “held hostage” by the problem. We congratulate IMS for another global pioneering work.

In the next few months, IMS and AIJC will collaborate with many local media NGOs to pursue an EU-supported project that aims to contribute to building a freer and safer working environment for Filipino journalists with respect for human rights as its cornerstone. This may also involve “critical engagement” with groups and sectors that have made practicing journalism a greater challenge.

Some of the activities in this IMS-AIJC collaboration are expansions of or follow-ups to initiatives of partners such as the National Union of Journalists of the Philippines (NUJP). AIJC looks forward to conitnuing the tripartite partnership of IMS, AIJC and NUJP.

Let me end by asking you to pardon my absence today, but I assure you that our organization will always be one with you in supporting initiatives for journalists’ freedom and protection.

Again, Defending Journalism is not just a title. It should be the air we all breathe.