International theater artist Monique Wilson dances with Davao artists during the launch of the One Billion Rising 2014 Campaign for Justice at People’s Park Saturday. Next year’s campaign will focus on defending women’s economic, social and political rights. (davaotoday.com photo by Tyrone A. Velez)

Theatre actress, singer Monique Wilson is joined by women rights advocates in Davao to promote the One Billion Rising (OBR) global movement to end violence against women and girls (VAW). Wilson announced that the OBR 2014 will focus on calling for justice for victims of violence from sexual to political and economic violence. (davaotoday.com photo by Ace R. Morandante)

Realities of prostitution tackled in film and life 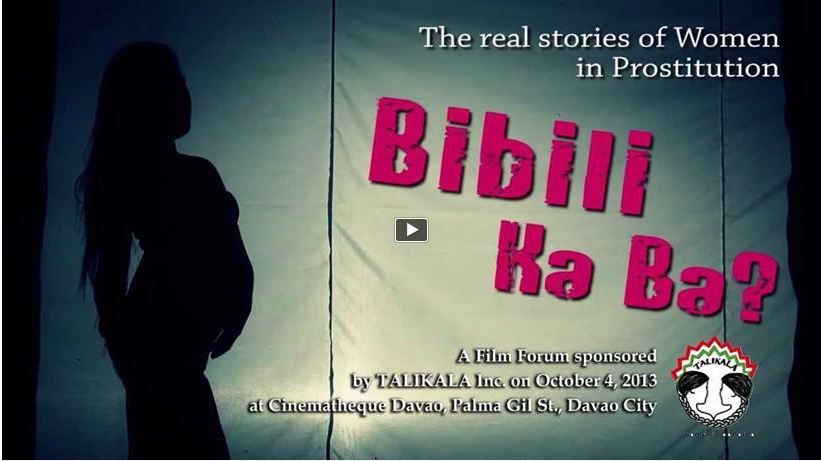 Somewhere in Davao City’s night life avenues, where darkness is punctuated with neon signs from bars and videokes, young girls have hard time coping with jeers and frowns from passersby. 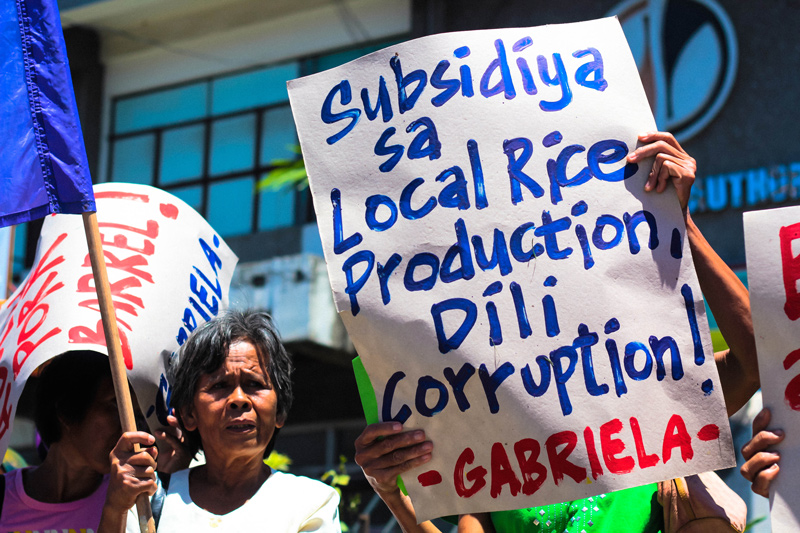 Emerciana Alo, a 65-year-old resident, said her family could hardly afford to buy rice now, with many family members without work and grandchildren under her care.

A nation that has embraced or swallowed hook-line-and-sinker, the doctrines of Catholicism is bound to obey the persuasive majesty of the church in matters that touch on the question of morality. It does not admit wrong or loss or defeat. 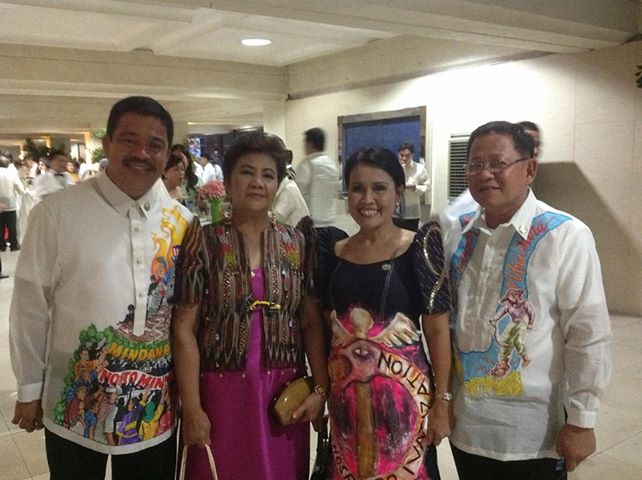 By TYRONE VELEZ
Davao Today
Luzviminda Ilagan, who represents Gabriela Women Partylist, said she was aghast that there was no mention of justice in Pres. Aquino’s SONA for the killing of indigenous peoples and their defenders.

Activists of the women’s group Gabriela gagged their mouths to symbolize the Aquino administration’s policies that sell out women’s rights with the proposed Access Agreement to allow the return of US bases in the country.(davaotoday.com photo by Ace Morandante)