There’s a higher plane where seeking for accountability can take us to, such as contemplating about socio-political systems which allow such adverse projects to perpetuate, about who really benefits from them. This saves us from the simplistic, ignorant, and cliché narrative of citizen-blaming. 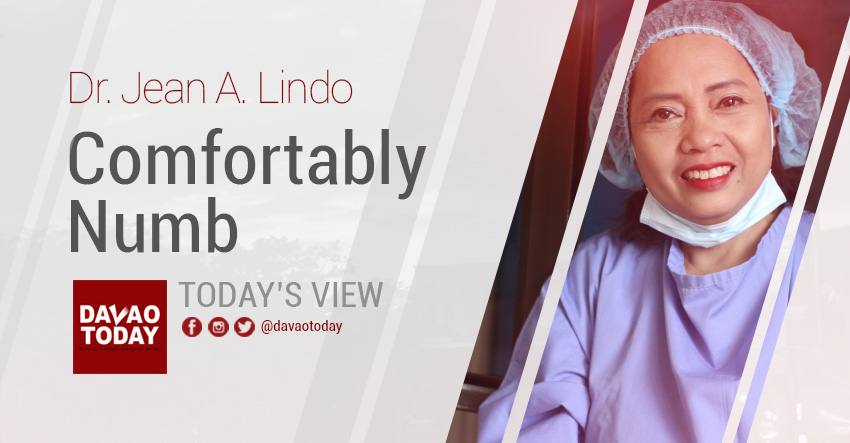 Every year in October, anesthesiologists celebrate or commemorate Anesthesia Week. I will write this time about the anesthesiologist as victims and victors. My column got its inspiration from Roger Water’s (or Pink Floyd’s) song “Comfortably Numb.”

Today’s View : CHR For Whom?

“Ngano man kahang gi-initan man gyud sa CHR ang atong Mayor, no? Imbestigahan daw tungod sa iyang pamahayag nga patyon ang dakong taeng smuggler sa bugas kun moanhi sa Davao!” [Why should our Mayor be the object of reproof by the CHR on account of his statement that he would kill the Number One rice smuggler if he comes to Davao?”]