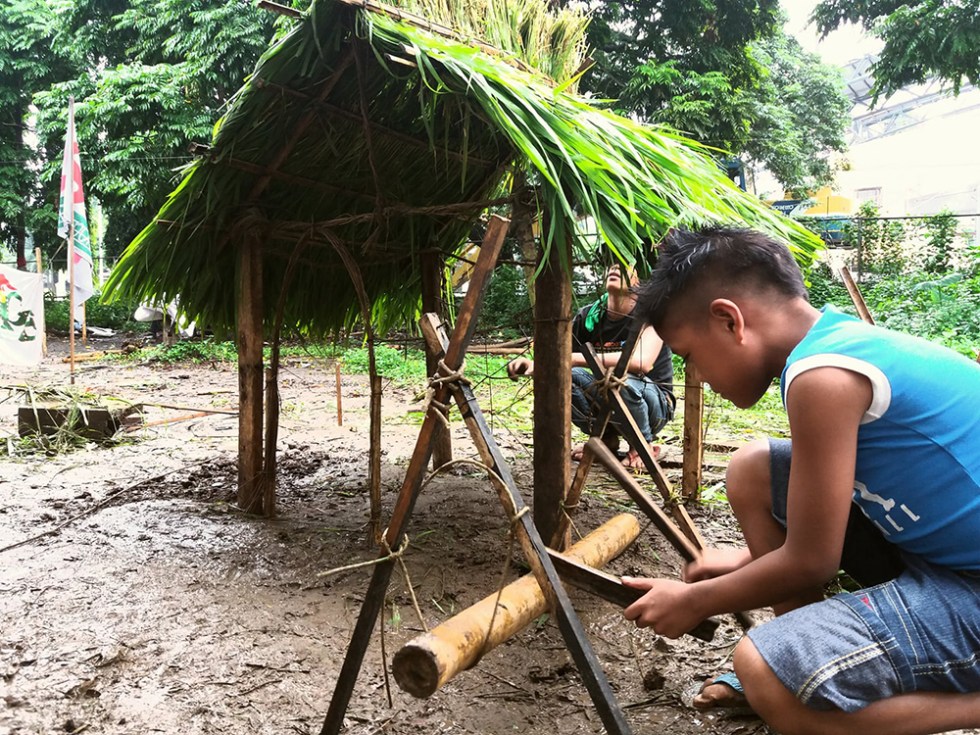 We, Filipinos have an odd way of commemorating the loss of our dear departed. If one takes a cursory look over the world.wide.web, during the past two days, it would seem that we are the only “Christian” world that spends so much time over lost opportunities.

Unless the established media conveniently ignore it, but it seems like we are the only people on earth who cling to the past like we do not have hope in our future.

But not a group of young members of the Indigenous Peoples who continue to hold their classes at the national capital region. The Lumad children from Talaingod and other parts of Southern Philippines who were driven out of the communities because of harassment from paramilitary groups allegedly funded by some sectors from the Armed Forces of the Philippines are refusing to be daunted by such folly from authorities.

They have instead used this opportunity not to dwell on negativity, but as an opportunity to tell the world their stories, which the established media conveniently ignore as they favor the side of their tormentors.

In the fun-filled activity of the Lumad children at the grounds of the University of the Philippines Stud Farm, they build miniature structures that show how they lived in their communities. Though most of them are already longing to go back to their communities, they are still fearful for their lives and those of their families who were left behind because, as they say, the paramilitaries who also came from their ranks, do not see reason anymore, as they have become blinded by guns and money given them.

The problem however is that the children and their families voices cannot be heard because government authorities in their municipality are in collusion with the big time corporate capitalists who wanted the Lumad’s land for the mineral resources underneath their ancestral lands.

We ask again, when will our national leaders ever learn to listen to the very least and disadvantaged?

Instead, the paid hacks in the mass media diverted the public’s concern to mundane and inessentials that rake in more profit for capitalists. This is being done because we, Filipinos are gullible in our susceptibilities. The media has had for ages made us believe that being too emotional is our “culture”, a thing that cannot be farther from the truth.

We cannot help but notice how other races in the world, Christians or otherwise, are not as melodramatic like we are. Nowhere do we find NEWS from whichever media outfit about foreign lands extensively celebrating their remembrance of the dead, except that we do see them making merry in ‘Halloween’ parties, as if they believe that their loved ones have gone to the ‘other side’ or the devil’s lair than the desired ‘heaven.’

The least that humanity can do at this period in our existence is to spread negativity.

The recent attack on a group of revellers from Argentina in New York City is such a sad parody of tolerance in a place considered as a ‘melting pot’ in the world, as NY has been known as a haven for all peoples of different races. However, the mowing to death of the Argentinians only speaks of bigotry, which we thought should have no place in our world today.

Sadly, the negative forces seem to be upon us. Do we summon it by simply and mindlessly doing things that does more harm than good? We can only find real peace if we learn from how our ancestors in the early period lived in harmony with the rest of humanity.