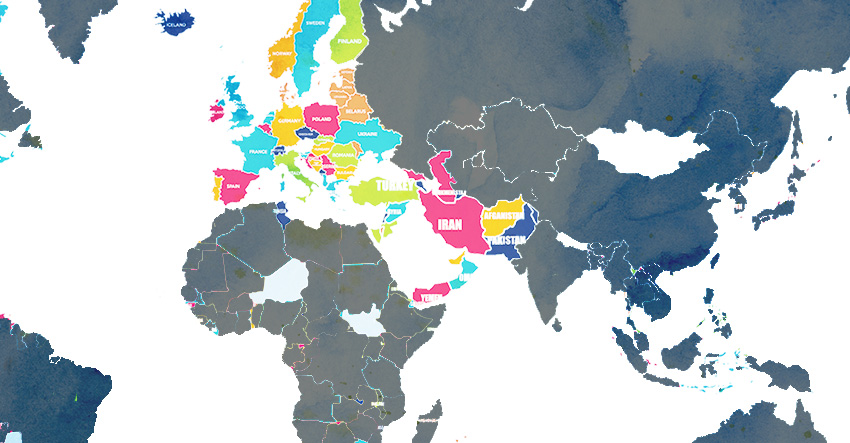 The recent atrocious attacks in the European and Middle Eastern territories have caused the rise of oppositional sentiments in the international news media and social media platforms.

These oppositional sentiments were fuelled by the seeming disparity of media attention given to territorial attacks (note that I refused to use the term “terrorist” attacks because it is a political construct often defined by the powers that be alone) due to general surmise that media mileage was attributed to the attacks in France, Brussels and Paris whereas exiguous media attention was given to the attacks against the people of Syria.

In this regard, it is relevant to assess the way the media frames the news because it determines the kind of public discourse that we, the media users, are engaged in. As James Curran put it in his book Media and Power, the “shift in media agenda and public perception can alter the course of a political battle, and lead to a realignment of public opinion”.

But what agenda and constructs did the media produce when it reported the attacks in Europe and Syria?

Let us look at some online media narratives and see how these contributed to our understanding of violence as a global phenomenon. We do not intend to create an overall impression of the media coverage of these attacks, instead, we aim to gather actual case examples that earned evocative media space which may either substantiate or reject the general observation.

The first case is the most recent attack in Nice, France during its National Day commemoration last July 14, 2016 where, according to various media reports, at least 84 were killed, including 10 children and teenagers, and 303 others injured. Here are some of the international news headlines published online:

Another recent attack that reaped public emotional clamor is the bombings in Brussels, Belgium last March 22, 2016 that left at least 31 killed and 270 others wounded. Here are the international news headlines on the incident:

On November 14, 2015, at least 129 were killed and 352 injured in a series of shootings and bombings in Paris and Saint Denis (national stadium). And here are the related news headlines:

Meanwhile, below are the news headlines on the attacks in Aleppo, Syria that claimed the lives of at least 253 civilians, including 31 women and 18 children last April 22, 2016. The data reported by the United Nations Envoy for Syria revealed that an estimated 400,000 have been killed since the country suffered political conflict in 1991.

21.  ‘We’ve had massacres all week’: Aleppo on fire again as Assad consigns ceasefire to history (30 April 2016, The Guardian)

Given the above news headlines, we found some framing constructs that are worth looking at.

First, some news headlines inculcate sympathy and shared agony by appealing to the relational yearning of the media audience, as in the cases of Nice (2-4 news headlines) and Brussels (10-11). By using news phrases like “young lives threatened”, “losing wife”, “six months old” victim, and “loses six family members”, the framing of the news is leading towards some kind of emotional revolution that could further muster solace from other media audience. This kind of media framing method also generates a cultural appeal that is anchored on the marginalized sectors of humanity, including women (wife) and children (six months old), to which, in practice, have been the same sectors that are usually framed by the media conglomerates to induce the emotional taste of the public.

Second, there are melancholy news headlines that could further terrorize the perception of the public. By using news phrases like “Attack on Nice brings danger to France closer to home” (1), “Scores remain critical after bombings” (8), “Brussels attacks could have been much worse” (9), “Three hours of terror in Paris” (15), and “Divided Aleppo plunges back into war” (19), the media denote consternation that may prolong fear, insecurity and panic in the public.

Third, some news headlines were straightforward, opting to write the headline with a purely factual description of the event and the emotional appeal of which is neutralized, if not at all dismissed. This can be seen in the case of Paris, where the figures, oftentimes coming from the authority, are directly relayed by the media to the public (see 12 and 16).

Fourth, there are some news headlines that are negatively slanted because the language and phrase used are unfavorable or even adversarial to the subject of the news story. And the case of Syria belongs to this theme when news phrases like “trapped in hell of Aleppo” (20) and “Divided Aleppo plunges back into war” (19) suggest that the place is indeed in “hell” and, that, it could be worsened by redirecting the “war” back to the people of Syria.

And five, there are trivial news headlines that are inconsistent with the flow of the news stories at a given time. In the case of Nice (6), the headline insinuates the role of the US hegemony in European political affairs and, thus, the communal effort of the two to bolster its self-justified war on “terrorism”. Such news becomes a basis for pronouncing political rhetoric against a common enemy of the State, which, in return, also appeals to the public perception of reviling the State-defined “terrorists”. In addition, the news headline “Paris attacks: BBC reporter Graham Satchell breaks down in tears during live report” appears inconsequential because the news narratives become susceptible to sensationalism, or worst, depolitization of the news in exchange of poignant plead to the public.

Now, reconsidering our original concern, there is an evident disparity in the media attention given to the attacks in Europe (France, Brussels and Paris) and Syria. We can see that, in cases of concurrent events on terror, pre-eminence in media attention is reserved for “developed” States because attack of any type against its dominance is considered infrequent and unnatural. And, the apparent adulation for the “developed” by the “developing” States (like the Philippines) still manifests in various public platforms like the social media.

The media attention given to these “terror” attacks is crucial in shaping the perception of the general public. Let us note that framing and reportage of “terror” phenomena must not be determined by the number of attacks and casualties, more so, of color and nationality. Instead, the media must reassert its democratic functions of surveying the social environment and be wary of its power to influence the formation of public discourse.