Narratives of the marginalized 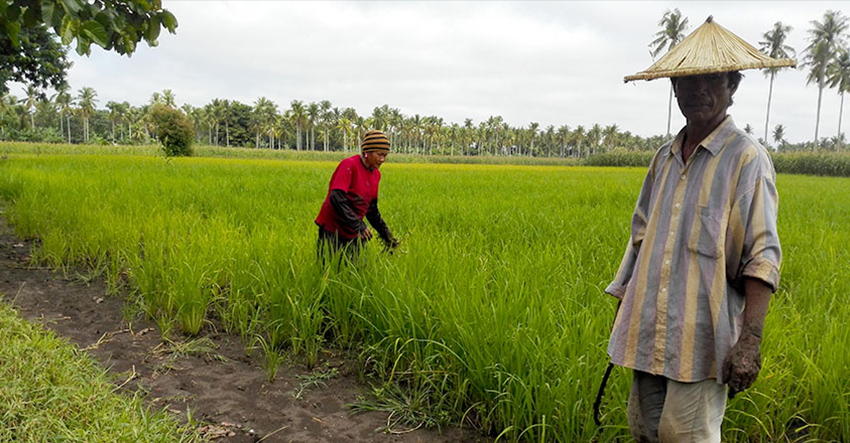 The media is indeed an arena of struggle. As a political and economically-driven social institution, it provides a space for the production of multiple viewpoints of diverse fields of interest. At the same time, it constructs a public reality – in actual or virtual form – that creates a representation of various classes. It is in this class representation that the media is perceived as a cultural arm of the powers-that-be given its ability to frame the agenda of/in the public.

In media studies, frames deal with bits and pieces of a picture that the media seeks to burgeon and the explicit manifestations of which center on the actual content, delivery and treatment of media texts-messages. Maxwell McCombs and other media scholars who worked on the agenda setting theory of the media put forward the material role of frames as these influence the way the public decode and re-produce the news.

Last April 24, the public witnessed the shady commiseration of presidential aspirants during the third and last Presidential debate when they were faced with members of the marginalized sectors including fisher folks, local and overseas contractual workers and women.

In this article, I do not wish to foreground the political rhetoric of the candidates. This is simply strenuous. Instead, allow me to explore the verbalization of the plight of the marginalized on one hand and the way they were represented by the media.

The organizers of the debate utilized a video narrative method to allow the candidates and the viewers to visualize the background and key concerns of the marginalized-respondents. After the less than a minute video presentation, the respondent would raise a standard question to the five presidential candidates.

These questions encompassed the needed assistance for fisher folks near the West Philippine Sea; the need to resolutely address the monstrous traffic jam especially in the metro; ending contractualization in local and overseas labor; the problematic state of public health including the lack of doctors and medicines in the countryside; and the conflict in Mindanao, which resulted to displacement and poverty.

Carlo, a fisherman, asked the presidential candidates on how he and other fisher folks can be protected from the harms inflicted by the members of the Chinese coast guard. He asked: “Ano po ba ang puwede niyong gawin para sa aming mangingisda upang matulungan kami na hindi itaboy ng Chinese coast guard at para maka-pamingwit kami ng mabuti ng mapayapa”? (What can you do to prevent the Chinese coast guard from driving us [away from the West Philippine Sea] and to allow us catch fish?). Carlo was obviously looking for concrete proposals to aid the fishermen navigate freely and continue make a living out of marine resources in the disputed West Philippine Sea. In addition, he was interested in seeing recommendations that would secure the fisher folk communities and their families in case the seemingly unabated conflict escalates, and, these would include food insurance, temporary or alternative employment, livelihood assistance, among others.

Perla, a public commuter, raised the issue of traffic congestion and asked the candidates: “Ano po ang agarang solusyon na maibibigay niyo sa amin para po sa kalbaryo namin sa trapiko hindi lamang po sa EDSA, sa ka-Maynilaan, pati na rin po sa buong Pilipinas?” (What immediate solution can you provide to address the sufferings caused by heavy traffic not only along EDSA [Epifanio de los Santos Avenue] and the metro but also in the country?). This indeed is an alarming public issue considering the flawed public transport system within and outside the metro including the fee increases in the Metro Rail Transit System (MRT) and Light Rail Transit (LRT) despite its parlous state of operations. It could have been more alluring if the media moderators injected follow-ups on specific cases of public transportation issues like jeepney and bus fares, road accidents, corruption in the traffic enforcement system e.g., under the table padulas (bribery). This way, the public can be more discerning in terms of gauging the grasp of the candidates with social issues.

On public health issue, Jun raised his personal experiences about the death of his father due to insufficient medicines and lack of medical doctors. He asked the candidates: “Ma’am, Sir, ano pong solusyon niyo sa lugar namin? Walang doktor, kulang sa kagamitan, at walang gamot. Marami na nagkasakit, namatay sa lugar namin, tulad ng tatay ko. Buhay pa sana siya ngayon kung mayroon sana akong nalapitan.” (Ma’am, Sir, what can you provide in our community? We have no doctors, insufficient [medical] equipment and no medicines. Many got sick and have died in our place, like my father. He could have been alive if there was available help then). Such narrative is way tragic considering the innocent life lost due to abysmal health system. Other agenda that could have been facilitated by the media in relation to health system include the privatization of hospitals and medical centers, partisan distribution of health identification cards, and lack of timely economic assistance to the family of the victims. We must not confine the discourse of public health and governance to short-term aids (as deliberately bragged by the candidates in public fora). More importantly, the media must stimulate a critical public space that will discuss the causes and implications of public health system vis-à-vis ruling political context.

Lastly, Amina of Maguindanao dealt with the issue of peace and development in Mindanao and queried: “Gusto ko lang pong itanong kung makakamit pa ba namin ang kapayapaan sa probinsiya namin? Dahil hanggang ngayon andun pa rin kami sa evacuation center. Hindi kami makauwi dun dahil sa bakbakan dun sa amin. Maliit pa ako, wala na akong alam na marinig kundi bakbakan. Hanggang ngayon, may asawa na ako, may mga anak na ako, bakbakan pa rin doon sa amin. Ngayon, hiwalay ako sa asawa ko, mag-isa kong tinataguyod ang mga anak ko. Paano ko bubuhayin ang mga anak ko, kung hindi ako makapunta dun sa bukid namin dahil sa giyera doon? Mauubos na yung mga kangkong na ipapakain ko sa mga anak ko. Wala na akong maisip na paraan para mabuhay ko lamang ang mga lima kong anak. Pinapag-aral ko yung tatlo kong anak para naman sana magkaroon sila ng kaalaman.” (I would like to ask if peace is still possible in our province. Until now, we are staying in evacuation centers. We cannot go back to our communities because of the armed conflict. All I have been hearing about since childhood is war. I got married and now I have children, but  war persists in our place. Now that I got separated from my husband and is a single parent for my children, how else can I feed them if we cannot go back to our farms because of the ongoing war? We may soon run out of water spinach for my children. I cannot think of any ways to feed my five children. I send my three children to schools hoping that they could learn something.). Mindanao dubbed as the Last Frontier has complex historical, political and cultural issues. And the narratives of Amina say a lot about the dominant economic and political condition in the area. As in the case of Jun, the issues hounding the likes of Amina must be represented in the media stage, and, through the media, must be popularized in order to attract more public support.

The agenda raised by the marginalized are indubitable. They are genuine. They are legit.

In fact, more media space should be provided to form a public discourse that will critically assess the fundamental causes and implications of public agenda. But the way the marginalized sectors of the society were framed during the corporate media-dubbed Presidential Town Hall Debate says something about the way they are eventually perceived by the public. To say that the marginalized are ever voiceless in their pursuit of change is an understatement. They must be seen as powerful voices that challenge the eventual turnaround of the presidential seal of power.

Jeff Ragragio earned his MA in Communication (Communication Research) from UP Diliman and is currently an Assistant Professor and Program Coordinator of Journalism of Kalayaan College.