Hush, the star is passing by 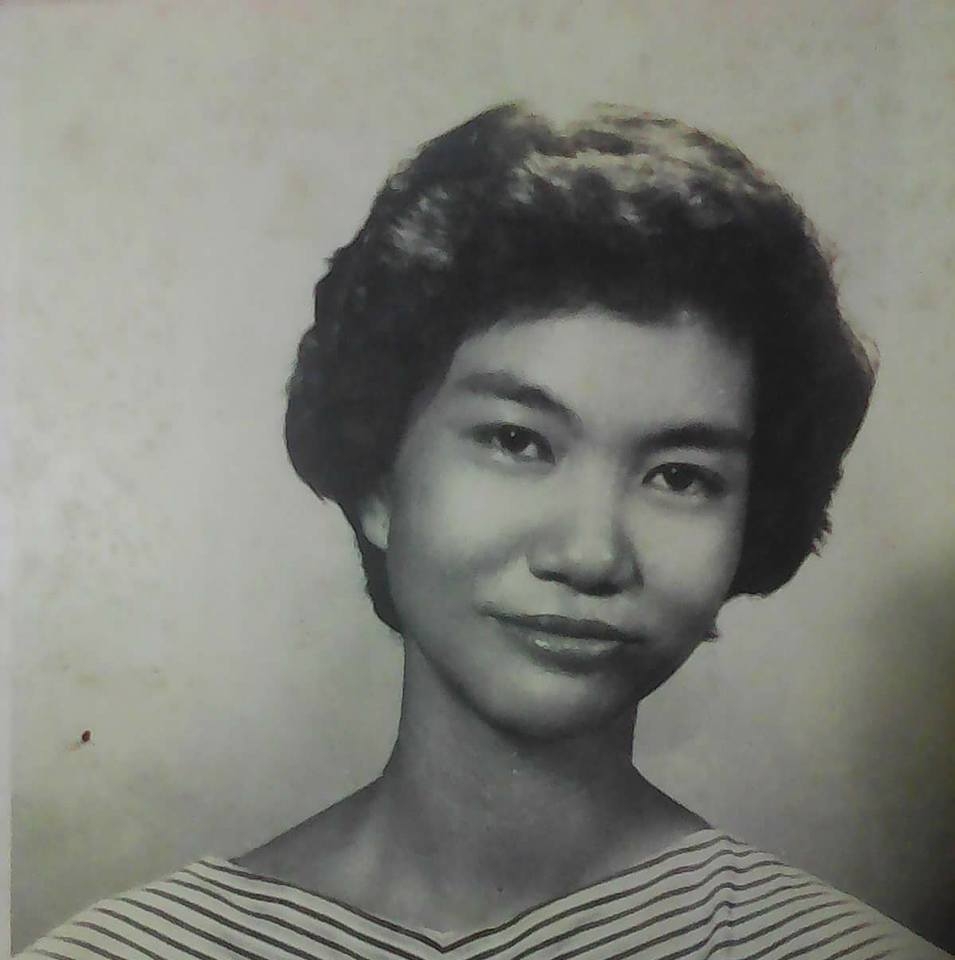 “Der” is a Star. And it manifests itself through the scintillating charm of poetry.

Tita Lacambra Ayala is the Star — a veritable Star. Tala, her signature artist name rhymes perfectly with her singular fame. Her radiance is a rare circumstance in the literary horizon of our nation, seeps into the collective consciousness of all lovers of literature and art.

And now we sigh missing her. Yet we know she has not gone away. The Star is not passing away. Tala is just passing by. We feel her presence as she passes by with the flitting breeze whispering unmistakable verses of lyric wit from her lips. . . as we capture glimpses of her winsome smile dancing on her face, and catch her eyes winking with the sparkle of naughty humor.

Here we are, witnesses all, to the inspiring moments of her life she has shared with us, now colorfully re-lived in our hearts’ treasured remembrances. Yes, we see Tala passing by in our inner eye. And we doff our hats and discard our grief in solemn salutation to the Star. For in missing her, she dwells eternal in the hall of fame of our national literature.

Just a month ago, in a gathering of old-time colleagues and friends—men and women of letters all – in an eventful evening of happy greetings and cheery sharing of a Christmas happening, Tita was in her usual engaging self. But something in her graciously radiates, something you’ll never miss — her awesome Baylan countenance – an aura of sublime self-esteem she has always carried in her mien with a style. Truly, she has lived her literary life as a worthy shaman, a priestess of Filipino poetry.

Indeed, Tita Lacambra Ayala deserves the honorary title of “Baylan of Filipino poetry”. And why not? Most every Filipino poet and poetess defer to her as a beacon of excellence in their lonely trek on the road less travelled by. Her poetry invariably celebrates the poignant temper of Filipino sentiment and sensibility. Hers is an enviable mark of an artist who has climbed to the ultimate in objectifying the Filipino soul in the sense and form of her art. And so, every aspiring poet/poetess wishes — no!— yearns for that rare honor to be featured in her Road Map Series! It is a recognition beyond measure from one whose stature has been invested with the authority of a Baylan!

The Road Map Series is one of a kind — undoubtedly, her undying legacy. It is a figurative oasis that struggling artists in their literary journey long to arrive at as a glorious sojourn in order to be esthetically provisioned to sustain in the long and lonesome trek to artistic excellence. It is what keeps Tita Lacambra Ayala apart, it is what makes her stand out among like artists who have attained some extraordinary feat in the arts.

Verily, Tita as baylan, is her own unique style. A consummate artist that she is, she has always made herself readily available to whoever longingly calls for her generous mentoring guidance. In no small measure did she extend chunks of her time and her acumen as art mentor. And dis is one dimension of her lifetime advocacy that renders incalculable contribution to the development of our local and national literature.

Tita’s mentoring methodology is truly unique — a charming channel of her precious legacy. She abhors lecture-messaging, but rather engages her student in one-on-one, dialogic, face-to-face encounter, whereat she guides her student to dig deep into the student’s own interiority as veritable landmine of one’s native insights. From here, Tita soon lets the student unearth the wealth of her own artistic discernment, letting her discover the glitter of the desired meaningfulness. And voila! The poem emerges in the glory of the aspiring artist’s own expressive objectification.

How many have passed Tita’s mentoring method? Not too many, I suppose! But they who have, certainly count among the most amazing poets in their own fruitful season.

Tita will always be a shining star in the literary realm. She would manifest her presence in every gathering of poets and literary creators, in every group conversation of artists and art lovers. And on dis very moment, on dis very hour, a good many of the gentlemen and ladies from the academic and literary circles do invest her with the crowning glory of immortality.

And so are we blest and privileged to manifest dis memorial tribute to Tita Lacambra Ayala, the Tala, the Star, the Baylan … as she passes by. And let me fittingly punctuate dis memorial piece with a song composed by her son Joey Ayala, titled Awit ng Mortal which I took the liberty of translating into Cebuano . . .