Since when has it become a crime to help the poor? 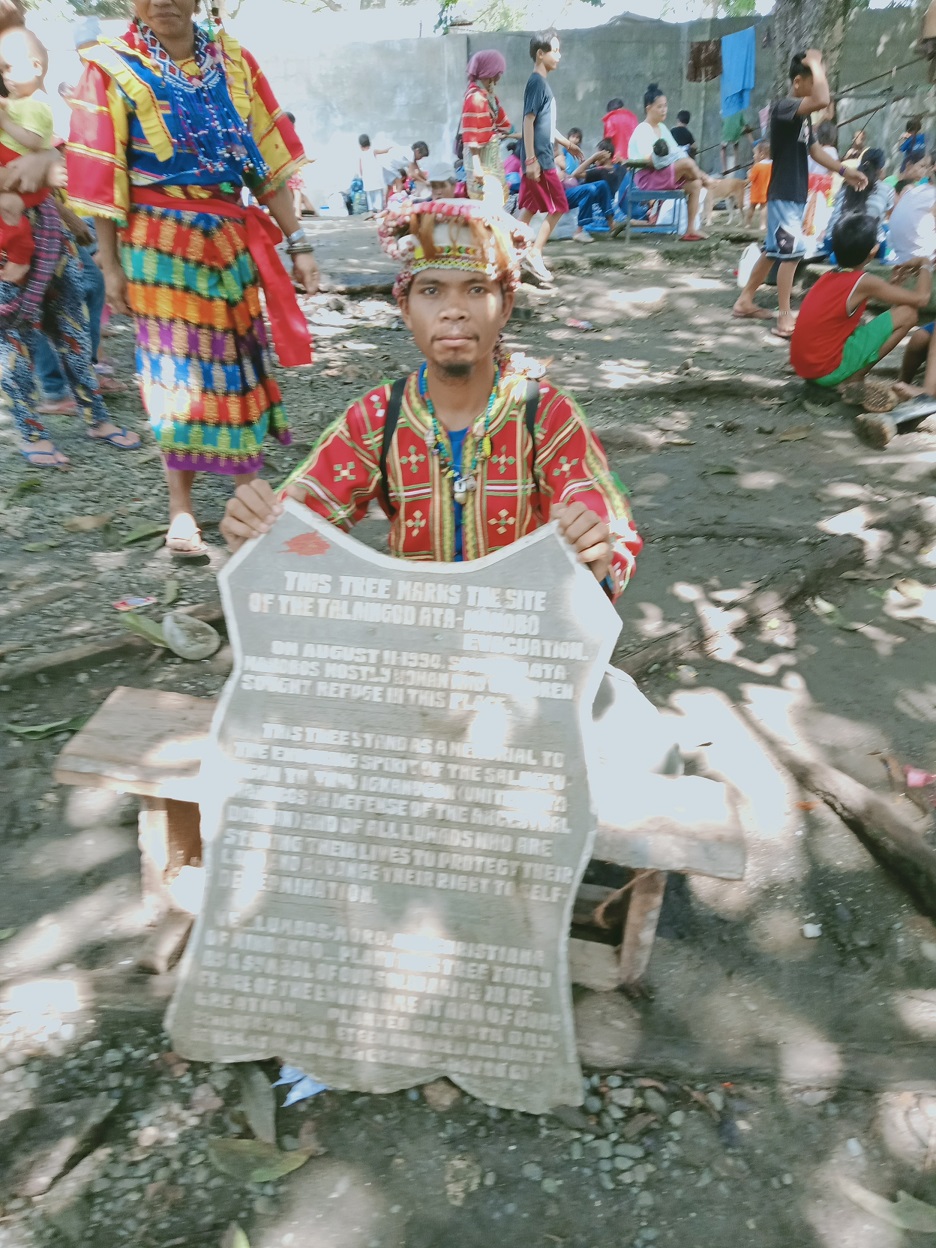 This tree marks the site of the Talaingod Ata-Manobo evacuation..

On August 11, 1994, some 500 Ata-Manobos mostly women and children sought refuge in this place.

This tree stand as a memorial to the enduring spirit of the Salugpungan Ta Tanu Igkanogon (United Ata Manobos in Defense of the Ancestral Domain) and of all Lumads who are staking their lives to protect their land and advance their right to self-determination.

We, Lumads, Moro and Christians of Mindanao…plant this tree today as a symbol of our solidarity in defense of the environment and of God’s creation. Planted on Earth Day, 22nd of April, Nineteen Hundred and Ninety Seven at MJ Haran Grounds, Davao City. (This was written in a tablet and placed under a mango tree near the house that was set on fire by unknown perpetrators some years ago.) 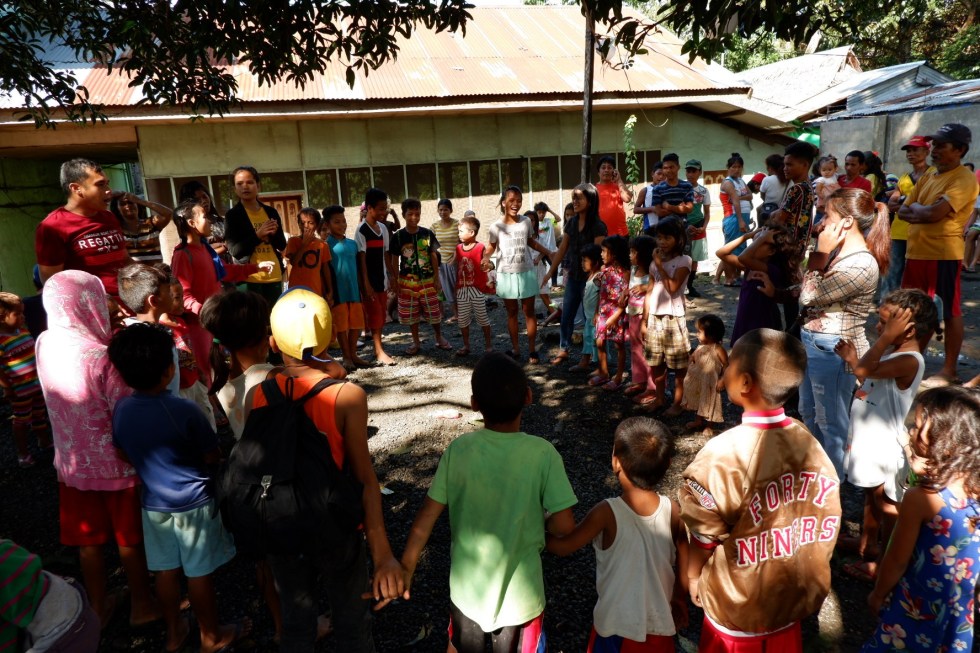 Their faces betrayed signs of anxiety, disillusionment and confusion, as the Ata-Manobo and other Lumad women and children huddled on the grounds of the United Church of Christ in the Philippines Southeast Mindanao Jurisdictional Area (UCCP SEMJA). It was second to the last day of January 2020, and many of them were weary from the seeming endless threats coming their way ever since they sought sanctuary at the UCCP grounds.

When the UCCP ministers including several bishops and pastors coming from different regions in the country started to gather themselves with the Lumad, as well as some sisters from other religious congregations who also came to show their support, some kind of light brighten the faces of the Lumad. 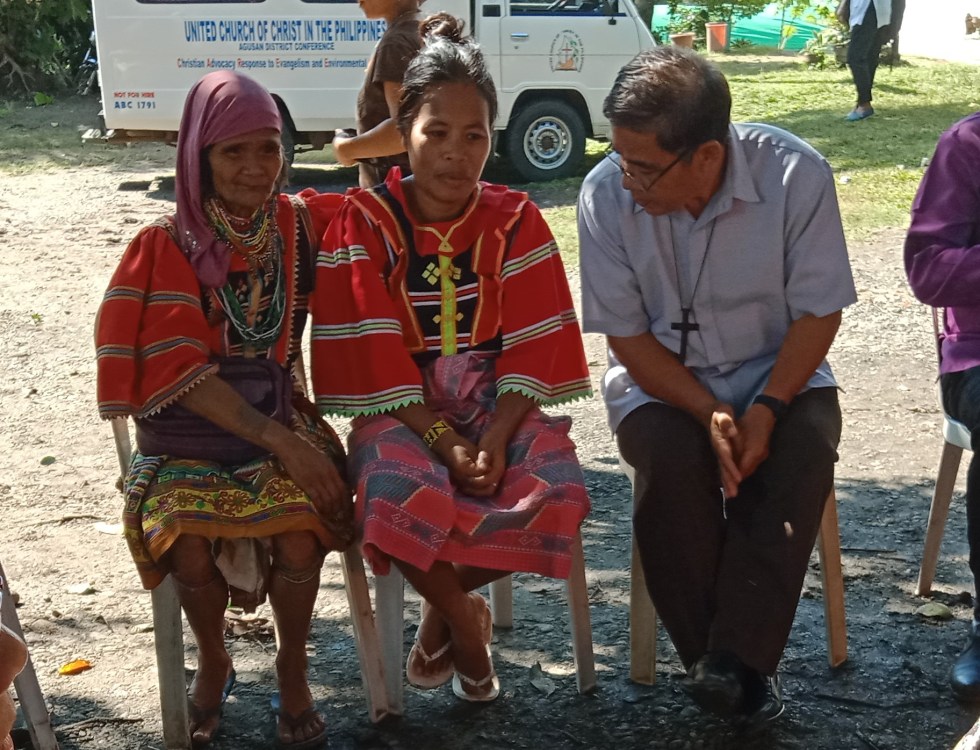 A Datu gave a background of how they came to seek refuge at UCCP Haran. Expressing his gratefulness to the bishops who welcomed them first in 1994 when they chose to come and seek shelter at Haran, the datu briefly talked about the continuous threats to their lives from the military and from their fellow Lumad who have turned into paramilitary elements after the military armed the latter and called them Alamara.

Likewise, he said that he and his fellow Lumad leaders have been threatened because of their stance to protect the last remaining fortress in the Pantaron Range that straddle Talaingod and many other regions in Mindanao. They refused to give in to the threats and bribes from the military in exchange for the plunder of their ancestral lands. Because of this, they sought help from church people in the lowlands.

In response, Bishop Hamuel G. Tequis, the Jurisdictional Area Bishop, and the rest of the UCCP bishops coming from other jurisdiction like Luzon, Visayas, and Mindanao regions, reiterated their support for the Lumad at the sanctuary that the UCCP had built for the evacuees through the years.

HARAN, they say, stands for Home and Altar for Reflection and Nurture, and that it was meant to be since 1994 when the center started to open their place for the displaced evacuees who were driven out of their lands in Talaingod, and for all those who needed to find peace, a place of reflection and nurturing.

Thus, even as military authorities including the recent attack against their church from the Regional Peace and Order Council (RPOC) that has made allegations of crimes against them and has threatened them with sanctions for supporting the struggle of the Lumad, their commitment to continue supporting them is steadfast and unbending.

Since when has helping the poor and powerless become a crime?

Such was the question of the religious sector, especially among the UCCP ministers and those among the NCCP, that stood firmly on their resolve to continue their mission of extending help to the Lumad.

The strongly-worded statement started with a biblical call, thus: “Because of the oppression of the weak and the groaning of the needy, I will now arise, I will protect them from those who malign them.” (Psalms 12:5)

It stated further: “The National Council of Churches in the Philippines strongly condemns the attack, harassment and intimidation against the Lumads seeking refuge in the United Church of Christ in the Philippines (UCCP) – Haran compound in Davao City on 25 January 2020. The Council decries the resolution of the Region XI Regional Peace and Order Council (RPOC) that demands the closure of the church compound.”

“The NCCP considers the resolution an appalling vilification (of) the Christian mission of the Church to serve the people. It also denounces the vicious acts of harassment, intimidation, and attempts of closure of the UCCP Haran. We vehemently condemn this attack and violation of the Lumad’s right to safety and sanctuary. That such blatant harassment could happen in broad daylight reprehensible. What is more troubling is the inaction of the PNP despite the evident attacks in the church compound.”

Joining in their voices in support of the Lumad evacuees at UCCP Haran sanctuary, the Missionaries of the Assumption sisters represented by their Coordinator Sr. Flora Secuya and two other sisters likewise went to show their solidarity days after the Lumad at the sanctuary experienced harassment and fears. 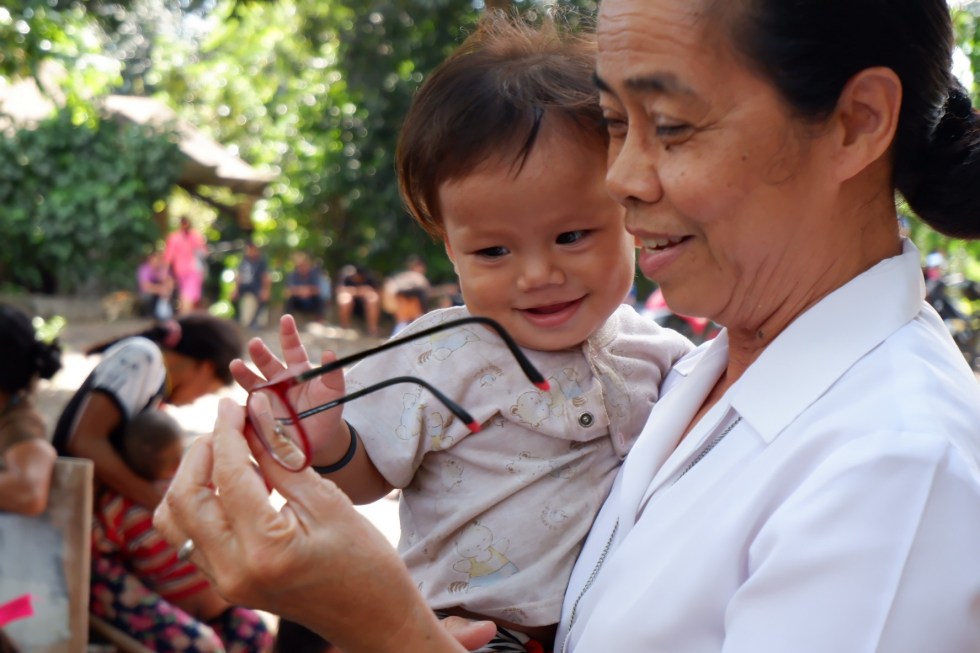 Sr Flora Secuya, m.a. the Coordinator of the Missionaries of the Assumption delights a Lumad child. (Margarita Valle/davaotoday.com)

Acknowledging the laudable support of the UCCP SEMJA to the struggle of the aggrieved Lumads for nearly three decades already, Sr. Flora expressed appreciation and admiration for the UCCP’s firm stand and commitment. “Your commitment in supporting the struggle of poor are our inspiration in continuing our mission for the poor,” Sr. Flora said.

In a separate statement, the Missionaries stated, thus: “The voice in the wilderness echoes in the hollow recesses of the hearts of the human world that is filled with material want and hate. Such is the voice of the ministers at the United Church of Christ in the Philippines South Eastern Mindanao Jurisdiction Area (UCCP SEMJA), who have chosen to follow Jesus in His work with the poor and powerless. In the Christian world, the UCCP SEMJA walks the lonely path of ministering to God’s Anawim among the Lumads from Davao Region, offering their Haran Center as sanctuary to the indigenous peoples who have nowhere to go as they seek shelter and a safe place to stay,”

Moreover, the old leader of the Ata Manobo tribe, Datu Doloman, who has been with his people in their struggle through the years was visibly happy to hear the UCCP bishops and the support groups including non-government organizations and individuals renew their vow to pursue their commitment for them.

Under the big mango tree that gave its coolness upon the beleaguered indigenous peoples and their sanctuary, things have become less daunting for the Lumad as they vowed to continue their struggle no matter what.(davaotoday.com)