Serving the Poorest enliven the Apostolic Life of Missionaries

Gratitude was written all over the faces of the Missionaries of the Assumption (m.a.) Sisters who celebrated three decades of their existence and commitment to serve God’s poor in all their mission areas. The Holy Eucharist opened the 30th Founding Anniversary of the m.a. that also highlighted the commemoration of Mary of the Assumption, the Sisters’ patroness, and was officiated by no less than Davao Archbishop Romulo Valles, D.D., current Catholic Bishops’ Conference of the Philippines president.

Moreover, the feast day also saw the launching of the Assumption Sisters’ “Herstory”, a book entitled “Seeking New Meanings and New Expressions” that chronicled the mission and vision of the Sisters in the three decades of their living as Society of Apostolic Life in the church. Likewise, four sisters joyfully celebrated years of commitment to the congregation, namely Sr. Marietta Banayo, Sr. Aurea Quiñones, Sr. Julie Abarquez and Sr. Irene Caharian.

In her message, Sr. Flora Secuya, the new superior of the Missionaries of the Assumption said “The search for new expressions of consecrated life is a quest for a paradigm shift, a risk to a new life, an openness to change with a new perspective. This is a call to never-ending beginnings, which means — to always begin anew… a call to constant renewal, personally and communally.”

The making of the book was something that the Sisters found to be a difficult task, though everyone of them have dreamed of formally putting all of their experiences in a document that would serve not only as a testament of all their stories of struggles and successes. It was also meant as a source of information for young sisters to learn from, as it was also hoped by the Sisters that the book will help other people understand their avowed commitment as missionaries for the poor. 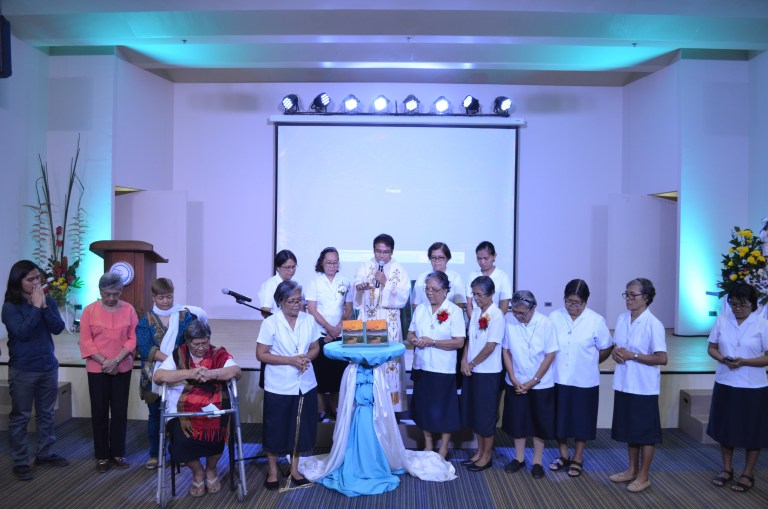 “Our community as a Society of Apostolic Life is the very expression of our collective dreams not only inspired by our founders but also by our work with the poor, God’s Anawim, who continuously remind us of the very purpose of our existence, our hopes and dreams,” Sr. Elvira Soleminio, m.a., the current President of the Assumption College of Davao likewise shared in her message.

Foremost, the book detailed briefly the difficulties confronted by the Sisters after separating from their mother congregation, the Daughters of Mary of the Assumption (FMA) led by Canadian Sisters in the late 80s, and how the Filipino Sisters struggled to stand on their own. Moreover, the succeeding activities, programs and formations that the Sisters have undertaken all through the years, have made them face the challenges with courage and strength, with the help of some personalities in the Church and from other private individuals who have been supportive of their efforts.