Back in the day when I still had TV I would just voraciously consume all sorts of programs, and among them, reality competitions were a distinct guilty pleasure. They have become behemoths in our everyday culture. The hook for these programs, of course, was not the competition per se. More often, it was how relatable or popular the contestants were to the audience. In order to accomplish this, the directors and creators of these shows would comb the contestant’s personal lives to play up whatever drama was available to the hilt: being dirt-poor, coming from a broken family, being a single parent, having a disease or disorder.

These would typically be framed as that person’s “story.” I can’t tell you how many times I heard the phrases “Tell us your story,” or “Everyone has a story” to keep an episode going. There would be interviews and montages, tears and testimonials, often with the judges and the host in appropriately expressive commiseration and swelling music in the background. And we are treated to the spectacle of triumphing over insurmountable odds, of embraces and miracles, and maybe, just maybe, the chance to win the grand prize. And even if the contestant didn’t win, his or her final farewell/song/walk would still adhere to this narrative, often encapsulated in the self-assured statement that “my story will continue.”

Of course many of us are aware that the outcomes of such scenarios are more mundane than moving, which begs the question why programs keep repeating it (and its corollary of audiences being enraptured by it). We must remember that while the manifest intention of these cultural phenomena is to give deserving individuals (one per season) a chance, at the end of the day popular programming must make money for the producers, the directors, the celebrities involved, the networks, and to provide far-reaching venues for advertisers in their unceasing hustle to sell goods.

Stories are extraordinary. A writer would spend a lifetime crafting the perfect one, and an anthropologist would spend a lifetime unravelling them. Stories are potent. They can move people to weep and to fight and to believe things they might not have thought possible. They also fit and reflect the social milieu in which they are told – and our current commodity-driven milieu knows this. That is why they fan this almost-obsessive drive to tell individual “stories” detached from any meaningful consideration of social reality or structure. This is how they exploit stories.

When news broke that a former UP Manila student, Josephine Lapira, had been killed in the middle of an encounter between the military and the New People’s Army, the UP Manila official Twitter account had this to say: “Rest in Peace, Josephine Santiago Lapira (BA Development Studies) – whatever the story”, with a link to a news website. It was supposedly taken down but followed by this apology. I did not know Ms. Lapira personally, but we could certainly expect some degree of delicacy and sensitivity when talking about the departed, especially if coming from a social media account of a public institution. 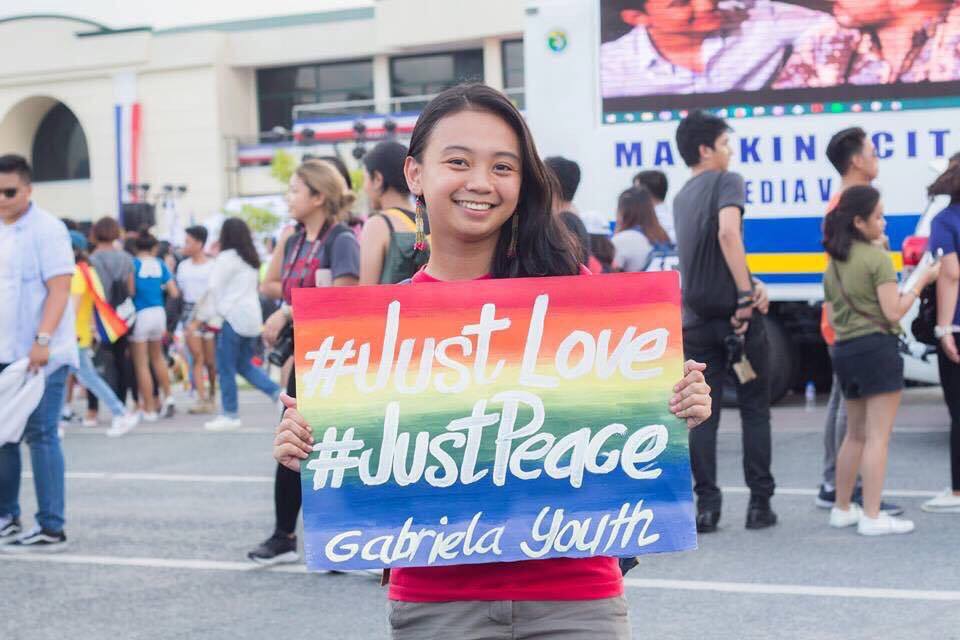 Before continuing I would like to express my deepest condolences to Ms. Lapira’s family and friends. Even if I was not the one who tweeted this, as a functionary of the UP System (and I once taught in UP Manila, and she could have been a student of mine) I am still deeply ashamed of the crassness that some of my peers are capable of. I am sure that Ms. Lapira’s memory will always be a fount of thought and action towards achieving the changes that she fervently hoped for.

Indeed, it is the nonchalance of this tweet in reducing the “story” of Ms. Lapira’s death to a “whatever” that prompted the musings I wrote above. That tweet (and the apology that followed) is symptomatic of the overwhelming cynicism and being dense (I still cannot find an appropriate translation for that wonderful word of words in Tagalog, manhid) blighting so many of us that all sorts of indignities, inanities, and violations have been allowed to happen day after day in our nation.

But I also want to emphasize that the setting aside of the circumstances of her death, and by extension the story of her life, stands in stark contrast to the stories that are highlighted and given much currency in popular and social media. While commerce-driven outlets would have us wallow in melodrama and happy endings, narrative trajectories that do not fit this mold are quickly hushed, or impatiently waved away.

Capitalism and the culture it breeds does not allow sad stories, troublesome stories, stories of discomfort, or of violence, stories of conscience, to intrude upon our lives. Hence the obtuse ambivalence of that tweet, and its reluctance to acknowledge even the possibility that yes, bright and promising young women and men would freely choose the most difficult of lives over readily accessible comforts. It refuses to acknowledge that yes, many of them still arrive at, and take to heart, the conclusion that the revolution is the only path towards genuine change. And it refuses to acknowledge the truth that yes, these same bright young women and men, regardless of whether they bear arms or not, are killed, and will continue to be killed, by the state so long as it remains to be the fascist government that it is.

Many have taken to Facebook and Twitter to express their love and admiration for Jo Lapira, to correct that initial error and to start to create an archive of love and affection. But we still would not leave it to social media to tell her story, especially when it has also served as a platform for others to more explicitly sully her memory.

The telling, and re-telling, and continuation of the stories of these young women and men will be done through the renewed commitments of their family and friends to pick up where they had left off. It will be done by the people they served in hinterlands who, though far from smartphones and the internet, are in the deepest heart of the struggle.

And these will be the stories that endure among the ranks of the epic warriors of whom our indigenous peoples chant, among the noble heroes who paid with blood and tears to build the foundations of our nation.

And the unfeeling will be just as fleeting and forgettable as a deleted tweet.