The owner of the house along Bara-as Street in Iligan City might have envisioned her or his house as a beautiful structure built from the sweat from long hours of work in a foreign land and several years of being away from family and homeland. She or he could have thought of that house as the ultimate reward for the sacrifices made abroad.

But it might not even once crossed the owner’s mind that before the structure becomes a house, he or she would allow it to be used as a temporary shelter for more or less 200 groaning and suffering and considered “home-based bakwits” among compatriots who have left their own homes in the troubled Marawi City.

As the 3rd wave of the International Humanitarian Mission team visited the place, the evacuees looked on from window jams, and around the house, filling every little space at the frontage of the house that has yet scaffoldings everywhere. Passing through what looked like a narrow passage towards the dark interior of the ground floor, each one had to walk carefully on unsteady flooring and at the same time grope in the dimly-lit room that was filled with people. 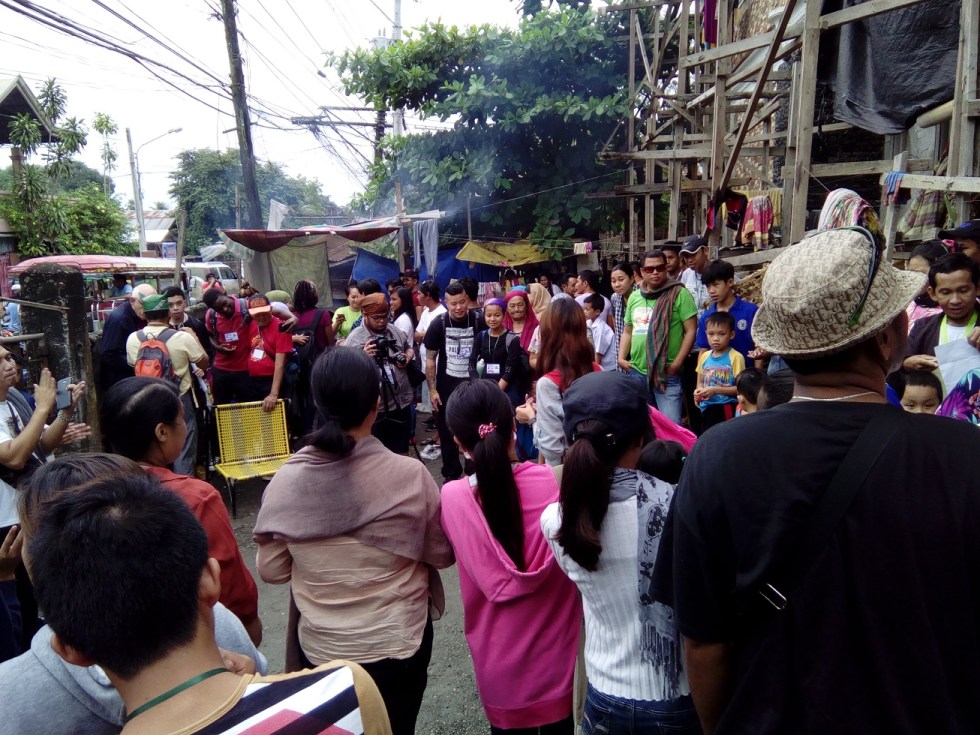 In the dark, one can see that the big house is half finished, with room partitions and simple architectural designs. A semi-spiral staircase is right smack in the middle of the two-storey building, from the ground floor that could have been designed as the living room.

The air was stale and the smell of human sweat, urine, dust, and stink from construction materials was overwhelming, seemingly mixing with the noise and the hassle and bustle of talking and calling out from a hundred people who are all at once moving inside the house and talking all at the same time. It felt suffocating.

Up to the second level of the unfinished house some members of the team went and looked into some rooms that shelter more or less 10 families on each room. Peering inside one of the rooms, one could not help but notice two little children lying sick on some pieces of card boards and mats. 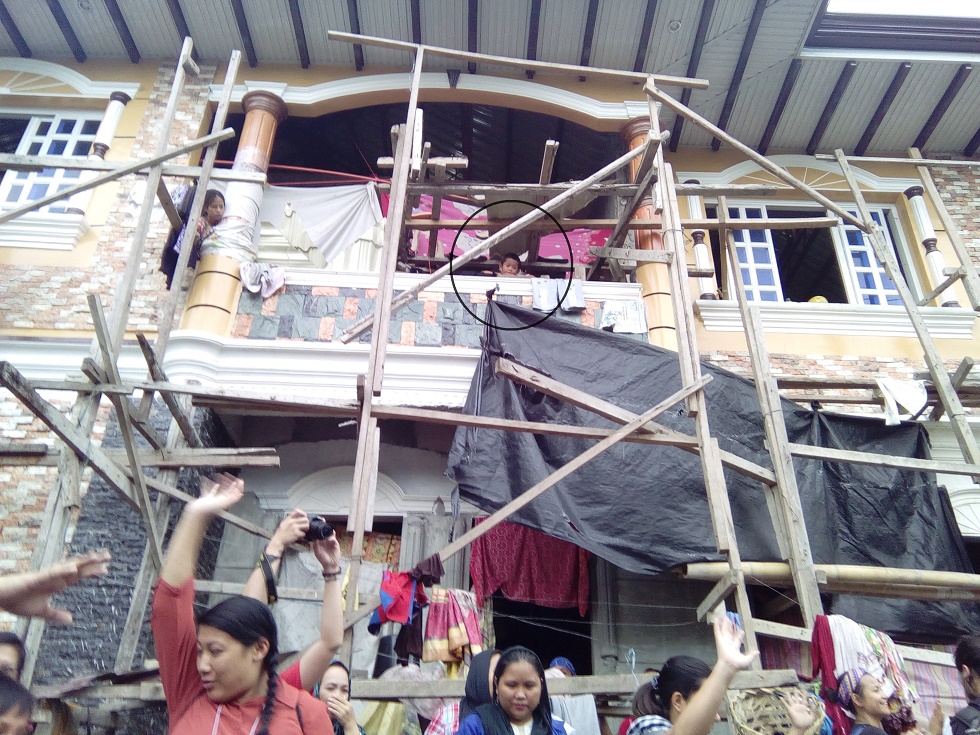 A sick child looks down on his peers who are having psychosocial therapy. 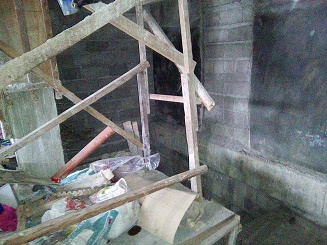 Oblivious of the dangers they are living in with scaffoldings inside the unfinished structure, the bakwits are rendered vulnerable. 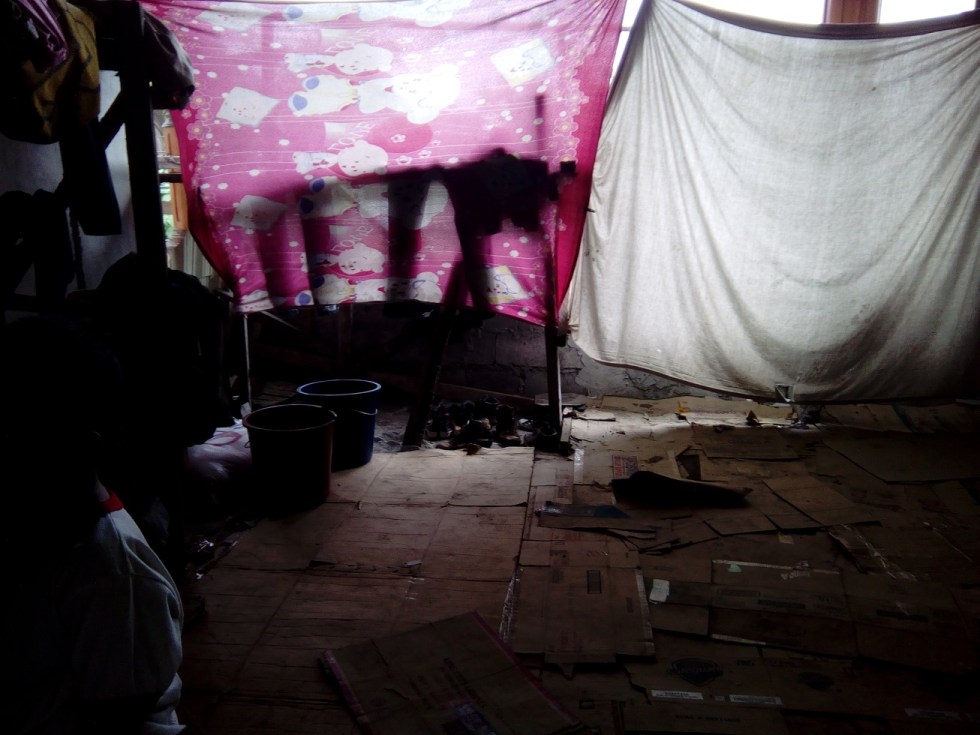 With thin cloth as partition, several families crammed themselves inside a 5x5meter room at the Bara-as tenement.

Their mother said the children have been having fever for a week already, and the mission doctors diagnosed them as having measles. My heart constricted and missed a bit at the sight of the innocents helplessly lying on mats, uncovered. A heavy lid seems to weigh down on me, the way some of the participants felt.

There was no toilet up on the second floor and neither can one find any on the ground floor. A cubicle that served as the only toilet for all of the “bakwits” taking shelter on this tenement is located on the right corner of the big structure. It is made of bits and pieces of wood, sack cloth and plastics to cover a four by four foot box big enough for one person to clean or relieve the self.

Why are these people being stripped of their dignity?

It’s a question that nobody among the affected people wants to answer even if they knew the reason all along. Nor does anyone among dared ask…? 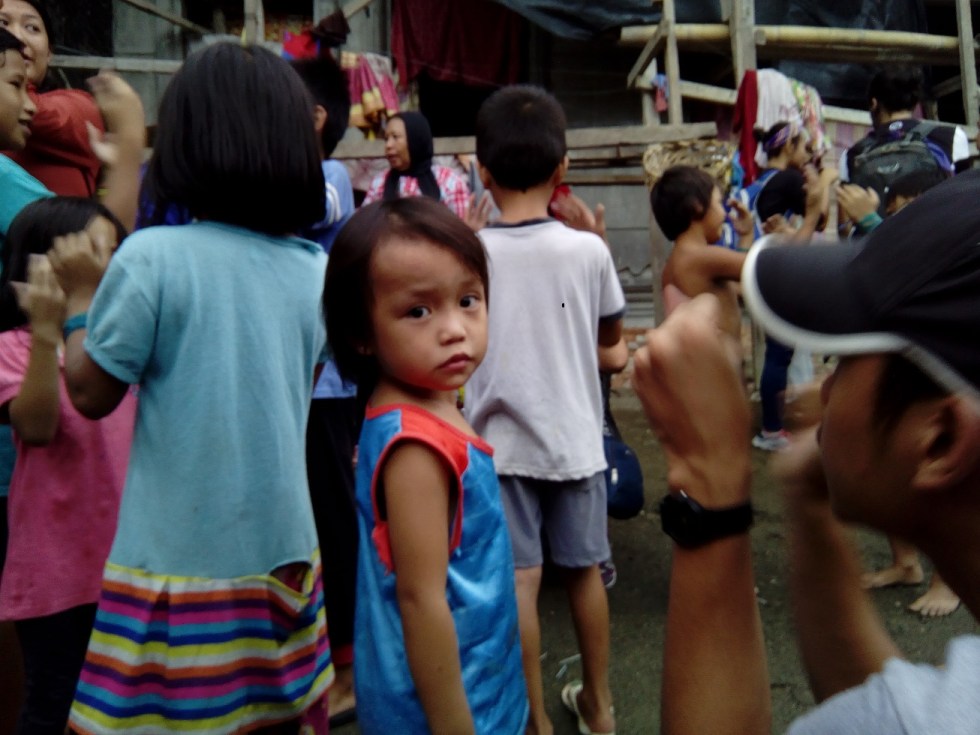 A beseeching look from the innocent 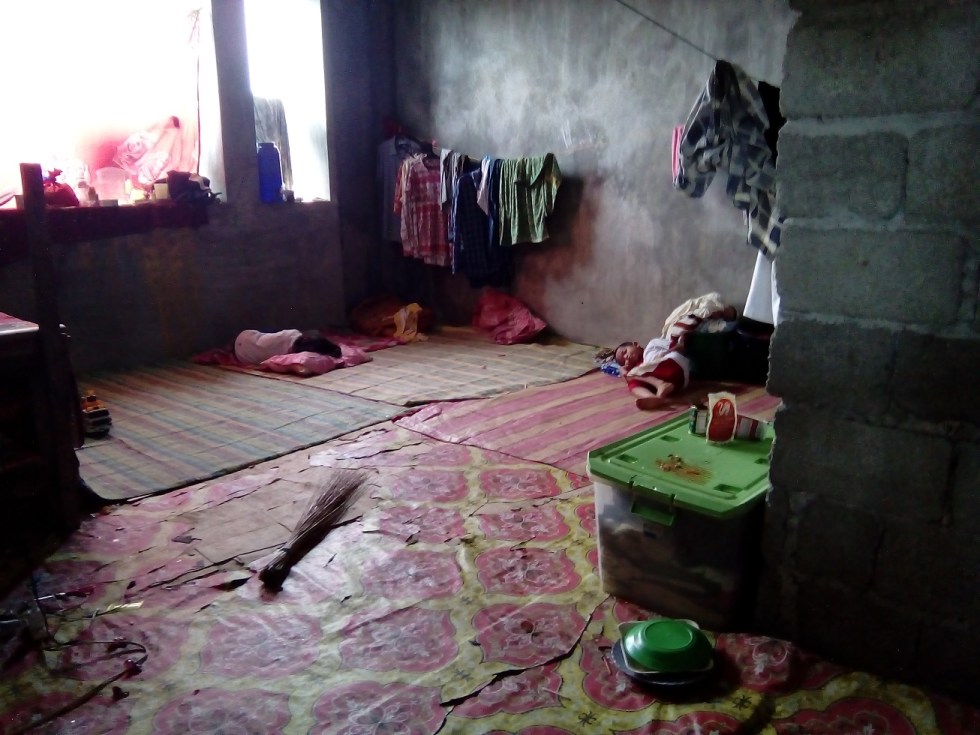 Children suffer with measles due to the crowded and unhealthy living conditions they are forced to live with at the tenement. 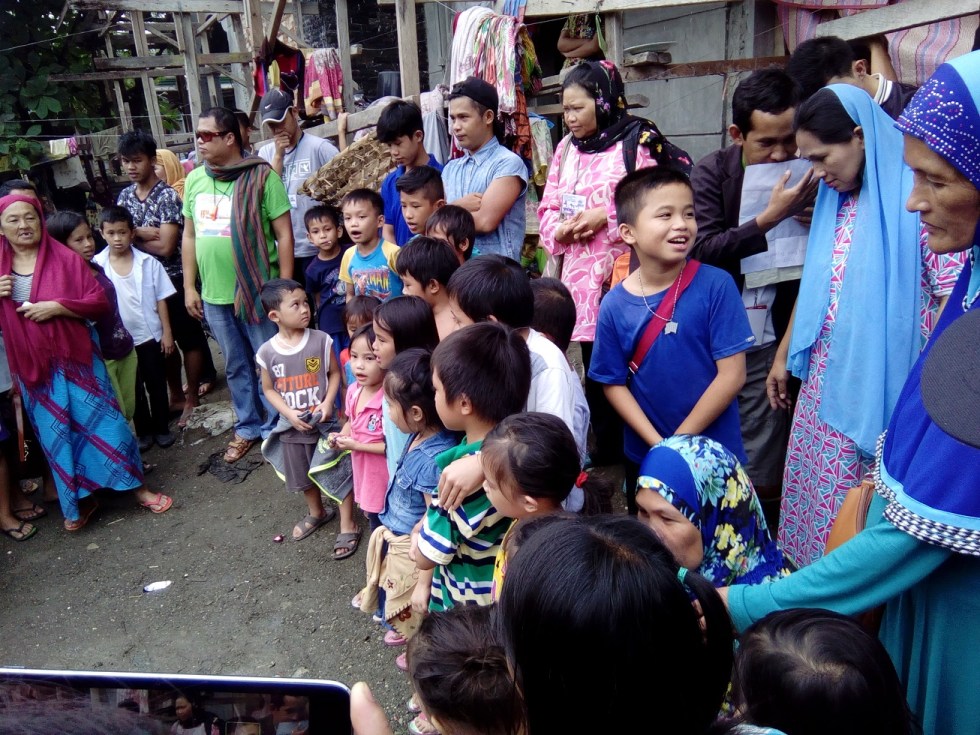 Children tag at the hearts of the humanitarian mission team as they sang their hopes and wishes with “Bangon Marawi” song.

Out there, they knew why they are being driven out of their birth place. In their hearts, they might have known the real reasons why they continue to be ‘bullied’, but they would rather keep it to themselves for fear of reprisal.

Because it has always been considered a “crime” to complain to “authorities”, to claim their rightful place in this society or seek redress for the wrong done against their person.

There are no declarations, neither official documents that contain written edicts or decrees against the Moro people, but for decades, nay, centuries, they have to struggle against and resist these injustices dealt against them.

It is an open book… Every Filipino is aware of this reality, but everyone would rather keep their “peace”, including the Moro people themselves who continue to dream of that one big day when they are finally able to exercise SELF-DETERMINATION.

This proud Maranaw tribe who are forced down their knees with indignities might be seemingly lost and bewildered now, but until when could they stretch their patience and tolerance? Until when will the national leadership continue to be seemingly unperturbed by the growing restlessness in so-called ‘home-based’ shelters and evacuation centers that are far from being habitable, for an undetermined number of months, to say the least, and continue to keep an aggrieved people’s perseverance from snapping?

Forced in inhumane conditions without the right material and moral support from its government, it could be a matter of time when the last straw “break the camel’s back”, so to say.

Then again, I would say, it would do well for the current administration to listen and act NOW!