Watching Devs: Is Our Life Determined or Can We Still Make Another World? 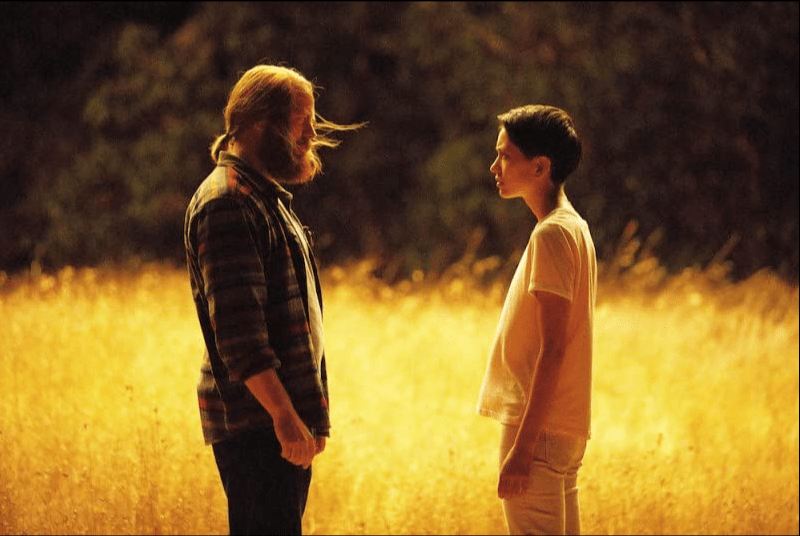 Forest, played by Nick Offerman and Lily, played by Sonoya Mizuno in Devs (2020). Image from IMDB.

Days before the commemoration of our so-called Philippine independence I finished watching the tv series Devs (2020), writer-director Alex Garland’s (Annihilation, Ex-Machina) emancipating miniseries about a technocrat who is in the middle of developing a prediction system. If you would give it a try, its patient explanation of quantum mechanics could just make you understand society a little better and perhaps your own life as well.

Devs for the most part operates on determinism, the principle which claims that the future is as fixed as the past. One of the most crucial scenes involves Katie, the chief designer of the Devs system, as she tries to explain the project to the main character Lily, through a series of questions. “Does anything ever happen without a reason?” Lily answers yes, confident that random events exist. But every supposed random event she gives is unpacked by Katie – a coin flip is a combined result of a number of factors such as the weight of the coin, air resistance, temperature of the room, how hard the coin is flipped, the angle it lands on the surface. The team behind Devs argues that all events happen at cause-and-effect and if one gathers all data about, say, the coin flip, s/he could predict how it is going to turn out and even what happens before it takes place. Devs has managed to gather big data and feed it to a supercomputer which enables it to form visualizations of the past and of the future.

If you try to draw connections among contemporary Filipino artists, the dots will probably lead to the same families, the same universities, the same networks. Together they have formed a community speaking the same language, knowing the same things. They go a long way back. I can’t really remember exactly when I crashed this party but there has always been a feeling of having missed out, of not belonging.

As the daughter of a single mother who managed to rent a cheap apartment in a small-town-minded city, I studied in obscure schools, I had zero knowledge of things my contemporaries were already aware of and even well-versed within their own privileged contexts. If my half-sister had not married the man who offered the possibility of working my way through college in Manila, things would have turned out differently, or should I say, as they’re supposed to.  I would have been stuck in the small-town-minded city, oblivious to the 72 workers killed in a factory fire because the very idea of political involvement would have been demonized, as it is currently being done, in the university where I would have studied.

But not everyone can be as lucky to find a deus ex machina or to inch away, let alone break their own tramlines of determinism. We know it’s a sham when they say, “you can be anything you want to be” because it is primarily our pedigree which determines our resources and options, when they talk of rags-to-riches stories as these are simply exceptions, especially when they sell us how working hard is the best way out of dire straits since there is no way capitalism will ever let that happen. Truth is, slots of opportunity become more and more limited up the triangle and these are seldom available to marginalized communities that compose most of the Filipino population. Having initially operated on the deterministic principle, the Devs system could only provide hazy sound and visual projections. Lyndon, the youngest engineer in the team, fixes this through eliminating some data, which consequently introduces the forbidden Everett Many-Worlds Principle* into the system, to the anger of the determinism-obsessed technocrat.

We have ways to escape our respective deterministic tramlines. There’s the lottery, the promise of jobs in capital cities, of earning better in foreign lands, of easy profit in networking schemes, of an easy escape with wealthy partners, of a better job position at the cost of trampling upon anyone who gets in the way. As for the collective life path imposed upon us by the global capitalist system, English writer Jeanette Winterson accurately describes it in her essay, Imagination and Reality (1995)**:

“Since our economy is now a consumer economy, we must be credulous and passive. We must believe that we want to earn money to buy things we don’t need…When we come home from the inanities of our jobs we can relax in front of the inanities of the TV screen. This pattern, punctuated by birth, death, and marriage and a new car, is offered to us as real life.”

The sight of different sectors crowding together in people’s mobilizations can just be our closest visualization of the Many-Worlds Principle. Its very existence defies many aspects of our deterministic lives–workers should have been in factories creating endless profits for the companies that enslave them, professionals in their cubicles rendering services for companies that enslave them, people in their usual routines, unaware about how they hold the exploitative system together and keep it from crumbling down. Such convention in rallies envisions, demands, and creates an alternative system and world which the current order wouldn’t even let us conjure.

“But there isn’t just one, that’s the point. If he wants one world he has to change the laws of the universe,” says Lyndon, talking about the technocrat who, despite resisting her work, benefits from it in the end.

The current order likewise tries to impose upon us one world, one deterministic reality in which the elite few benefit and the rest of us suffer. But like Lyndon, we too can engineer a new world where we can really be all that we can be, where there would be no powerful countries and families determining the fate of and exercising control over the majority. We will occupy spaces like we do in people’s mobilizations multiple times over and reclaim those as part of this new world where the lives of peasants, workers, indigenous people, teachers, youth, women, and everyone from all walks of life infinitely intersect. #

(Devs is available on hulu.com)