We Who Seek To Settle: Part 10 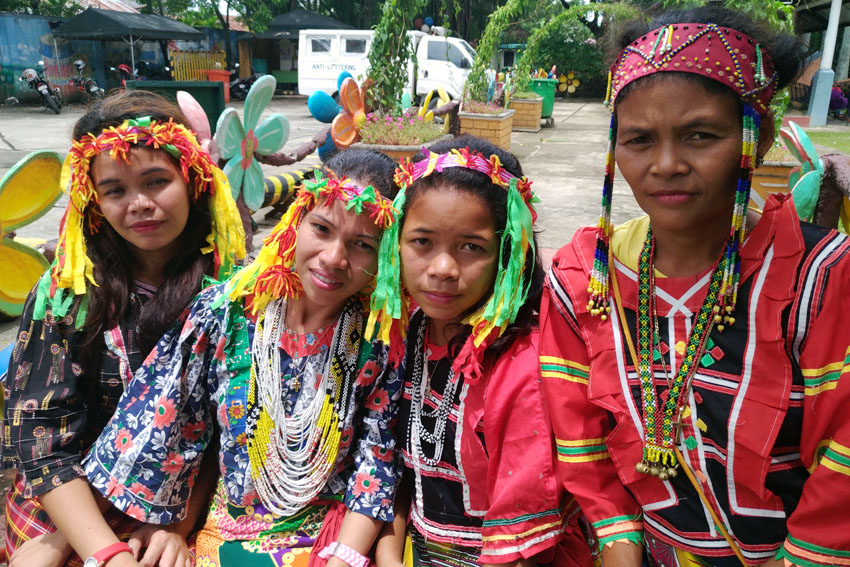 American, likewise, makes an excellent cautionary example of the pitfalls of Settler identity creation: colonial injustice may remain, as it today remains, unaddressed. American identity has remained largely devoid of native American and Polynesian influence, even if the many native tribes are the original inhabitants of the continent. The most we get is a retention of native place names and a few loan words, but even then the names are robbed of their native origins (who remembers that Manhattan was named in Unami Algonquian by the Lenape people?)

In fairness to the Americans, they are not the only example of settler cultures emerging at the expense of the natives, and they are far from the worse. From the emergence of the English identity with the coming of the Anglo Saxons to displace the Brythonic Celts from England, to the disappearance of the Emishi in Japan’s Honshu (and the continued struggle of the Ainu in Hokkaido) with the coming of the sinicized Yamato. A more recent example is the Afrikaans culture that boiled over to Apartheid in South Africa, a possibility that is deplorably not unimaginable in Mindanao’s tri-people arrangement.

In forming a positive identity, the Mindanao Settler must thus seek to define herself against coloniality. She must seek to own the blood on her people’s heads, so to speak. To do this, the Settler must perpetually be aware of the space she shares with the Lumad and the Moro, understanding in all its nuances the place of Settlers in Mindanao history.

There are few successful examples of this, but New Zealand, Australian, and Canadian cultures are the closest I can think of. There is much to do, but these cultures have done more than most other Settler cultures to recognize the primacy – and historical injustice – of and done unto the Maori and the Aborigines respectively.

There are still issues, of course, but Maori culture features prominently in New Zealand culture, so much so that New Zealander identity draws much of its positive presence from influence by, and is largely defined by its relationship to Maori identity. The Australian and Canadian governments have also done much to empower native peoples, and most recently the Canadian prime minister issued the latest of many apologies to the aboriginal peoples of Canada for forcing their children to undergo state education.

In Mindanao this is already starting, but more needs to be done, and a similar borrowing in New Zealand and Australia of Lumad and Moro cultural elements, not in an appropriating or exoticizing but in a celebrating way, should take place. Just as the didgeridoo or the haka are starting to cross racial boundaries, so too must cultural elements like the Pamaas and the cooking of Amik be appreciated enough that the Lumad and Moro feel it natural to share them with us.

At the very least Mindanao variations must serve to be the variations that rectify historical injustice. Where Tagalog from Manila talks of ‘Wikang Muslim,’ and Cebu Cebuano talks of ‘Binago-bo,’ the Tagalog and Cebuano in Mindanao must seek to be more accurate – and therefore more just – in avoiding such homogenizing generalizations. The Mindanao settler must be the Filipino that understands Lumad and Moro realities most.

This push, I think, will best be advocated by those of Lumad and Moro blood who have been assimilated – for what is historical rectification if not fought for and won by the people who deserve it?

This can thus serve to be the cornerstone of the settler identity for the assimilated Lumad or Moro. What defines them as different from their unassimilated brethren can in fact serve to help these brethren, as assimilation can (and must) be exploited by the assimilated to empower their displaced culture. This, I think, is what the Kidapawan mayor Juan Sibug did: while his younger brother Joseph chose to embrace his tribal roots and assert a Manobo identity, Juan remained a settler, quietly providing legal assistance to the Manuvu. Joseph rallied his people from the tribal podium, Juan fought for them in the settler courts.

Is it possible to be both assimilated and return to one’s native roots? Duterte demonstrates that of course it is, although only to a certain extent.

For the biggest problem for many settler identities – the problem of Mindanao hybridity – is resolved by seeking polyphony.

Where the settler is a hybrid –whether of Lumad and Settler, Moro and Settler, of assimilated and Moro, or of Luzon and Visayas ethnicities – there is the pressure to choose which aspect to ‘purify.’ And yet this too – shall we call it the phantom of purism? – is an illusory pressure.

For nothing prevents the hybrid from mastering (or at least embracing) all the components of his Mindanao hybridity. Just because the Manileno is monolingual in a Tagalog bubble does not mean we all have to be limited thus. The Settlers in their Mindanao hybridity must seek to be a people of many faces.

The Ilonggo who was born in Davao must seek to embrace the Hiligaynon rendered unique to Mindanao by history, but she has all the right to also embrace Davao Tagalog and Davao Cebuano as well. The son of a Tagalog and an Ilocano in Kidapawan can very well master both his parents’ tongues, master the Cebuano language that is spoken as lingua franca, and embrace the Kidapawan Tagalog-Cebuano hybrid, learn Hiligaynon to court a girl from Koronadal, even daring to learn Ovu Manuvu if he is intrepid. We have littered our public parks in Mindanao with that odious statue of Jose Rizal in weather-inappropriate clothes, but we have never given a thought to the one lesson we need to learn from the man who managed to learn German in a week.

Just as the Settler must seek to break free from the myth of the totality of the narrative of encroachment and of settlerhood as state agency, so too must he learn to fight the temptation of mono-culturalism. How else would an assimilated Lumad or Moro hybrid seek to justify returning to his roots?

It will be argued that settlers are so diverse – the assimilated, the innumerable possible hybrids, the pure descendants of migrants – that it would be impossible to create a collective identity.

Such a view clearly demonstrates a blindness to the similar sheer diversity of the peoples included under the umbrella terms of ‘Lumad’ and ‘Moro.’ Settlers – like these peoples – may be diverse and varied, but they share the same physical and discursive space in Mindanao.

This is why I believe it is possible to exclude more recent migrants. Such migrants will not understand the struggle to relate to history lessons from a capital we have never been to or do not come from, the sense of uncertain fear as we grow up hearing of the alleged barbarity of Muslims, then the utter shame on hearing of Manili and realizing we have been raised as racists, the uncertainty of our rootedness as we are told our ethnicities do not belong to the place of our birth, the struggle to answer what ethnicity to associate with.

Within the limits of givenness, identity is a choice, and like all choices, to choose to be a Mindanao Settler is a political decision. The clamour to shift to a federal form of government came from Mindanao, but while the Lumad and Moro are secure of their cultural autonomy, the Mindanao Settlers are ironically going to find the idea of defining their own collective identity without a capital or regional motherland to design it for them a novel challenge. With federalism imminent, the impetus to create a Mindanao settler identity is becoming more and more timely.

Mindanao Settler identity has far too long been defined by uncertainty and guilt. It is high time we stop looking out of Mindanao and begin confronting our own realities and histories, here in the land of our birth. Just as our forefathers came to Mindanao to carve a destiny in this unknown land, it is now incumbent upon us to carve identities out of our cultural wilderness. It is time for us to exist positively, in this space we share with the Lumad and Moro, and not simply dwell insidiously in the margins of history and culture. It is time we confront our history and define our destiny. It is time we settle our identity as Mindanao Settlers.

(This whole essay can be read with references on Academia.edu)