We Who Seek to Settle: Part 3 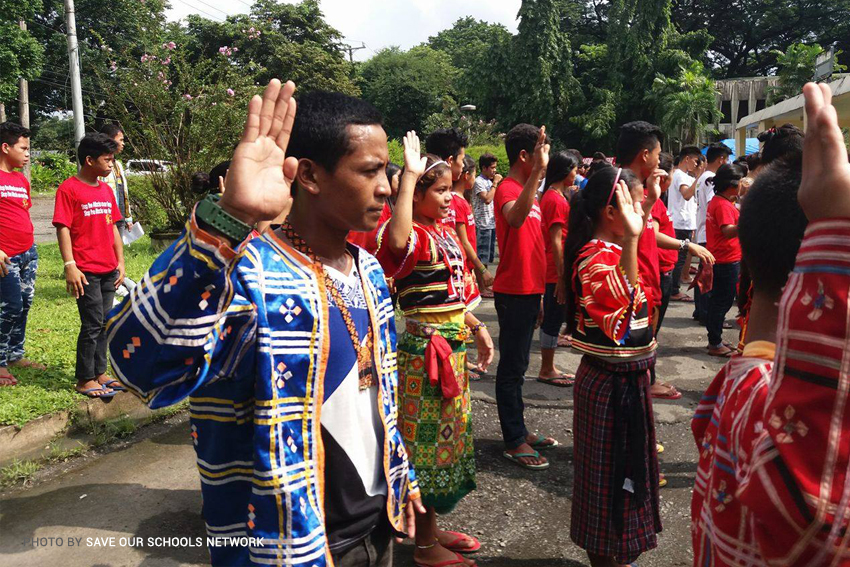 Which is not to say the settler has succeeded in asserting their place in the Filipino Nation. For all the appropriation and settlerjacking, absence still defines the settler’s position in the discourse of country and Mindanao.

Even at the critical, more informed level, settlers are relegated to a footnote, mere byproducts of state encroachment. This is consistent in almost all critical discussions of colonial settlement, as the main impetus for postcolonial and regional study has been the emancipation of the subaltern tribal peoples into whose space colonial and state settlements have encroached.

Such an ignoring of the settler’s condition leads to the self-fulfilling assumption that settler agency is exclusively exercised by the state and its official channels. In E. San Juan’s discussion of the paradox of multiculturalism, for instance, there is only a tacit acknowledgement of the existence of settlers when he takes his discussion to Mindanao. And like many similar discussions which deal with Mindanao’s condition, settlers are discussed as synonymous with the state, with the possibility of local autonomous agency never taken into account. This assumption, made on top of the settlers’ state-orchestrated ignorance, ends up fulfilling itself.

Needless to say, the bulk of such introspection into Mindanao is done by critics from Manila (Braga and San Juan are Manila-educated), and occur within Manila space, addressed to Manila or foreign audiences. The few settlers who do take part in the discourse focus on the Lumad and Moro narratives, and again address themselves to the centers of power, invariably outside Mindanao. The closest attention paid in Mindanao to the settler condition has been by the Marxists, who nevertheless often succumb to the temptation of dismissing settlements as Bourgeoisie in an ethnic anti-colonial paradigm of class oppression.

The tendency of settler critics not to take the settler as subject of scrutiny and prefer to participate in Lumad and Moro discourse – a form of Settlerjacking, one may argue – means settler agency is not autonomized, and settlers remain invisible, mere agents of state encroachment, in the discourse of Mindanao.

On the less critical, still colonial narrative of the homogenized Filipino nation, settlers are equally and to some extent paradoxically marginalized. Total state agency of settler identity is taken for granted, and yet the extent to which the settler is able to take part in the powerplay of the democratic republic is negligible at best. With power concentrated in Manila, the settler has little say in defining his own state-sanctioned identity.

And to what extent does Imperial Manila take into consideration the Mindanao settler’s particular realities in designing the Filipino-ness it will impose? When even the empowered regional identities like Cebuano and Ilonggo are still unable to achieve equality with the Tagalog hegemony, the unarticulated Mindanao settler identity does not even register as a concern. On the rare occasion that Mindanao is considered by some as a regional space, Imperial Manila sees only the Lumad and Moro identity as potential cultural constituents.

A Mindanao settler identity, it will be argued, does not exist. As if identity and its absence were definite and fixed, and as if cultural identity was simply curated and not catalyzed into dynamic existence.

There is a certain cruelty to how the few Manila thinkers like Braga and San Juan who do discuss settler identity do so. Again, as the dominant subject of critical discourse in Mindanao are the Lumad and Moro narratives, settlerhood is problematized, but only to contextualize the Lumad and Moro discourse,  no positive identity for the settler is established. We are foreign encroachers and puppets of the Filipino nation, but what else can we be? Nobody bothers to give an answer.

Paradoxically, while Mindanao is seen as being bajo de la campana, it is also ‘Moro country’ in the Filipino imagination. This is the result of the opposing narratives of the State and of Lumad/Moro empowerment: while the local governments promote their Mindanao as ‘peacefully Christian,’ all that makes it to national news is the violent struggle of the Moro. Firearms call more attention than festivals, so the Filipino public has invariably imagined Mindanao as a Moro wasteland.

What this does to the Mindanao settler is a further loss of identity. Settlers are crudely thought of as Moro. ‘Oh you’re from Mindanao?’ my mother recalls being told when she was a student in FEU in the ‘80s. ‘Are you a Muslim?’

This Reverse Assimilation, the form of discrimination the settler suffers, is evidently an entirely accidental phenomenon, but it is in a way the basis for the homogenized Mindanao identity that underpins settlerjacking.

There is, as mentioned, an ongoing clash in the discourse of the Filipino nation between the homogenizing Tagalog hegemony with its embodiment in Imperial Manila and the different regional cultures, most vocally Cebuano and Ilonggo. In this power struggle Mindanao has had no chance to take part, as the disputes in Mindanao have largely been among the three peoples (more precisely, the tribal communities of the Lumad and Moro against the state backed Settlers). The dispute in Mindanao has been over Mindanao, and its people are too busy with this internal dispute to define collective identities and take part in the Regional struggle.

The homogenized Mindanao that settlerjacking implies offers an opportunity for the Settler to assert themselves in the National debate (with the Lumad and Moro questioning their very place in the Nation, this impetus invariably comes from the Settlers). While inevitably serving to silence the Lumad and Moro, settlerjacking as a response to Imperial Manila’s Reverse Assimilation, I believe, nevertheless reveals that the settler isn’t simply a complicit agent to state encroachment of Mindanao.

Mindanao settler resentment, of course, isn’t purely cultural and symbolic. It is often political. The top-down unitary state to which the Mindanao settlers pledge allegiance has historically neglected Mindanao. Development all but trickles down to ‘farflung Moroland,’ with public services and infrastructure remaining deplorably poor. The few instances of administrative success in Mindanao – Davao, General Santos, and other urban centers – are homegrown and have only started benefiting from an increased IRA after starting to excel on their own, no growth in Mindanao is state-funded like in Metro Manila.

Politically, the people of Mindanao – settler, Moro, and Lumad alike – remain disenfranchised even as several Mindanao families are able to occupy the National stage (the Zubiris, the Pimentels, and historically the Almendrases). This is partly because political power is still centered in Manila – like the Filipino Chinese the Mindanao families have to choose to be assimilated into Tagalog hegemony to maintain political ascendancy and be granted fiefdom over their Mindanao locales (the Padrino system). As such the Mindanao agenda remains neglected – the concern at most of the enfeoffed hillbillies, or worse the vested interest of these dynasties. Even with Duterte as president, the National government has to worry about the traffic in Metro Manila before thinking of building roads in Lanao.

Mindanao is the land of the unitary state’s unfulfilled promise, the settlers no better than conned victims relocated by the Americans, or by the Magsaysay and Marcos administrations. All this state neglect comes with the added burden of Reverse Assimilation. (davaotoday.com)