We Who Seek to Settle: Part 6 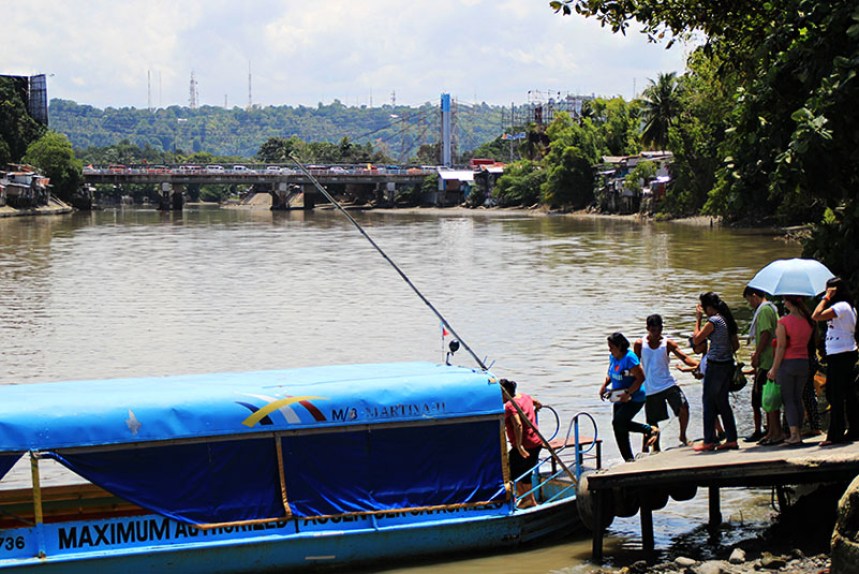 BOAT RIDES. Instead of crossing the Bangkerohan Bridge, commuters who want to travel from Magallanes riverside to SIR, New Matina riverside, vice versa can traverse the Davao River through these boats for ​two pesos per ride.

The sentiment motivating “I am from Mindanao” is largely antagonistic to the Imperial Manila gaze, under which Mindanao is solely Moro country, and the supposed settlerjacking is in fact a way by which Settlers remind the Moro community of their shared space, and the Settlers’ means of sharing the struggle of anti-terrorism with them. This only becomes truly settlerjacking if the Settlers remain ignorant of the Moro struggles – something which, given how the matter has been foregrounded by the Marawi crisis and the reactions of thinkers like Mangansakan and Braga, seems much less likely, and will only happen if there are active efforts to perpetuate ignorance and division.

Marawi’s destruction is also beginning to highlight the rich culture of the Maranao, with nationwide lamentations of the destruction of old mosques and other cultural artifacts. The tide of homogenization is lower than ever, specially among the settlers, among whom awareness for the rich Moro and Lumad cultures are increasing more and more. Derogatory terms like Muklo’ and Botini – insulting words my father often used against the Moros and Lumad respectively – are now almost archaic, and the Settler’s cultural inferiority complex is becoming more and more widespread in Mindanao. Settlers are just as likely now to decry Filipino homogenization as the Moro and the Lumad.

But the Settlers, in their defiance of the homogenized Filipino, continue to be themselves culturally void.
To counter this (and taking a cue, I suspect, from the Lumad and Moro), they often return to their own ethnic origins: the Cebuanos, Ilonggos, Ilocanos of Mindanao all resist Imperial Manila encroachment by strengthening their identification with their regional ethnicities.

And thus the settler is revealed to be in opposition not just in the struggle against the homogenizing Filipino nation. There is also a less articulated, although equally violent struggle between settler identity and that of their motherlands.

In the case of the Tagalog in Mindanao, this is synonymous with the homogenization, as the resistance is against the Manila standardization of Tagalog identity and language.

For the other ethnicities it is less highlighted but is thus much more severe.

Like Tagalog, there is among the regional identities a tendency to homogenize, and with the lack of articulation of local identity the Mindanao settler is often easily taken in by this more subtle homogenization.

Such is the glaring case with the Mindanao Cebuano. The affectionate portmanteau demonym Bisdak – Bisayang Dako, “a big Bisaya” – is liberally applied to (and used by) Cebuanos living in Mindanao, completely oblivious to its homogenizing tendencies. This homogenization makes its violence evident when the Cebuano language is concerned. The Cebuano spoken in ethnically diverse cities like Davao is readily dismissed as “wrong,” “corrupted,” and “bastardized” (to use the terminology of a UP Dilliman student who made a thesis on it) with Tagalog influences. It is often not accepted in publication venues as it does not conform to the “standard” form used in Cebu. If anything the Mindanao (specially the Davao) Cebuano is a Bisayang Gamay, a lesser Cebuano, whose culture and language – and whose collective identity – is regarded as an inferior version of the “authentic” one in the motherland.

The settler-as-Filipino may react with antagonism now at Imperial Manila’s homogenization of National identity, but derision of Mindanao variation by the regional purists only elicits from the Mindanao settler an expression of apologetic self deprecation.

And so the Mindanao settler continues to be neglected, denied of cultural agency and identity.
This is as a side to the regional language movements that is rarely articulated – Deriada talks about “Iloilo Imperialism” and Macario Tiu often picks fights with “Cebuano purists”, but not much is written about this. For the sake of purism against encroachment by other languages (studies on the deterioration of fluency as a result of multilingualism are always cited here), variation is not tolerated, especially if it happens outside the motherlands. Of course this is Manuel L. Quezon imposing Tagalog all over again: just as the Tagalogs saw the whole archipelago as “Tagalog republic,” so too do Cebuano and Ilonggo and other regional advocates see one homogenous identity for their ethnicities.

If the Tagalog imposing his language on the Cebuano is Edilberto Tiempo’s “Fourth Colonization,” then I contend that the regional motherlands’ imposition on their variety of their languages and cultures is tantamount to a Fifth Colonization, that by the regions on Mindanao settlers.

For this dismissal of any Mindanao variation of regional identities leads to a disregard of the unique experiences and circumstances that define settler identity.

In the Cebuano spoken in many parts of Mindanao, one uses the verb tabok to mean the crossing of roads. In contrast, the Cebuano in Cebu would use labang, with the word tabok used for bodies of water. I speculate that the use of tabok in Mindanao is a hangover of the Mindanao Cebuano’s collective consciousness of a history of maritime travel: in order to get to Mindanao, the Cebuanos had to cross seas far wider than the narrow straights that separate the Cebuano-speaking heartlands of Cebu, Negros, and Bohol. Upon arriving in what would have then be largely wilderness and living in an initially rural settlement, the memory of urban roads might slowly have disappeared in the collective imagination of settler Cebuanos, such that all crossings of note are crossings of rivers and seas. The word tabok would thus betray over a century of settler Cebuano collective experience and divergence from the urban Cebuanos left behind in the homeland.

This largely rural, road-less living may also explain (although here I am bordering on philological speculation) the retention of the ‘l’ in words where they would be quickened into a ‘w’ or omitted entirely in Cebu Cebuano: it’s still ‘sulod’ and ‘balay’ in Mindanao while it’s ‘suwod’ and ‘ba’y’ in Cebu. The fast-paced, hectic life of an urban Cebuano may have been reflected in this morphophonemic change, while there was no reason so speak so rapidly in the farms in Mindanao, where one had all day to do what was needed.

But instead of cherishing such visible signs of history’s effect on culture and language, the Mindanao Cebuano is simply told that labang is the “correct” word, and pronouncing the “l” doesn’t make you a proper Cebuano speaker. Their history and collective experiences are not even worth the attention, Mindanao settlers are always just wrong.
And we all know what happens when history is ignored. (davaotoday.com)