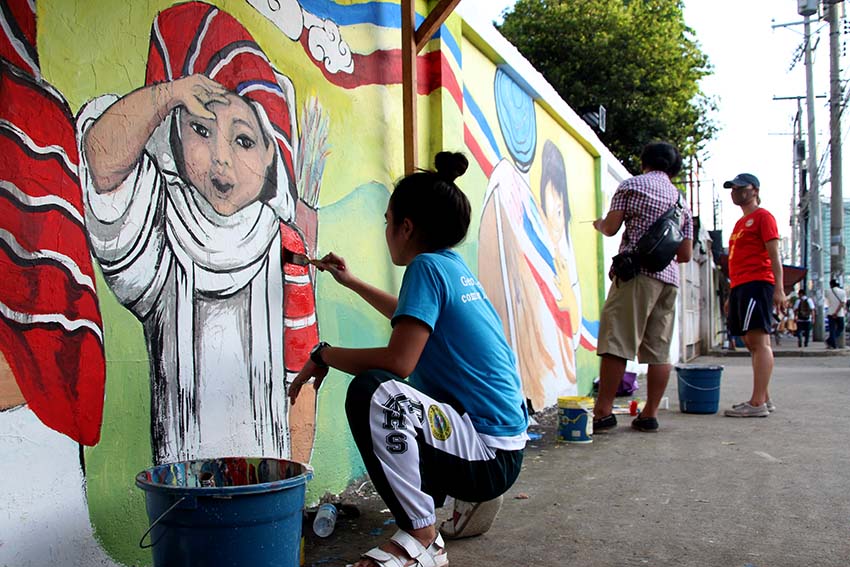 TALENTED COAST GUARDS. Two members of the Philippine Coast Guard contributed to the mural organized by the Inter-Agency Council Against Human Trafficking on Friday, Dec. 2.

DAVAO CITY, Philippines – Some 60 artists here began painting the walls outside the Southern Philippines Medical Center – Institute of Psychiatry and Behavioral Medicine with images of what they described as the “ideal trafficking-free environment for children.”

The artists from government agencies, universities, and non-government organizations, collaborated with the Inter-Agency Council Against Trafficking in Davao Region for the project in line with the campaign to educate the public about human trafficking.

“We portrayed positive images of children. This is how they should be: free to live and free to dream,” said Assistant Regional Prosecutor Ritzel Rabor-Polinar, Friday. 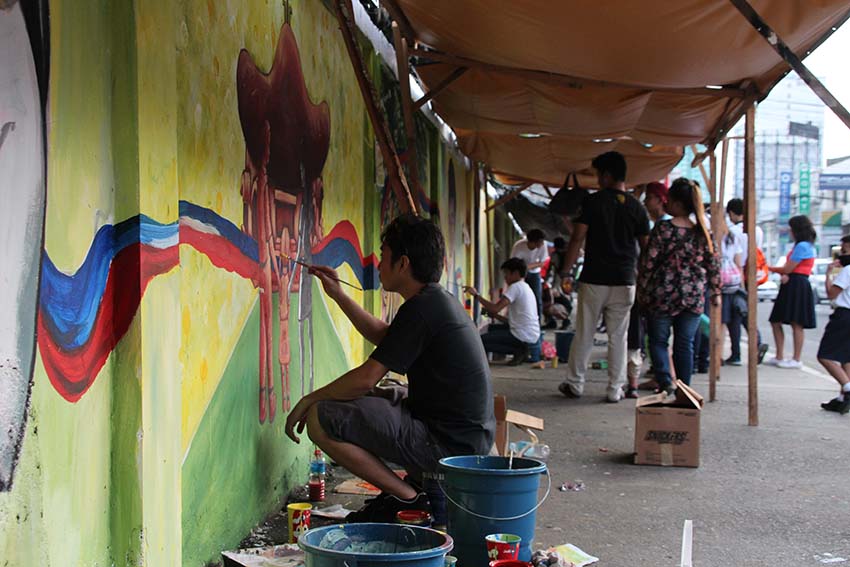 FAMILY. An artist paints a child going to church as part of the mural painting organized by the Inter-Agency Council Against Human Trafficking. (Paulo C. Rizal/davaotoday.com)

The activity was in accordance with IACAT’s campaign against human trafficking with the theme, “Violence-free community starts with me.”

To create the mural, the artists came up with a single, unified image depicting different scenes. The walls were then divided among the artists and the design was mapped out. A long strip of red and blue meant to signify the Philippine flag runs through all of the paintings, unifying them to create a cohesive picture.

The mural will be officially unveiled to the public in Dec. 12. (davaotoday.com)