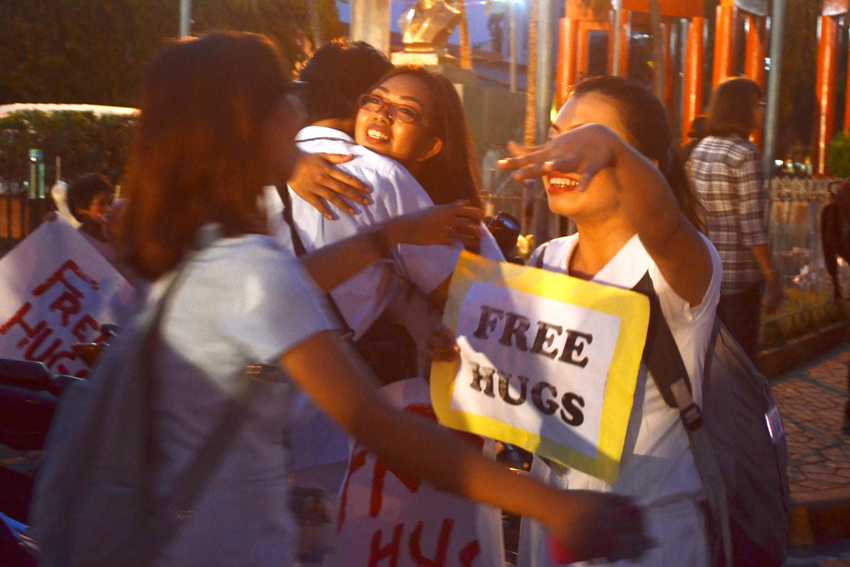 Students of the Ateneo de Davao University give free hugs to those who visit the memorial site of the deadly blast in Roxas avenue, Davao City that killed at least 14 people. The Project Free Hugs is organized by various local and media groups with a hope to uplift the morale of the local residents after the tragedy. (Zea Io Ming C. Capistrano/davaotoday.com) 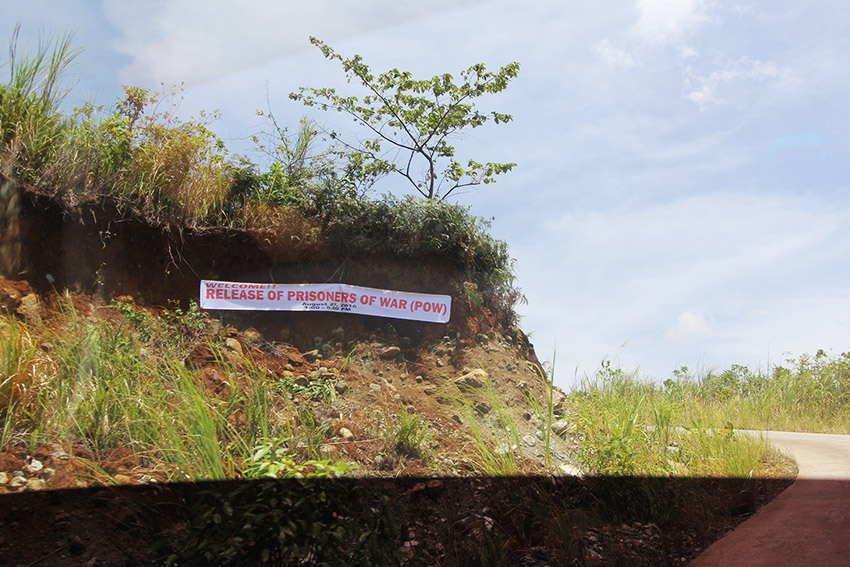 After 34 days in captivity, three police officials and a non uniformed personnel were released by the New People’s Army on Saturday afternoon, August 27, in a village in Barangay Mat-i here. 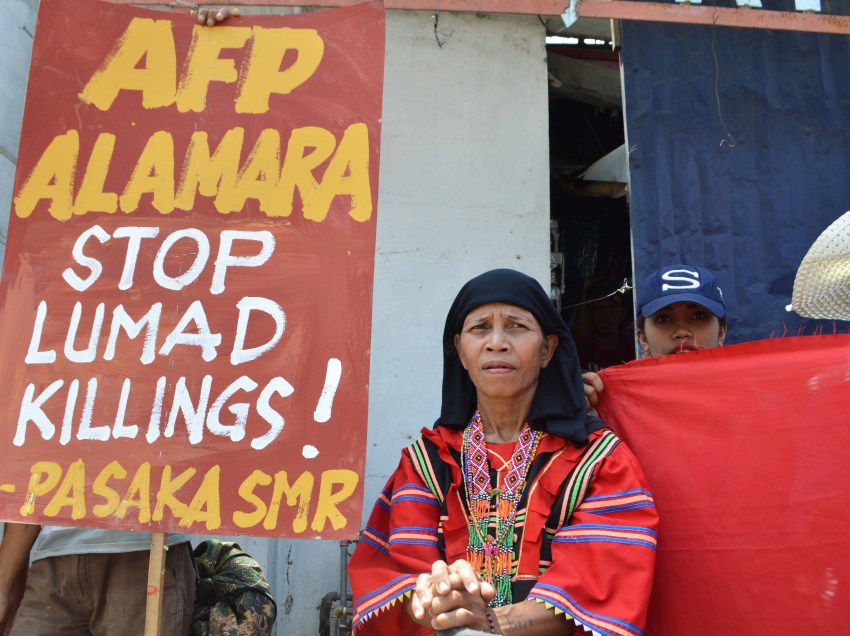 Hundreds of Lumad and farmers gathered in front of the headquarters of the Eastern Mindanao Command at the Naval Station Felix Apolinario in Panacan here, on Friday morning, August 26 to present their concern regarding militarization of their communities. PHOTOS | IP, farmers call for release of all political prisoners

PASAKA Southern Mindanao Lumad Federation Secretary General Jong Monzon said that the criminal cases filed against were “fabricated” and filed only “with the intent to pacify” their resistance. 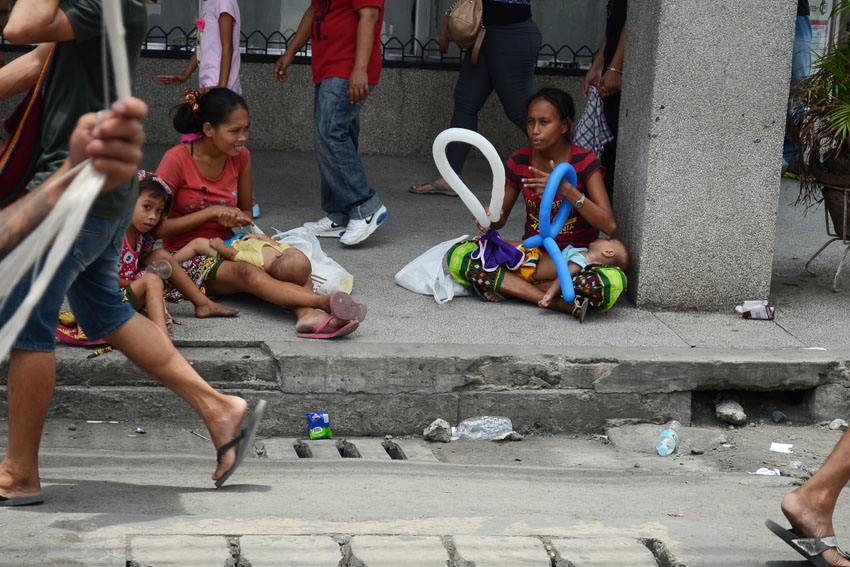 Sama Badjao women with their children sit along C.M. Recto street in Davao City to ask for alms from passersby during the floral float parade on Sunday, August 21, 2016. The Sama Badjao is one of the 11 tribes in the city for whom the Kadayawan celebration is dedicated, however, their plight has yet to be addressed by the government. (Zea Io Ming C. Capistrano/davaotoday.com) 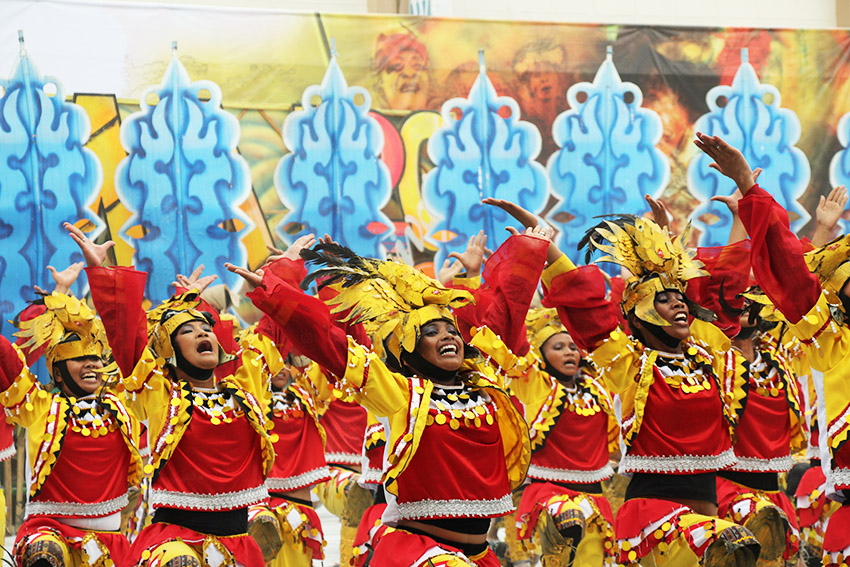 Fourteen entries from all over Mindanao competed in this year’s Indak-Indak sa Kadalanan. (Paulo C. Rizal/davaotoday.com) In Bibinayo, the Lumad tribes pound “palay” (pre-husked rice) and separate grain from the chaff in a given time. (Zea Io Ming C. Capistrano/davaotoday.com) 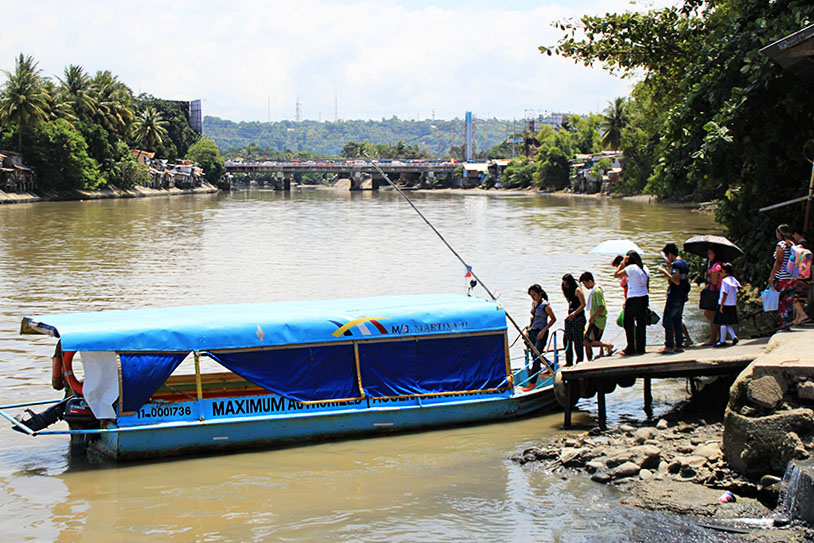 Instead of crossing the Bangkerohan Bridge, commuters who want to travel from Magallanes riverside to SIR, New Matina riverside, vice versa can traverse the Davao River through these boats for ​two pesos per ride. (Paulo C. Rizal/davaotoday.com) Apart from being the biggest source of fresh goods in Davao City, Bangkerohan Public Market is also home to one of the biggest convergence of stalls that sell used clothing. (Paulo C. Rizal/davaotoday.com)