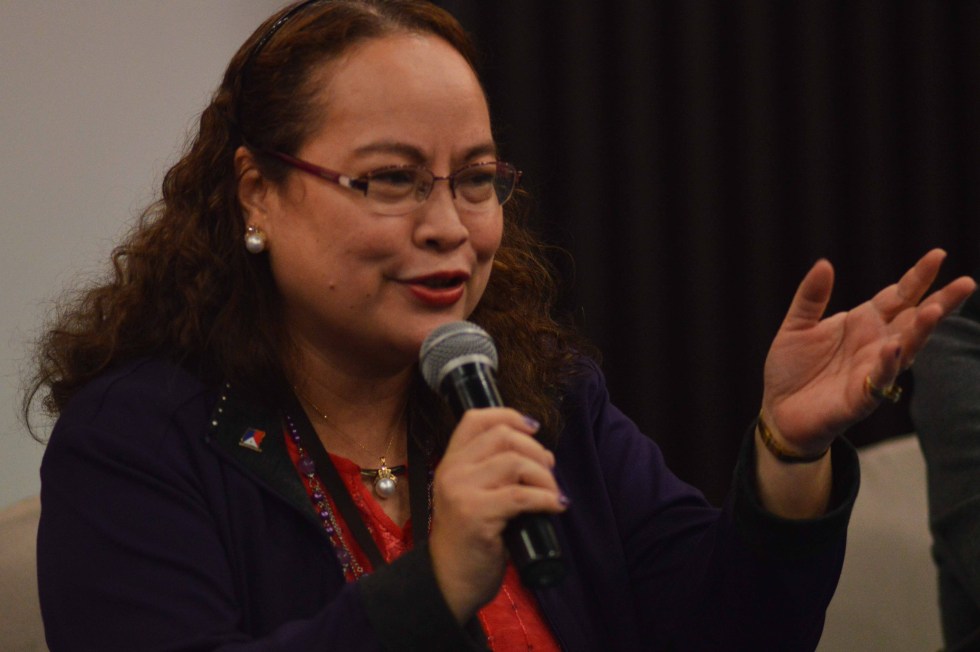 DAVAO CITY, Philippines – Health Secretary Paulyn Jean B. Rosell-Ubial believes that failure on the part of Mighty Corporation to pay taxes will have an impact, not only on the economy of the country but also to the health programs and services of the government.

“The tax evasion on these tobacco products deprives the poor of essential health services that are substantially prioritized for them. Needless to say that tobacco smoke is a serious threat not only to the smokers but also to the nonsmokers who are at risk of the same harmful health consequences”, Ubial said in a statement.

Inspections made by the Bureau of Customs in the past months to Mighty Corporation resulted in the discovery of what the agency dubbed as tax anomaly through the use of fake excise stamps in packs of its cigarette products.

BOC estimated loss the government will incur through unpaid taxes amounting to 9.56 billion.

The Sin Tax Reform Law or the Republic Act 10351 collects funds from the excise tax charged on tobacco products.

The law’s aim is to sustain the Universal Health Care Program of the government in executing health-centered priority programs especially to the destitute sectors of the society, the health chief said.

She also reiterated that “the projected losses are derived from depleted income from getting sick and premature death as a result of smoking-related diseases such as lung cancer, chronic obstructive pulmonary disease (COPD), heart disease and stroke.”

The diseases, she added, are just four of the more than 40 diseases associated with smoking, in addition to the emotional cost of losing a loved one, emphasizing that the unpaid taxes could have been allotted for the procurement of medicines and pay for the medical treatment of those affected by smoking-related diseases.

A data provided in the statement outlined the impacts of Mighty Corporation’s non-payment of taxes, including the appropriation of additional health funds could defray costs in deploying health personnel to serve communities and providing adequate amounts of commodities.

“Around 10,123 nurses are currently deployed in the field. To achieve the ratio of 1 nurse per barangay, a total 31,913 nurses are needed needing an additional yearly budget of P21.1 billion. These funds are urgently needed to be able to meet the required number of healthcare providers to sufficiently serve the constituents particularly in deprived areas,” the statement added.

The Department of Health further stated that the estimated cost of paying for the medicines of poor residents in the country this year will amount to more than P14 billion.

“The Sin Tax grants DOH to utilize revenue for the Medicine Access Program (MAP) that provides expensive medicines to indigent Filipinos. The DOH program also distributes oral maintenance medicines to 1,157,563 hypertension patients and to 441,642 patients being treated for diabetes. With an increase of a mere 1 Billion pesos to the program, the DOH would be able to give medical attention to 3,975,421 patients with hypertension, and 1,705,030 with diabetes.”

The concern of DOH was also supported by the Department of Finance.

In the same statement, Finance Secretary Carlos Dominguez III expressed support to DOH as he vowed to intensify the department’s commitment to the Sin Tax Law and allocate more funding to strengthen the health programs and services in the country.

“Correct payment of taxes is the way to revolutionize health services for our people and even save many lives”, Dominguez said.

PHL is winning war vs smoking

Last month, the DOH said that interventions to control tobacco us in the country are gaining ground, particularly the tobacco taxation, or the Tobacco Tax Reform Law of 2012, that resulted in the significant drop in the number of smokers.

“This figure represents a relative reduction of close to 20 percent of smokers or in simpler terms, one million Filipinos have quit tobacco use – the biggest decline we have seen in Philippine history, and we can do more to stop the suffering caused by this epidemic,” the DOH said last March.

The agency added that other measures, such as the graphic health warnings, local ordinances, and advocacy of the health sector in strong partnership with civil society also contributed to the decline of the number of smokers.

The DOH also presented a 2015 data from the Philippines’ Global Adult Tobacco Survey (GATS) that said only 15.9 Filipino adults smoked tobacco products in that year; 40.3 among men and 5.1 percent among women.

The data also took note of the decrease to 50 percent of women smoking during the year which the survey described as “a sign that measures to counteract smoking among women are working.” (davaotoday.com)