Duterte to gov’t workers: prove you deserve your salary 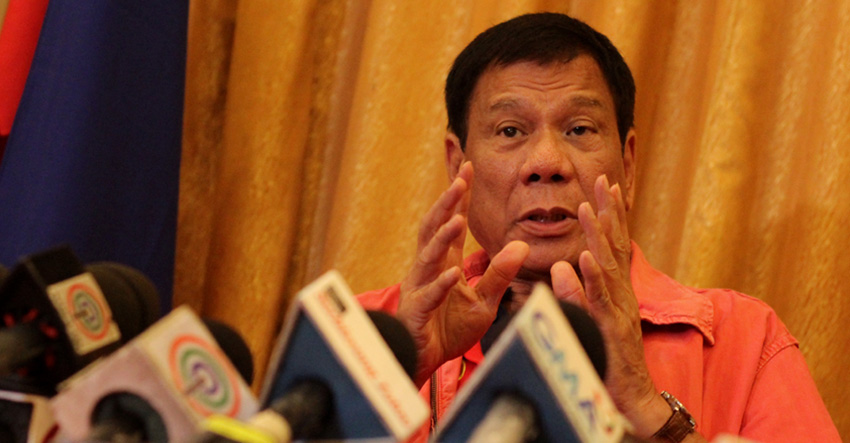 DAVAO CITY – President-elect Rodrigo Duterte said government employees should prove to the public that they deserve the salary they receive.

He issued the challenge after he blamed the police on the concert tragedy that befell five people in Pasay City last weekend.

Duterte said there was a failure of law enforcement.

“Failure of intelligence. You should have been there right before the start,” Duterte told the media here midnight Thursday, May 26.

“Andun na kayo, nangangamoy na kayo. P*tang *na karami niyo dyan sa Maynila. Bakit kami magbayad ng sweldo ninyo kung ganun? (You should have been there and started working. Son of a b*tch! There are so many of you there in Manila. Why now should we pay for your salary),” the tough-talking leader said.

“This time, every government worker must prove to the people that they deserve the salary.”

The National Bureau of Investigation on Wednesday revealed that two of the victims had ingested something that damaged almost all of their internal organs, while the other two showed that they suffered sudden cardiac death. However, the NBI’s forensic division is still finalizing its report.

But Duterte believed that the victims have taken a “deadly mix” of substances “that are intended to kill people.”

He said parties and entertainments are where drug trades proliferates.

“Any Grade 1 in intelligence would tell you that is the market of the drug (trade),” he said.

On Thursday, Duterte also revealed of a massive reshuffle on government officials, including in the Philippine National Police and the National Bureau of Investigation.

“There will be a massive reshuffle so I’m putting notice now to everybody,” he said. (davaotoday.com)