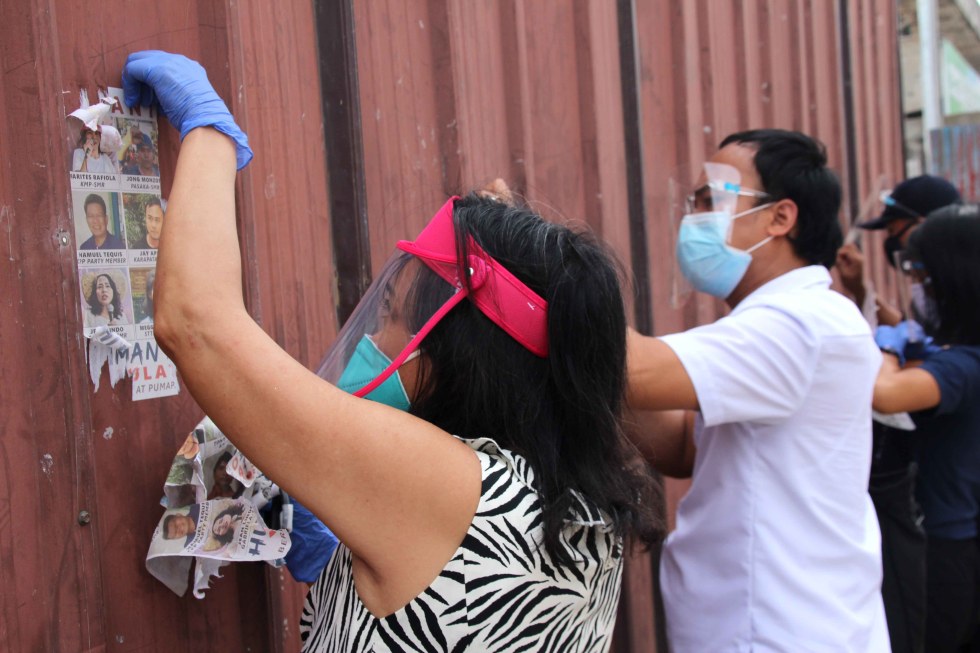 DAVAO CITY, Philippines – Activists and rights defenders went around the city on Monday to remove posters that tagged them as “human rights violators” and “berdugo” (butchers), which they deemed is a threat to silence their advocacy with the Anti-Terror Act in effect.

The posters tagged a bishop, a doctor-environmentalist, a Lumad school teacher, and five sectoral leaders based in Davao, while a Manila-based child advocate was included as well.

The group also filed a complaint on this matter before the regional office of the Commission on Human Rights (CHR) and the Davao City Police Office.

“Such irresponsible and illegal act sends a chilling effect on the exercise of freedom of expression and opinion of these progressive individuals and organizations, and threatens their personal security and safety as well,” de Guia said.

The CHR urged local government authorities in Davao City to immediately investigate to find out who is behind these posters. De Guia also said they will also conduct an independent probe.

Apiag said it is clear to them that elements of the state are behind this attack on him and other rights defenders.

“We can only point squarely to the rabid mercenaries in the state, who have glaring records of attacking activists and rights defenders with lies,” Apiag said.

“It is fact that many of the Facebook pages and Twitter accounts of the police and military habitually post and share such harmful, baseless, malicious attacks on progressive organizations and its leaders and even on journalists and Lumad as ‘terrorists’ or ‘terrorist sympathizers’,” Apiag added.

Karapatan noted that this is the second wave of posters that came out in less than a month after the Anti-Terrorism Act came into effect. 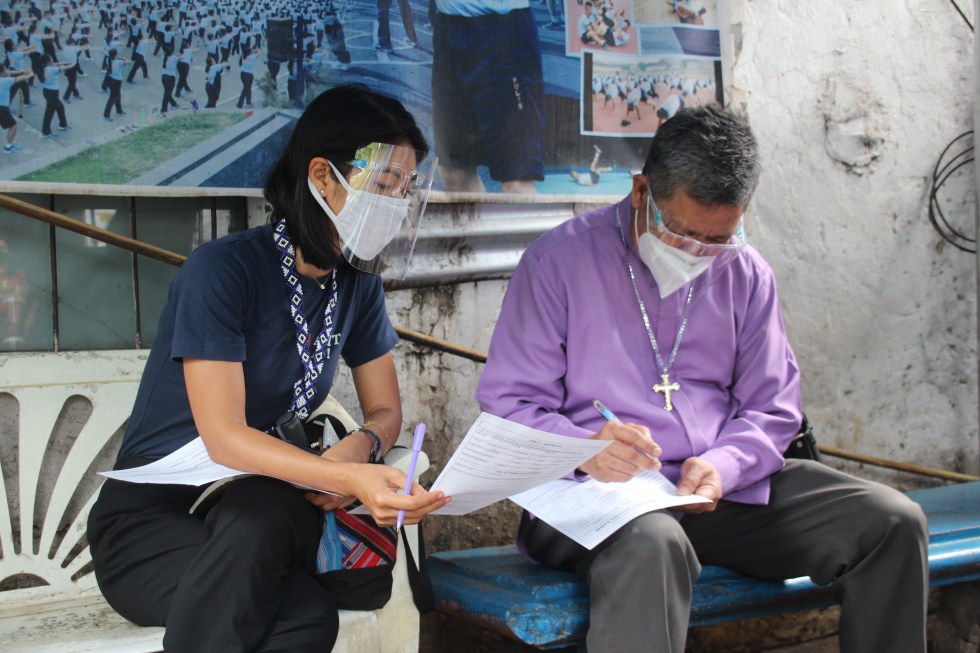 Meggie Nolasco, executive director of Salugpongan Community Learning Center and Bishop Hamuel Tequis of the United Church of Christ in the Philippines – Southeast Mindanao Jurisdictional Area during the filing of police blotter regarding the propaganda posters that tagged them and other rights defenders as “wanted, berdugo” spread in the city last week. (Ken E. Cagula/davaotoday.com)

Nolasco warned that the latest vilification campaign “foreshadows more cases of state terrorism” especially with the enactment of the anti-terror law.

She said that attacks on Lumad schools all over Mindanao are still reported even during the pandemic, such as forced closures of schools, interrogation of students and red-tagging of students and schools.

Both Apiag and Nolasco are part of a group of Mindanao advocates that filed a petition e to the Supreme Court to question the constitutionality of the Anti-Terror Act.

Apiag added: “We are fully aware of the gravity of such attacks and its possible repercussions with the spate of repression aided by the Anti-Terror Law. But this is not the time to be cowed or silent. It is a call of duty for us rights champions to stand firm by our mandate, and our conscience, to fight for the rights of the people amidst the shrinking democratic space under this regime.”

The Anti-Terror Law is currently facing 27 petitions from various groups which questioned several of its contentious provisions. The Supreme Court will be hearing oral arguments of the petitions on the third week of September. (davaotoday.com)