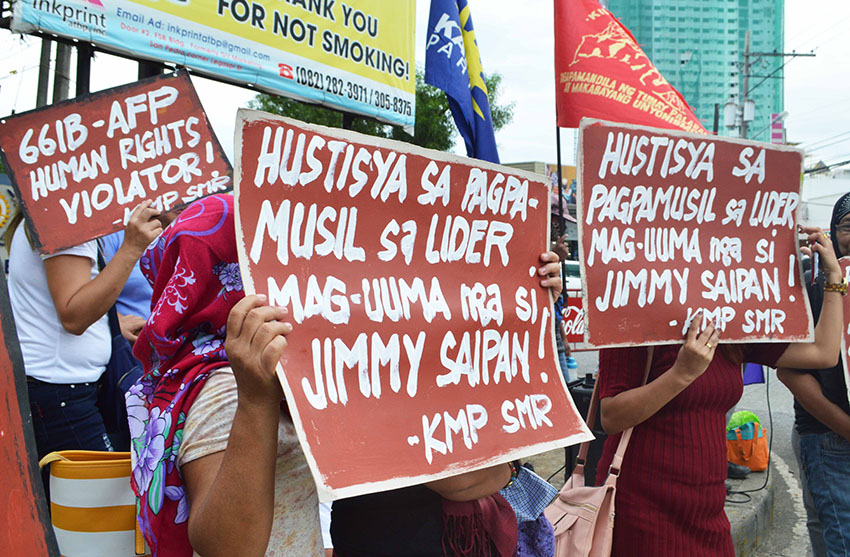 Davao activists held a rally to condemn the shooting of farmer Jimmy Saypan on Monday morning, October 10. Saypan died in the hospital the next day. Three days after the attack against Saypan, another activist was shot in Mabini, Compostela Valley province. (Medel V. Hernani/davaotoday.com)

Apiag wrote the details of Pasaporte’s death via his Facebook account. He said that Pasaporte was shot by unidentified gunmen while on his way home at exactly 5:20 p.m Thursday.

Pasaporte is the second activist killed this week after Jimmy Saypan, an anti-mining activist and a peasant leader of Compostela Farmers’ Association, was gunned down Monday, Oct. 10.

Apiag accused the Army to be responsible for Pasaporte’s death. He added that Karapatan, as of press time, is presently investigating the case to gather more evidence.

Apiag viewed the senseless killings as a well-planned attack against human rights  workers and anti-mining activists in Compostela Valley province.

The Army has yet to give a statement on the incident. (davaotoday.com)