CHR set to finish probe of trafficked Manobo in Pangasinan 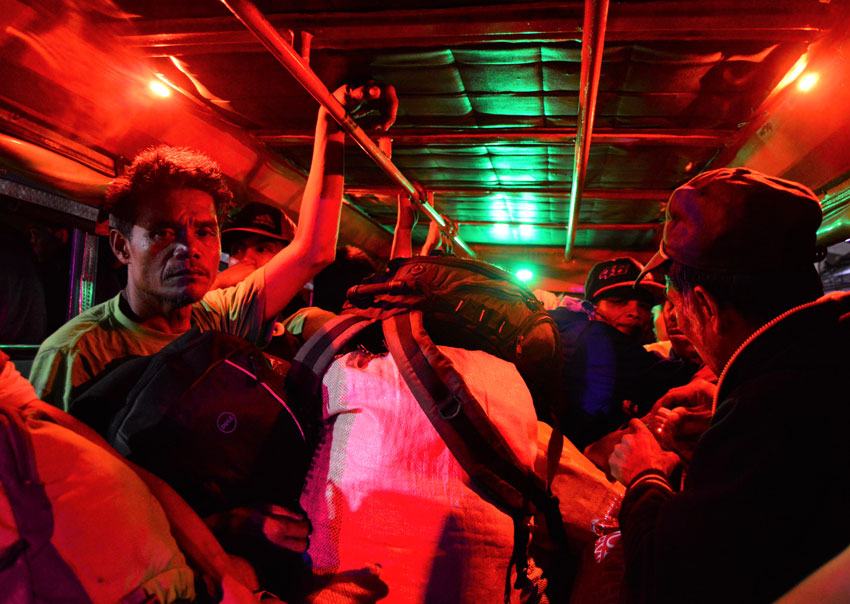 In this file photo taken on July 8, 2019, members of the Manobo-Pulangihon tribe from Quezon, Bukidnon, were ready to go back home after their arrival at the Cagayan de Oro port. The group escaped from their employer in Pangasinan whom they accused of maltreating them. (Jigger J. Jerusalem/davaotoday.com)

CAGAYAN DE ORO, Philippines — The Commission on Human Rights (CHR) National Office is now finishing its probe on the case of trafficking of 30 Manobo from Bukidnon recruited to work in a fish farm in Pangasinan.

CHR investigation officer Ronnie Rosero said they have sent an invitation to the fish farm owner Arian Hao to appear before their office to give his own statement on the accusations.

Earlier, the CHR had gotten the statement of the recruiter of the Manobo, a certain Danny Talisan, who is also a Lumad. According to Rosero, Talisan told them that he too was duped by Hao by not allowing him to leave Pangasinan.

The 30 Manobo-Pulangihon were recruited by Talisan to work in Hao’s farm starting May 12, 2019 with the promise of receiving 7,500 in monthly salaries plus free food and lodging.

But according to one of the Manobo, Jonathan Sampitan, they were not paid and were forced to live in terrible conditions.

The 30 Manobo escaped two months later, and were assisted by Lumad and peasant organizations to make their way back home.

Rosero said Hao has yet to arrive at the office to give his position.

He said that the CHR’s findings can be used as supporting documents should the Lumad and their lawyers decide to take legal actions on Hao.

The Lumad’s lawyer, Beverly Musni of the Union of Peoples’ Lawyers in Mindanao, said they can possibly file charges of human trafficking and labor-related issues on the accused. (davaotoday.com)