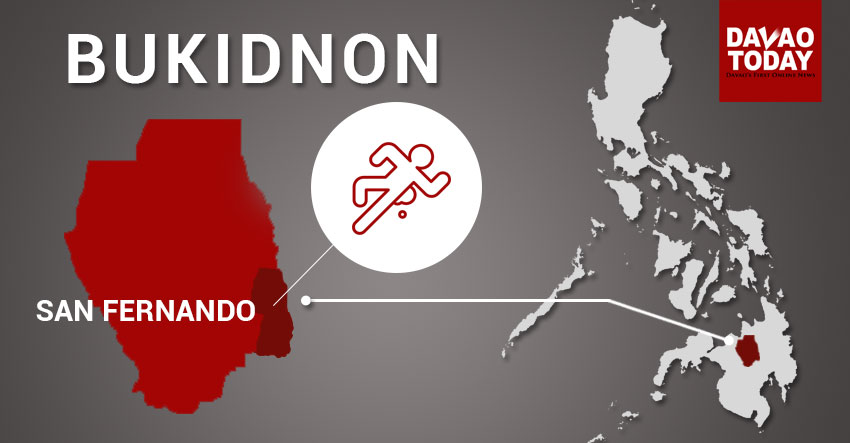 CAGAYAN DE ORO, Philippines — Two members of a progressive farmers’ group in Bukidnon were shot by a masked gunman Friday in San Fernando, one of them was killed on the spot.

The human rights group Karapatan said the victims are Guillermo Casas, 42 and Jocelyn Casas, 45. The two are members of Kasama-Bukidnon, a local peasant group affiliated with the Kilusang Magbubukid ng Pilipinas.

Police investigation showed that the victims were inside their store in Barangay Halapitan when they were shot by the masked gunman using a caliber .45 pistol, and fled with four companions aboard motorcycles.

Guillermo was hit in hand and neck that caused his death, while Jocelyn was wounded in the leg. They were brought to a government medical facility after the incident.

Police have yet to determine if the Casas are legally married.

It was yet to be determined why the victims were targeted by the assailants, but Karapatan said this is the tenth incident of extrajudicial killing case Karapatan-Bukidnon documented in the half year of 2019.

They said Jocelyn is the first survivor of such attacks in Bukidnon this year.

Another member of Kasama-Bukidnon, Nonoy Palma, was killed in the same barangay and in the same manner on June 16, 2019. (davaotoday.com)